Click here for Part Six of The Lost Dutchman Mine

One of the most intriguing figures embroiled in the Dutchman mystery was George “Brownie” Holmes. He was born April 11, 1892, just a few months after his father, Dick Holmes, allegedly received a box of gold ore and a list of directions from Jacob Waltz. He was born into the hunt for the Dutchman’s gold and spent his entire life searching. Brownie lived to be eighty-eight years-old, passing on his birthday in 1980. During his time, he crossed paths with most of the original searchers and was in position to follow Waltz’s trail while it was still relatively fresh. 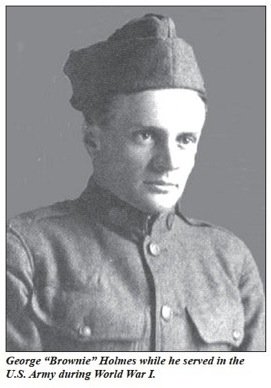 Brownie played his cards close to the vest regarding the Dutchman which, oddly, didn’t prevent him from discussing the matter. Many of the later Dutch Hunters, when recalling Brownie, speak of him in glowing terms but his information as often being contradictory or misleading. Some later writers on the subject suggest that he intentionally misguided would-be treasure hunters to protect the prize that he believed he was so close to finding.

An interesting case for this argument can be found in what is called The Holmes Manuscript. In essence, it is a detailed account of Dick Holmes’ experience at Waltz’s deathbed, including his directions to the mine, sans some choice omissions. It goes on to describe Brownie’s own expeditions, first with his father, then his solo efforts. The work, while intriguing, is full of red flags and strange oddities. Early on, it reads like an adventure novel with curious embellishments, such as describing a species of tiny dwarf deer. Factually, it confuses dates and contains known inaccuracies.

Probably the most damning and curious problem with the Holmes Manuscript is that Brownie Holmes swore, up until his death, that he had nothing to do with writing it. This, as most people familiar with the story will tell you, is very unlikely. Clearly a ghost writer was employed, but the information contained could not have been compiled by some random, secret biographer. The accounts within are too intimately detailed to not have originated with Brownie.

The generally accepted theory is that Brownie hired a writer and narrated the story with the intent to use it to attract investors or partners in the search. This clearly did not happen and the project was discarded, only to reappear years later in the archives of the Arizona State Library. Much like the Bark Notes, copies of the Holmes Manuscript circulated among Dutch Hunters until it finally found its way to print via Dr. T.E. Glover’s book of the same name. 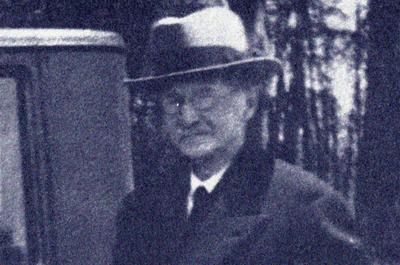 There is another, darker conspiracy connected to Brownie Holmes, the infamous 1933 murder of Adolf Ruth. The subject of Adolf Ruth ties many of the theories of the Dutchman together and introduces a new fork in the path. While Ruth was certainly aware of the Lost Dutchman legend, he arrived by virtue information allegedly passed down from the Peralta family, rather than Waltz and his deathbed confession. That however will have to wait for our next installment.

Click here for Part Eight of The Lost Dutchman Mine