The Apache Wars Part Two: The Battle of Apache Pass

Click here for Part One of The Apache Wars: The Bascom Affair

Following the Bascom Affair, the Chiricahua were united in war. The encroachment of white soldiers, settlers, and prospectors had to be stopped. With the war between the states drawing most soldiers east, there was something of a power vacuum in the region, enough to inspire hope among the Chiricahua that victory was possible. The Union soldiers that were stationed in the New Mexico Territory were mostly new volunteers from California and unfamiliar with the harsh and arid landscape. Additionally, there was a significant Confederate presence that divided their attention. 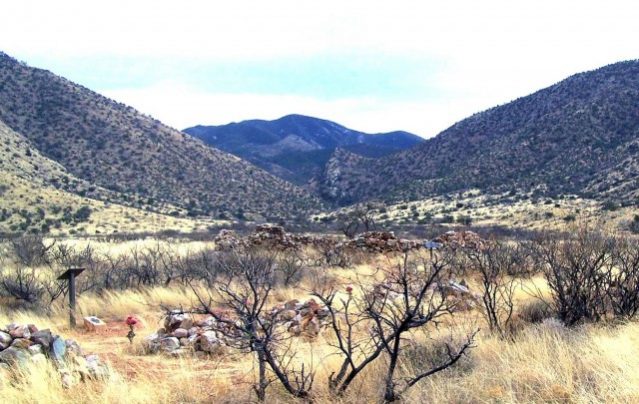 Water would play a key role in the battle. As potable water was extremely rare that time of year, the Apache anticipated the soldiers’ needs and laid a trap. Led by Cochise and Mangas Coloradas, 500 Chiricahua warriors took the high ground at Apache Pass, fortifying their position with stone buttresses.

On July 15, 1862, Captain Thomas Roberts and a column of 140 troopers approached the springs at Apache Pass, oblivious to the danger concealed in the rocks above them. The well-armed Chiricahua unleashed a rain of bullets upon the fatigued and dehydrated soldiers. The Apache positions were well fortified, and their bullets seemed to come from every direction. The Army’s position was dire, outnumbered more than three to one and pinned down with little cover. However, Captain Roberts was soon to turn the tables on his adversary. 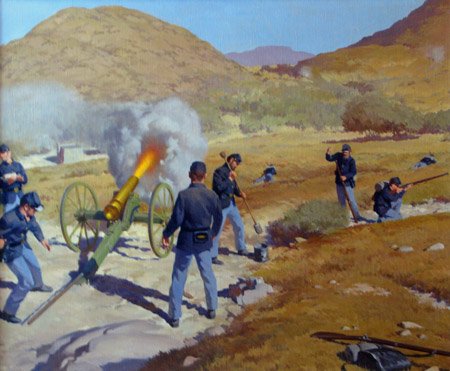 Roberts ordered a retreat back toward the mouth of the pass, taking refuge in the ruins of the old Butterfield Stage Line station. From there, he maneuvered to the nearby hills with a line of sight to the Apache positions, dragging two light Howitzer cannons with him. Once he was in position, he was able to fire with impunity upon his adversary. The fire was devastating and, by nightfall, the Apache made their retreat. A second attack was attempted the following morning, but the soldiers had been reinforced and the attack was futile.

Two soldiers were killed at the pass compared to over 60 Chiricahua. It is widely believed that, if the Howitzers had not been present, or if the Apache had realized the danger and taken them out of the fight, the battle would have had a decisively different outcome. The Battle of Apache Pass would represent one of the largest engagements of the Apache Wars, as seldom did the Chiricahua field such a large force. The incident enlightened the Army of the strategic importance of Apache Springs, and they established a formidable presence at Fort Bowie to protect the pass.

Mangas Coloradas, one of the Chiricahua’s greatest leaders, was seriously wounded during the fighting, shot through the chest while attacking one of the mounted officers. There is speculation among historians that it was the Battle of Apache Pass that turned his mind from war and caused him to seek peace with the soldiers. This change of heart would have tragic consequences that we will examine in Part Three.