The Apache Wars Part One: The Bascom Affair

The Apache Wars were the backdrop for many of the events of The Yellow Painted Man and represent a fascinating capsule of American history. In discussing these conflicts, it makes sense to begin with the Bascom Affair, as it is generally accepted as the inciting incident.

In January of 1861, a band of Tonto Apache raided the farm of Fred Ward, stealing several head of livestock and kidnapping his twelve-year-old stepson, Felix Ward. He reported the attack to the commander at Fort Buchanan, who dispatched Lieutenant George Bascom to recover the boy. Because the raiding party escaped east toward the Chiricahua Mountains, it was assumed the Chiricahua were responsible. Subsequently, Bascom arranged a meeting with Cochise, a Chiricahua chief that was well known to the soldiers of Fort Bowie at Apache Pass. 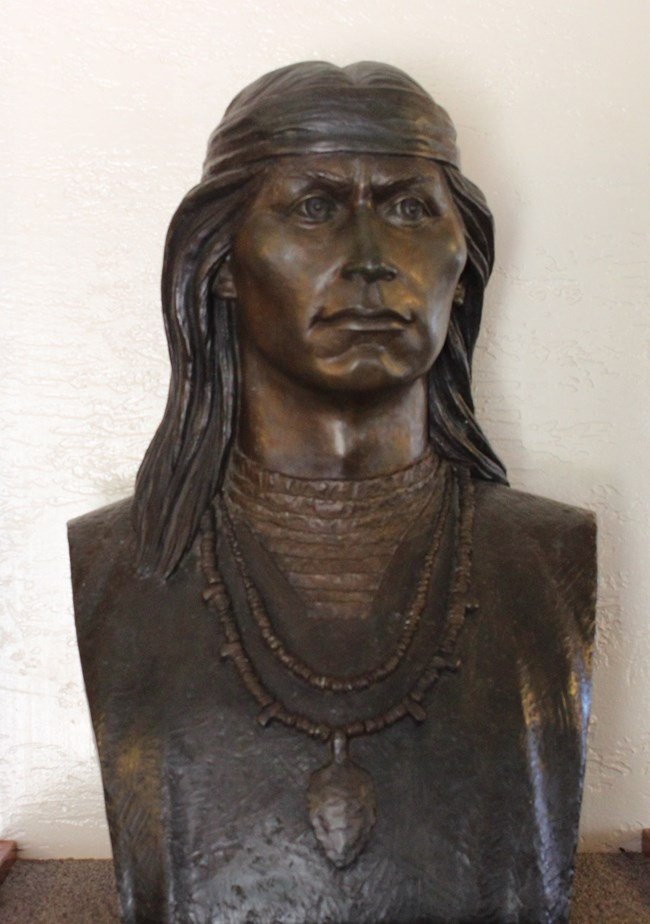 At the time, Cochise and his band enjoyed a measure of peace with the soldiers of Fort Bowie. He had ceased his raids in the region and, by all accounts, relations between soldiers and the Apache were friendly. His band would even assist with small tasks such as gathering firewood for the post.

Talk of the kidnapping and the Army’s involvement preceded Bascom and was unsettling news for Cochise. Having had nothing to do with the incident, the risk of becoming involved far outweighed any benefit. Communication was a tremendous obstacle, as the closest common language they shared was Spanish, which neither party spoke fluently. Still, Cochise accepted the meeting, determined to explain the circumstances and to offer what help he could. The fiasco that developed from that meeting would become known as the Bascom affair.

Cochise arrived with his brother and nephews and met with the lieutenant in his tent. Bascom demanded the return of the Ward boy and the livestock, refusing to believe in Cochise’s innocence. Bascom’s mistakes were many, but one critical mistake was in not understanding the autonomy of different Apache groups, as if Cochise knew or held authority over all Apache and could just order the boy released. Sensing the negotiations were turning against him, Cochise drew his knife and slashed open the tent, escaping up the hillside under a rain of bullets. Among the Chiricahua, the event is remembered as “cut the tent.”

Unfortunately for Cochise, Bascom held his brother and nephews prisoner. In retaliation, Cochise raided a supply train, capturing nine Mexican and three American teamsters. After torturing and killing the Mexicans, he delivered a message to Bascom demanding the release of his family in exchange for his hostages. Bascom refused, again demanding the return of the Ward boy. Whether or not Bascom knew his demand was an impossibility is debatable, though history does not remember him kindly.

Finding himself in a stalemate, Cochise harassed Bascom’s men, attacking when he could. Eventually he was forced to flee the area, crossing the border into Sonora. Before retreating, he killed and mutilated his hostages, leaving them for Bascom to find. Bascom, in turn, ordered Cochise’s family hung, then he returned to Fort Buchanan.

Cochise’s vengeance would be brutal, exacted on soldiers and civilians alike. The twenty-five-years of conflict that followed would define an era, lifting names like Mangas Coloradas, Victorio, Nana, Juh, and Geronimo to near mythical status.

An interesting footnote to the Bascom Affair is the curious fate of Felix Ward. After his kidnapping, Felix was sold to a group of White Mountain Apache, where he stayed for several years. In 1872, he joined the Army as an Apache scout, tracking and fighting against the Chiricahua among others. It was there he was given the name Mickey Free, after a character in the novel Charles O’Malley. Later, he would take work as a bounty hunter and, possibly, as a hired killer, fighting along other morally ambiguous names such as Tom Horn and Al Sieber.

Click here for Part Two of The Apache Wars: The Battle of Apache Pass