Who rides so late, through night and wind?

Writing a book is hard, as anyone will tell you. The obstacles and distractions in your path can be legion. In my experience, perseverance can only take so far without the constant fuel of inspiration. To that end I will reveal some of my early inspiration for The Yellow Painted Man.

The first draft of TYPM was written in about four months-the subsequent three drafts took almost two years. If it hadn’t been for that first push to make it through draft one, the project would have certainly died. While clacking out that initial story line, I struggled to stay on task and consistent with the overall tone and vision, let alone plot. To keep me on task, this draft was written while listening almost exclusively to the music of Frans Schubert. I know, what a dusty old fart am I. Let me give you an example of how this directly influenced the book. 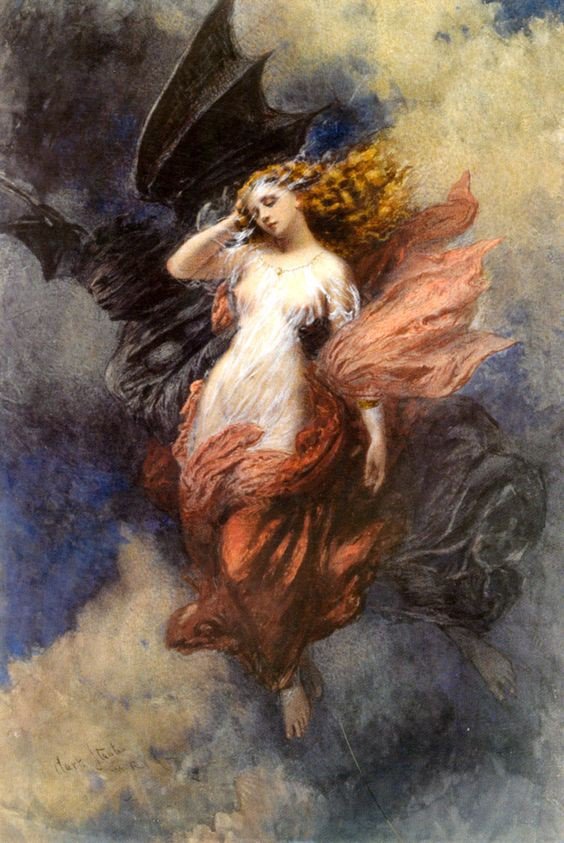 Early in the story, at Fowler’s strange and lascivious Feast of Lupercalia, Robert Black is introduced while a string quartet plays an arrangement of “Death and The Maiden”. Clearly this is the most overt example, as it’s a direct reference. A less obvious, but powerful measure of influence can be found in the third act of the book, when a young Taft arrives in the town of Eckernforde on the Baltic Sea. The entire chapter is rife with the lore of ancient terrors, superstitions, and ominous primal fears. Taft proceeds from the town into the darkness of a seemingly endless and prehistoric forest where he encounters his fair share of these terrors. His nocturnal encounters were inspired by one of my absolute favorite pieces of music, Erlkonig or The Erl-King.

Adapted by Schubert from the poem by Goethe, it tells the story of a father and son on a midnight ride through a forest populated by supernatural entities set on taking the boy. Sometimes translated as “The Elf King”, the direct translation from German is “Alder King”. Goethe’s poem is taken from an even older Danish Folklore, which involves an evil Elf King and his ravenous daughters. Make no mistake, we aren’t talking Keebler here. I love what Schubert did in his adaptation for a multitude of reasons, of which I won’t bore you with. Just note, that in this simple song there is a lot of structure going on. So as you listen to it, and I hope you do, try to imagine what might be chasing our hero through the darkness of that German forest.