The Failure of the Reconstruction

There was a time in American history, where we as a nation had an unprecedented opportunity to fulfill the promise “that all men are created equal”. It wasn’t a shining moment of reason or enlightenment, but a tumultuous and bitter chapter in our story. We as a people stood on the precipice of delivering meaningful reparations for slavery but before it could be fully realized, we turned our backs. It was called the Reconstruction.

Depending on where you were educated, you may have heard varying reasons for why the Reconstruction failed, if you’ve heard of it at all. To understand the origins of systemic racism in this country, examining the Reconstruction Era is a good place to start. In fairness, the topic is vast and complicated, thus I will stick to the broad strokes.

At the core of the matter are the Reconstruction Acts, specifically the 13th, 14th, and 15th Amendments which ended slavery, made African Americans citizens, and guaranteed their voting rights. Ratifying these Amendments were among the criteria required for the Confederate States to be readmitted into the Union. Also, on the table was the distribution or sale of “abandoned” and seized land to former slaves, which would represent a massive shift in wealth. We take the Amendments for granted now, though, the road to ratification was not an easy one.

The assassination of Abraham Lincoln was a devastating loss for the country and the Reconstruction. We can only guess how things may have been different had he survived, though some precedent exists with the Southern States that came under Union control before the end of the war. Historians point to the “Louisiana Plan” as a model he would have continued. In short, Lincoln was a moderate and likely would not have approved the sweeping changes proposed by the Radical Republicans. That said, his pragmatism and political skill would have certainly fared better than his successor Andrew Johnson. 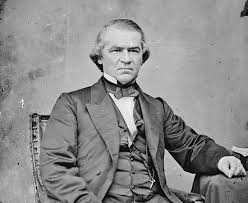 Johnson a Southern Democrat and former slave owner, is often and fairly criticized as one of the worst US Presidents. Johnson’s approach to the reconstruction was to end it as quickly as possible, which involved returning former southern politicians to office and letting them decide the fate of the freed slaves. His constant vetoes of congress led to his eventual impeachment, escaping removal by a single vote. By the mid-term elections, his polices were already revealing their damage as violent conflicts erupted across the south, notably the Memphis Riot and the New Orleans Massacre. Hate groups like the KKK, White League, and the Redshirts operated with impunity, terrorizing Freedmen and Republican politicians. This contributed to a flipping of congress to a Radical Republican majority.

With Johnson’s political power neutered, sweeping change was now possible. In 1867 Congress passed the Reconstruction Acts and placed the Rebel States under military government with the creation of five military districts. The governments which Johnson had restored to power were now removed and new elections were held, now with military oversight. Thousands of white Southerners were disenfranchised of their voting rights as punishment for their part in the Confederacy.  For the first time ever, African Americans were allowed to vote and run for office. 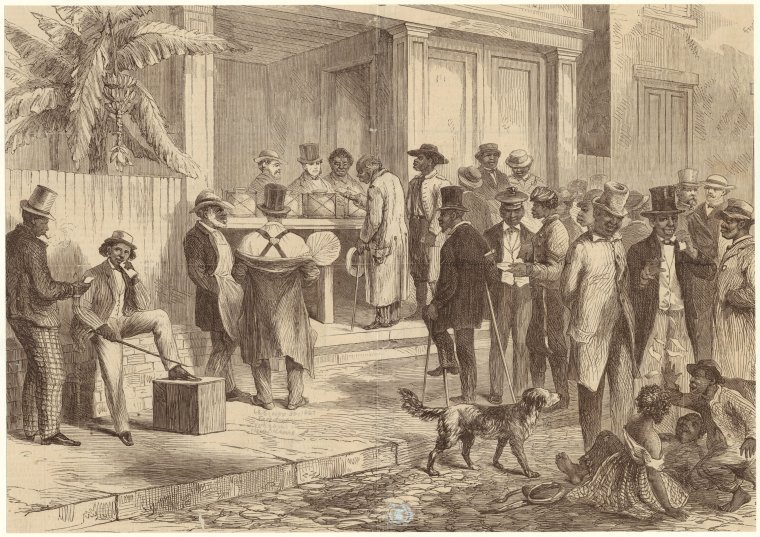 Many Northerners and former slaves came south to assist with the process. Public education was created and the first Black Colleges were founded. The Freedmen’s Bureau helped organize Blacks politically and economically. By 1870, approximately fifteen percent of state government offices were held by black men, a higher percentage than in the modern era. While not as common, the first African Americans were also elected to Congress.

President Grant fully supported the Radical Reconstruction and on numerous occasions sent troops, under the authority of the Enforcement Acts, to protect the integrity of elections. He took a personal interest in crushing the Klan and largely succeeded in suppressing them, though other groups continued to thwart reconstruction efforts.

So, what went wrong? The answer to that is complicated. In short, the reconstruction abruptly ended, vanishing with the promises of progress. It was clear by the force required to implement, the opposition to the Reconstruction would never submit. Only through military enforcement were these polices able to function, without it, there was no hope.

Some of the blame can be attributed to President Grant. His administration was fraught with corruption, generally on account of his poor choice in cabinet members. The enormous amount of taxes required to pay for the Reconstruction added fuel to the fire. There were also scandals in the Southern States themselves, where funds that were marked for infrastructure were brazenly embezzled. The aggregate of these factors caused the public and congress to lose heart in the issue, a sentiment vigorously amplified by white Southern Democrats. 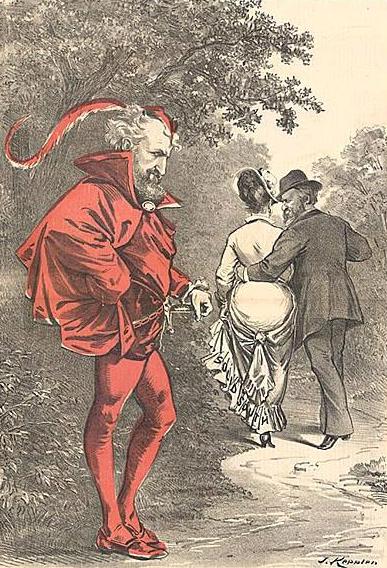 Grant chose not to run for a third term, despite being expected to, leading to the Republicans giving the nod to Rutherford B Hayes to run against Democrat Samuel J. Tilden. The election was one of the most contested and controversial in US History. While Tilden held the popular vote and led in electoral votes, four states were undecided. With no immediate resolution at hand, an extremely shady deal was brokered between the candidates. Tilden agreed to forfeit providing the following deal was agreed on. Foremost was the removal of troops from Southern States and the right for states to manage Blacks as they see fit without interference. Additionally, Tilden wanted more money to industrialize the south, democrats picked for cabinet positions, and another transcontinental railroad. Reconstruction was over.

Immediately following the removal of troops, the obstruction of voting rights renewed, Black districts were gerrymandered to ensure white representation, and Jim Crow laws were enacted to effectively strip the rights recently granted during the Reconstruction. The Freedman’s Bureau, which had promised to provide land for Black and refugee whites, was discontinued; the confiscated and abandoned land, never distributed.

Ironically the newfound citizenship of Black Americans was used against them. Higher numbers of citizens allowed for more political representation in congress, to be occupied by politicians who advocated against them. The economic opportunities also disappeared, leaving many African Americans little choice but to return to agricultural jobs as sharecroppers, an institution that was only marginally better than slavery when you consider the Black Codes and Jim Crow Laws. It would be more than a hundred years before another African American would be elected to Congress.

Just like that, equity evaporated, and the disenfranchisement of African Americans became accepted law, once again. Could it have been different? Truly debatable. My opinion is that the Reconstruction needed at least a generation to even begin to change the culture of hate and land ownership as part of reparations was a tragic omission.  That said, the polices of the Reconstruction and the perceived usurping of Southern governance inspired massive resentments among southern whites, inspiring even more racial tension and discrimination. Proof that you can defeat a man on the battlefield, but you can’t un-poison his heart.