If you’ve ever been to a Major League ballpark, you’ve likely seen the number 42 prominently displayed, generally in that franchise’s ring of honor. Baseball fans will know that that is in recognition of the great Jackie Robinson who wore that number and broke Major League Baseball color barrier in 1947. Exactly fifty years later, on April 15, 1997 the number 42 was retired by MLB to commemorate that momentous occasion, known afterwards as Jackie Robinson Day. But did you know that just three months earlier, arguably the greatest slugger of the Negro Leagues, Josh Gibson passed away in what should have been the peak of his career. He was only thirty-five.

Baseball has a mysticism to it unlike most other sports. To be canonized by its hall of fame is to live among the immortal legends of the game. Josh Gibson was a legend long before his entrance to baseball’s hallowed hall. When he began his career, there were many who dubbed him the “Black Babe Ruth.” Before the end, they would be calling Ruth the “The White Josh Gibson.” In one game at Yankee Stadium, Gibson recorded a 580 foot shot to center field and reportedly hit one completely over the left field wall, the only player to do this inside the foul pole. 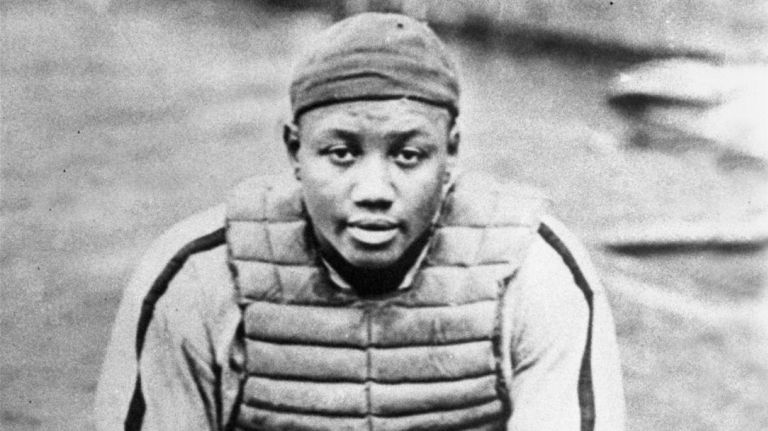 Gibson came into the Negro Leagues in 1930, playing catcher for the Homestead Grays. He would go on to play 16 seasons, all but two of them for the Grays. His lifetime batting average is officially listed at .359, though it is thought to be higher. While his average was good enough to rank third all time, it was his home runs that were truly remarkable, credited with over 800 in his career, though the number is difficult to properly quantify.

When discussing the players of the Negro Leagues, the question of statistics is unavoidable. Because Gibson never played in a Major League uniform, it is impossible to measure by any definitive metric what his statistics would translate to over his 16 seasons. Adding to the dilemma is the fact that complete records do not exist for these games, making the numbers impossible to know. Contrarians will also cite that the majority of games played by negro league teams were exhibition or “barnstorming” games. The rub being that the quality of the opponent varied wildly and stats for these games were inconsistently recorded. Even excluding these barnstormers, his league stats are eye-popping.

To give some context to why Gibson was so highly revered, consider MLB’s all-time home run king, Barry Bonds. In twenty-two seasons, Bonds hit 762 HR’s in 9847 at bats for an average of about 1 HR every 13 at bats. By comparison, Josh Gibson’s most conservative estimation, counting only league games would be about 15 at bats per HM, while other, more generous statistics put it at one home run every 10.5. Split the difference and you still have a guy who is on par with the owner of baseball’s most prestigious record. Let us not forget, Bonds used Steroids for years.

The truth is we will never know how great Gibson could have been in the Major Leagues. In 1943 he was diagnosed with a brain tumor, electing to not have surgery. He played on, suffering debilitating headaches and continued to knock the stitches out of the ball before becoming too ill to play. He suffered a stroke on Jan 20, 1947. Just three months short of Jackie Robinson’s debut.