With the passage to his “mine” completely caved in, Doc Noss found himself in a serious quandary. His financial situation declined, and he struggled to find buyers for any of his stashed gold bars. The strain proved too much for his marriage and he left Ova, their divorce being finalized in 1945. In 1947, he married Violet Boles, which would significantly complicate the future of the claim.

Ova, not to be deprived, kept her claims to the treasure and filed claims with the New Mexico Judiciary, effectively suspending the operations at Victorio Peak. These events came to a head in 1948 when a Texas oil man named Charles Ryan entered the picture. Ryan had agreed to fund a $25,000 operation to clear the shaft in exchange for a stash of gold bars. Around the time of the exchange, one of Ova’s injunctions came into play, blocking Doc’s ability to perform any work at the site. Perhaps believing Ryan to be in league with his ex-wife, Doc hurriedly relocated the stash of bars meant for Ryan. The following day, the men met and argued over the failed transaction. 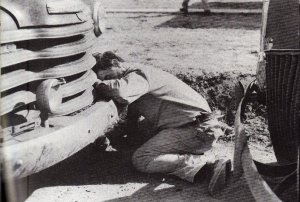 Understand that this account exists solely from Charles Ryan’s statements. Allegedly, when the conversation had reached a boiling point, Noss turned his back on Ryan and went to his car. Ryan took this as a threat that Noss intended to retrieve a gun. The only real facts you can take away from the encounter is that Charles Ryan shot Doc Noss in the head and killed him, and that Ryan was later acquitted of the murder.

Take what you will from the death of Doc Noss, the legend of his buried gold bars remains to this day. There is one account of a man said to have assisted Doc Noss in moving the gold bars intended for Ryan, but if he went back for them, he took the secret to his grave. Enough eyewitness accounts exist of the gold bars to at least lend a significant amount of credibility to the whole story.

With Doc’s passing, the only thing impeding Ova was a collapsed shaft and poverty. She worked the site as best she could with her resources, attempting to clear the rubble. Periodically, she hired workers to assist, but it was slow going. Unfortunately for Ova, things were about to become exceedingly complicated. 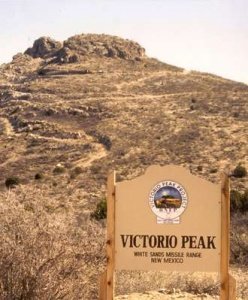 In 1955, the Army unexpectedly expanded the White Sands Missile Range to encompass Victorio Peak and the surrounding areas. Further confounding Ova’s efforts, all records of mining claims filed by either her or Doc mysteriously disappeared. This is about the time I would encourage you to put on your tinfoil hat, because things just get weirder from here.