By now, some of you have read my book The Yellow Painted Man. For those who have not, I will avoid major spoilers. However, I will be referencing characters and events from the text so, if that bothers you, then go read the book!

Clearly, TYPM is filled with historical individuals and events which I have endeavored to represent as faithfully as possible within the context of the story. Beneath the surface there is another, less obvious, layer of obscure references and historical Easter Eggs. One of the more prominent examples of this is “The Tiny Mountain,” or, as it is known to history, Victorio Peak. 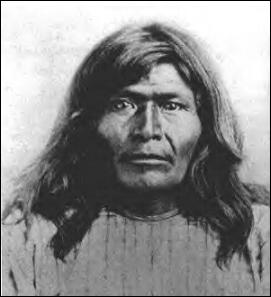 Located in the Hembrillo Basin and within the confines of the present-day White Sands Missile Range, Victorio Peak is not much to look at. In fact, divorced from its historic and mythic significance, it’s hardly discernable from any other outcropping loitering about the landscape. Beneath it, however, is said to exist one of the richest hoards of gold and treasure ever discovered, but we’ll get to that a little later.

In the later years of the Apache Wars, Chiricahua Chief Victorio and his band used the basin as a stronghold during the series of conflicts known as Victorio’s War. In April of 1880, Victorio led Chiricahua and Mescalero warriors against elements of the United States Army’s Sixth and Ninth Cavalry in the Battle of Hembrillo Basin. Victorio took the high ground of the now famous peak and used it to hold off the superior force. His strategy was to block the Army’s access to the only potable water source and, therefore, cause them to retreat. The gambit worked well, until Army reinforcements arrived. Regardless, his position allowed for a strategic withdraw from the basin while suffering almost no casualties.

Time had almost erased the memory of Victorio Peak by 1937. Many maps mistakenly marked it as Victoria Peak, having all but forgotten the Chiricahua Chief. Enter Milton Ernest “Doc” Noss and his wife Ova “Babe” Noss. In November of 1937, the couple were camped in the basin, hunting deer. While scouting the top of the peak, Doc noticed a stone that looked worked by human hands. Digging around the stone, he was able to pry it free, revealing a shaft of indeterminable depth bored straight into the peak. After showing his discovery to Babe, the two decided to come back later and explore. 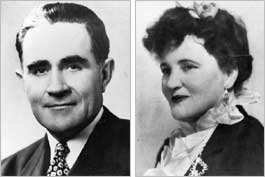 A few days later, armed with rope and a light, Doc made his way some sixty feet into the depths of the shaft. He found himself in a small room with drawings and carvings on the wall that he posited were “Indian” in origin. At the other end of the chamber, another shaft descended about a hundred and twenty-five feet further before leveling out into a series of carved out rooms. It was here that Doc made a grisly discovery, a human skeleton kneeling with its hands bound behind its back and tied to a stake, apparently left to die. Further investigation revealed a total of twenty-seven skeletons secured in similar fashion.

It was what he found among the remains that was truly remarkable. Tune in next week for Part Two!