The Lost Dutchman Mine Part Four: The Petrasch Family and Dutchman Clues

Click here for Part Three of The Lost Dutchman Mine

The Petrasch family immigrated from Germany, arriving in the Phoenix area sometime in the mid-1880s. It is generally believed that Herman only arrived after the death of Jacob Waltz, though stories differ. Following the failed 1892 expedition to find Waltz’s mine, the Petrasch brothers and Julia Thomas had a falling out. While Julia never ventured into the mountains again, Rhinehart (Rhiney), his brother Herman, and their father, Gottfried, dedicated the bulk of their lives to hunting the Dutchman’s gold.

There are countless stories about their search for the gold, some true, some half true, and others flat out falsifications. What is commonly accepted is that Rhiney and Julia spent a significant amount of time with Waltz, weeks, possibly more, in which Waltz spoke at length on the subject of his mine. Rhiney was likely the benefactor of most of that information, as he and Waltz shared a native tongue. What cannot be verified, but is often suggested, is that Waltz went as far as to draw a map and allowed Rhinehart to write down many of the pertinent details. In these stories, Rhiney claims the notes are either lost or destroyed. 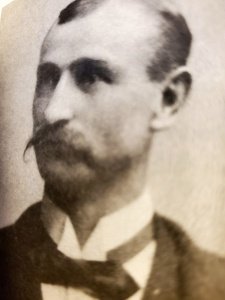 I have a personal theory that I will interject here. In short, I believe that Rhiney did take notes and likely even convinced Waltz to draw a map. My hunch is that Rhiney’s document, either in whole or part, was left behind at Julia’s, possibly with the gold ore under the bed or some other obvious place. This information was then found and kept by Holmes, along with the gold. Obviously, I have no proof to substantiate such a claim. However, I do find it more believable than the accepted version.

A common thread, and one that seems entirely plausible, is that Rhiney was a terrible listener and had a horrible memory. Some sources claim that he and Julia were drinking heavily when Waltz was confessing the details and forgot them. Adding to the conundrum, Julia would be receiving information translated from German into English. In any event, key pieces of the puzzle eluded them. It was Herman that had to put together the pieces and make sense of them.

After years of fruitless searching, Herman and Rhiney had their own falling out, one that lasted more than fifty years. Whether it was Herman’s frustration with Rhiney’s incompetent notetaking or some other more personal matter, the brothers split up. Rhiney moved to Globe, Arizona, in 1907, while Herman remained in the Superstitions for the rest of his life. Gottfried became senile and died in an asylum in 1914. He was eighty years old. 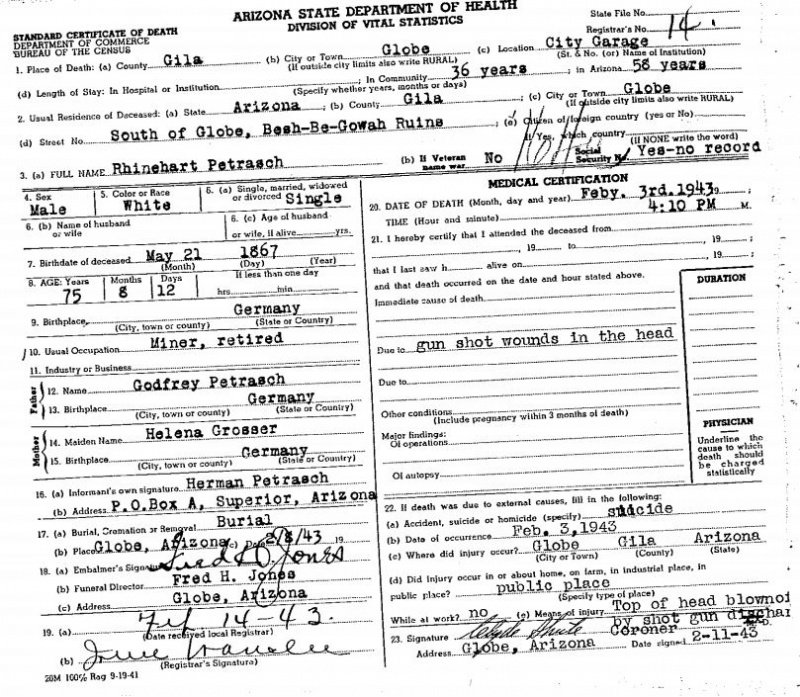 Rhinehart Petrasch died on February 3, 1943, from a shotgun blast to the head. His death certificate reports the incident as suicide, though there are plenty of contradictory claims of murder. With him died the last living memory of Waltz’s confession. It is said that the two brothers reconciled their differences shortly before Rhiney passed. Herman lived another ten years, passing in November of 1953. The legacy they left behind lives on in the Dutchman’s clues, inherited through generations of searchers.

It’s a strange heritage that Waltz has left us. Though, as I mentioned before, these clues originate from two main sources: Dick Holmes on one side and Rhinehart Petrasch and Julia Thomas on the other. The animosity between them almost conclusively indicates that they did not share information. Though the similarities in their versions does suggest a shared truth. It was only after years of failed searches by both camps that the clues began to come out and, even then, only by word of mouth, thus divining them has become more of a faith than a science.

There is one place where these two camps and their searches overlap, and where the transmission of Jacob’s clues was most certainly passed on, which was the ranch of Jim Bark, later to be known as the Quarter Circle U. We’ll discuss the significance of this in next week’s chapter. For now, I’ll leave you with a partial list of the Dutchman’s clues, edited for clarity. There are many more besides these, but I have tried to include the most common, and the most plausibly authentic. 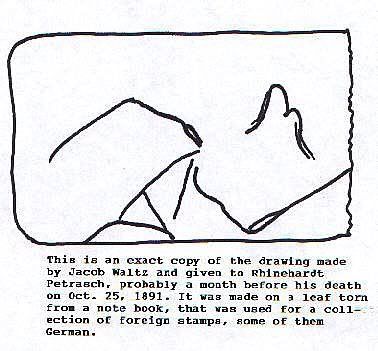 Jacob Waltz’s directions to Dick Holmes, as written in the Holmes Manuscript:

Go to first water, then second water, then take the government trail to San Carlos. Where the trail turns south you will see over the point of a ridge, a rock standing that looks like a man. (Waltz goes on to claim he carved a face on it with his pick.) This is where I always left the trail.

Go to the left of the trail. Follow up this long ridge and you will come to a saddle. In this saddle is a round Indian ruin of rocks. Go through the saddle and up a long ridge and when you get to the highest point you can look north and see the Four Peaks all lined up to look like one peak. In the other direction you will see a high needle. In the canyon under you is my hidden camp. You can’t get down there because it’s too steep but go to the mouth of the canyon then back. You can find the rock house with very little trouble. You won’t be able to see it until you are right on it. After finding the camp then come back out of the canyon and… (Here is where he omitted the final details on locating the mine.)

You will never be able to find the mine until you find the rock house as the shaft is completely hidden. A prospector will never find it because there is no ledge in view.

Waltz goes on to say that there is $75,000 in gold already dug out and sitting in the mine, though he has left a booby trap in place to kill any trespassers. He also makes the claim that there is enough gold left in the vein to make 20 men millionaires.

Click here for Part Five of The Lost Dutchman Mine