Click here for Part Four of The Lost Dutchman Mine

Understanding the truth of Jacob Waltz’s lost mine is a bit like trying to assemble a jigsaw puzzle in which most of the pieces were lost and re-created from memory; they don’t always fit, many are missing, and others simply don’t belong at all. Even when assembled, the results are as definitive as a Rorschach Test and seldom do Dutch Hunters agree on what they’re looking at.

Continuing with the analogy of a jigsaw puzzle, the place where the most accurate collection of pieces was likely ever assembled was at the cattle ranch of Jim Bark. The proximity of the ranch to the region thought to contain Waltz’s mine, to known landmarks, and to potable water made it a natural jumping off point for countless expeditions into the Superstitions. In fact, it sits along the route Waltz himself is thought to have taken into the mountains. 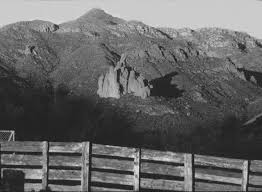 Jim Bark established himself as a prominent businessman in the 1880s, purchasing the Marlay Ranch around 1890 with his partner, Frank Criswell. While excellent in his business endeavors, Bark’s greatest interest was in prospecting and mining. He and Criswell had several claims, though none of significant yield. Sometime during the early 1890s, Bark became acquainted with a man named Sims Ely who shared his interest in prospecting, precious metals, and lost mines. The two became fast friends and spent over twenty-five years together searching for the Lost Dutchman Mine.

Bark was in a unique position to have known many of the early searchers. Gottfried and Rhiney Petrasch both worked on his ranch over the years, even receiving a grubstake from Bark to hunt for Waltz’s mine. It is believed that a gentleman’s agreement existed between Rhiney and Bark, in which Rhiney passed on the sum of his knowledge and clues passed down from Waltz with the understanding that Bark would compensate him if he found the mine. Considering that Rhiney’s connection to Waltz likely represents the most direct, if not accurate, provenance of the clues, Bark had a distinct advantage over other searchers. 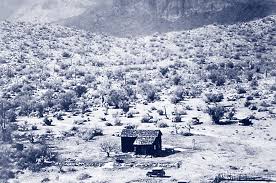 Jim Bark was a believer in the theory that Waltz was a “high grader,” (someone who steals gold from someone else’s claim). Specifically, he theorized that he was getting his ore from caches that were buried by Spanish or Mexican miners, namely the Peralta’s, who were said to have been active around 1847-48. As the legend goes, the entire Peralta company was killed in an epic, three-day battle with the Apache, but we’ll open that can of worms later. Bark claims to have known Waltz, to have witnessed him entering the mountains, and, by some accounts, to even have seen some of the man’s famous ore.

Part of the enduring strength of the Dutchman story are the periphery legends of other “lost mines” in the same region that are suspiciously familiar. While offering tantalizing clues, they also serve to confuse, providing a plethora of forks in the road that all lead to different theories. Jim Bark, as a contemporary of Waltz and some of these other stories, was closer to the original sources than anyone and may have had a clearer picture than either Holmes or the Petrasch family.

Case in point is the convergence of the “Two Soldiers” and the John Deering stories. We will explore both in more detail later, however, our timeline requires that I mention them here. In the very briefest sense, the first tells of two soldiers that left the Military Trail while hunting deer and stumbled on a mine. They took a sample to the Silver Queen Mine where it was assayed to be very rich ore. They managed to acquire a grubstake and outfitted themselves for a return to the mine. Sometime during their journey, they were killed, allegedly slain by Apaches. John Deering worked at the Silver Queen and would have been familiar with the previous story. He too stumbled upon a mine and brought back a rich sample. Deering, unlike the Soldiers, did not want to take a grubstake, choosing to earn his own money to gear-up. While working in the Silver Queen, a cave-in smashed his legs, the wounds ultimately leading to his death. For the sake of our narrative, let’s assume that these two stories describe the same mine.

In late 1891, a man arrived at Jim Bark’s ranch looking for work. He told Bark a story about meeting John Deering at the Silver Queen around the time of his death, claiming that Deering told him how to get to the mine, which was supposedly located somewhere on Bark’s range. Understand, I have only covered the bullet points here. Contained in the story are a variety of corroborating clues that suggested that the Dutchman was the same mine. Jim Bark certainly believed it was. 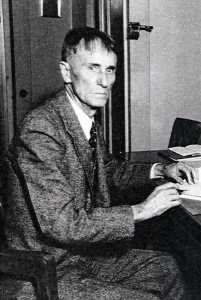 Bark and his prospecting partner, Ely, are the first to extensively document their hunt for the Lost Dutchman Mine. Ely published a book on the subject in 1953, a year before his death at 92 years old. While not the first book on the legend, it is considered to be one of the most authentic accounts. Jim Bark kept copious notes which are reputed to contain only the most accurate and proven information available. Considering his connection to so many of the original players, one can only assume they would be an invaluable asset to any student of the Dutchman. Bark never published his notes, though, keeping them secret like so many other treasure hunters did. Before he died in 1938, Bark passed on his notes to his nephew, John Spangler, who joined him on many hunts in the Superstitions.

The Bark Notes have evolved into one of the biggest conspiracy theories involving the Dutchman. As the story goes, Spangler was visiting the camp of another Dutch Hunter, Chuck Aylor, who had a permanent camp in the mountains. Allegedly, the notes were left in camp while Spangler was out in the field and copied by Aylor. Now there are upwards of eight different versions of the Bark Notes circulating, all with key omissions and discrepancies, the thought being that these notes were purposely altered to throw off other Dutch Hunters. The best evidence for this can be found by comparing the notes to Ely’s book. The two were partners and should have similar accounts of their shared history, which appears to not be the case.

At 92, Ely had little reason to lie or withhold information. By all accounts, he would have loved for the Dutchman to be found and to be proven real. This is just one example that illustrates why finding the mine and discerning truth from obfuscation has been so challenging.

Click here for Part Six of The Lost Dutchman Mine