Once I moved about like the wind. Now I surrender to you and that is all.

Without doubt, the name of Geronimo is the most recognizable, and enigmatic, to emerge from the Apache Wars. Of all the campaigns, that of Geronimo’s was easily the highest profile. He evaded capture for the better part of a decade and led three separate breakouts from San Carlos. In his final escape, he was pursued by a quarter of the standing United States Army, representing the last armed conflicts of the Apache Wars. 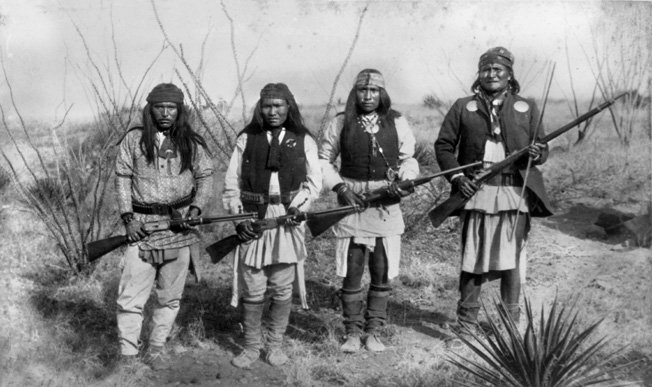 From 1876 to 1886, Geronimo ranged between Mexico and the United States, raiding with impunity and confounding the best efforts of the U.S. Army. With him were the remnants of Mangas, Cochise, and Victorio’s people. His legendary brand of guerilla warfare inspired terror across the entire southwest, so much so that countless raids, attacks, or even robberies are attributed to him, even though he was hundreds of miles away when many of them occurred. While his band never approached the size of Victorio’s, generally never exceeding a few dozen warriors, hundreds of deaths were attributed to him, even when he was known to be hundreds of miles away.

Unlike his predecessors, Geronimo was not a tribal chief, rather he was known for his abilities as a medicine man. Many of his followers credit him of possessing “Power,” a gift from Ussen. It is claimed that he had the ability to heal the sick, slow bullets, cause rain, and even clairvoyance. Geronimo claims his Power came in a vision where he heard a voice say, “no bullet can kill you.” Indeed, he was shot many times, but never fatally. 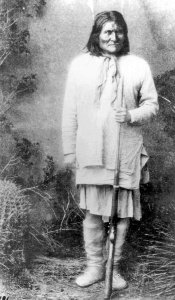 Much of what we know about Geronimo comes from his own autobiography, written shortly before his death. The work, faithfully recorded from his own words, offers a curious and often contradictory narrative. For example, a pivotal moment of his personal history may not have occurred. Geronimo claims that, as a young man, his wife Alope, his mother, and his three children were killed in a raid by Mexican soldiers at their camp near Janos. In short, the governors of Janos kept excellent records, documenting any conflicts of significance. There is no historical record to back up Geronimo’s claim.

The relevance here is two-fold. The core of his identity is tied to this event, in which he develops his life-long vendetta against Mexicans as well as his vision from Ussen. Secondly, if Geronimo fabricated any, or all, of those events, it puts many of his other claims in doubt and validates the claims of other Apache leaders. For example, Chief Loco claims that Geronimo used the families of his people as leverage to force them into leaving the reservation with him. Geronimo, in his story, claims that he liberated them. 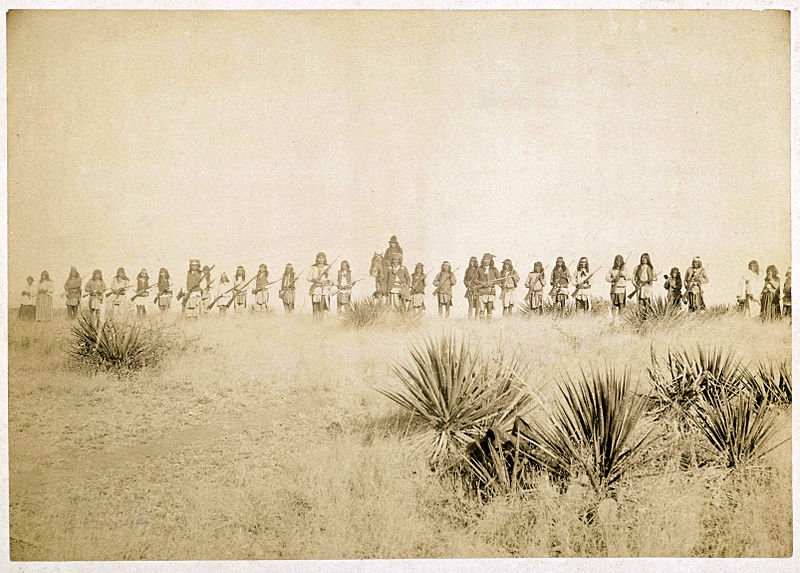 What is not contested, is that on September 4, 1886, Geronimo had reached his limit. Low on provisions and weary from a lifetime of war, he surrendered to General Nelson Miles in Skeleton Canyon, Arizona. He would live the rest of his life as a prisoner of war at Fort Sills Oklahoma. Later in life, he would become a celebrity performing at western themed tours, attending the 1904 World’s Fair, and even participating in Theodore Roosevelt’s Inaugural Parade. Later, in a private meeting with the President, Geronimo pleaded that the Chiricahua be allowed to return to their homes. Roosevelt denied the request, citing the countless civilians killed in the Apache Wars, stating, “The Indian has a bad heart.” 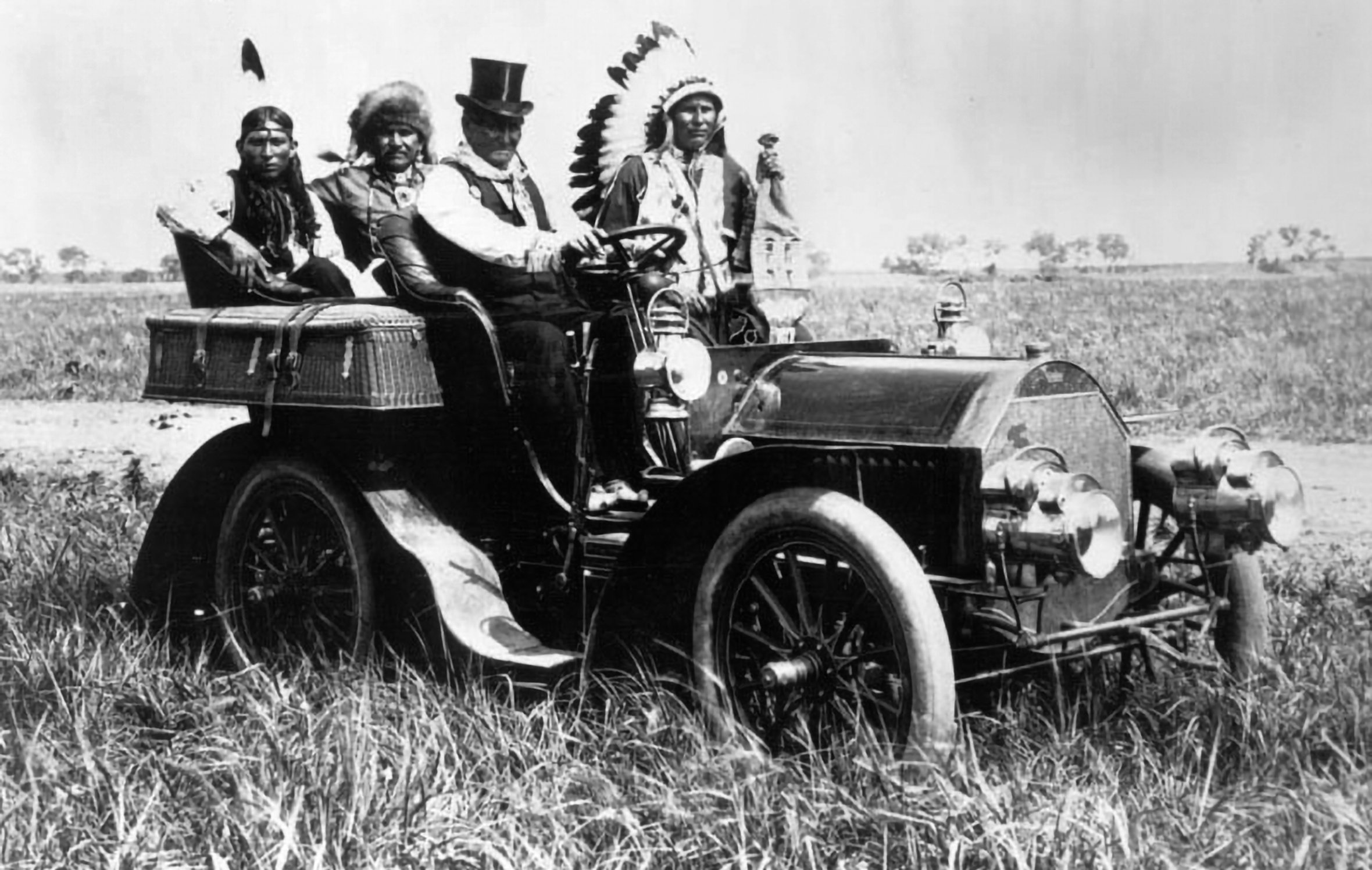 In 1909, Geronimo fell while riding a horse and lay exposed to harsh weather overnight. He died of pneumonia on February 17, 1909. His last words: “I should have never surrendered. I should have fought until I was the last man alive.”