From the Freemasons to the Illuminati, secret societies have always presented themselves as an enigma to the uninitiated masses, resigned only to speculate upon their mysterious doings. Often misunderstood, demonized, or unfairly credited as the secret puppet masters of the world, these organizations are generally more mundane than the myths we drape them in. One notable exception was the notorious Hellfire Club.

Among the most common misconceptions of the Hellfire Club is that it was a singular organization, or that any of the dozens of fraternal orders that have born the name since the 1700s had any connection to each other beyond a common philosophy. That philosophy, of course, being an absolute rejection of religious and social moral constructs. While some secret societies of the day gathered to share radical political views, to debate philosophy, or even to practice secret hermetic teachings, Hellfire Clubs were where the privileged and the elite came to immerse themselves in debauchery. 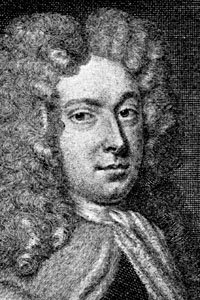 Philip, the 1st Duke of Wharton, is credited with founding the first Hellfire Club in 1718 in London. The dichotomy of Lord Wharton, in a microcosm, embodies the larger themes of the order. He was scholarly, well-connected, and wealthy, though in contrast he was also an infamous drunkard and rake. He and his members met on Sundays at various London social clubs, often dressed as biblical characters, doing their best to blaspheme and mock the church. Wharton’s club welcomed women members as equals, which was extremely progressive for the day considering that women weren’t even allowed in taverns. The entire affair was relatively short lived, ending in 1721 when King George passed a law prohibiting “horrid impieties.” Lord Wharton went on to become a Freemason and rose to become the Grandmaster of England, which speaks volumes to the level of clout he commanded.

The Hellfire Club of Sir Francis Dashwood and John Montagu, the 4th Earl of Sandwich, is possibly history’s best remembered incarnation though, ironically, they never referred to it by that name. That distinction came much later. Dashwood founded the order in 1746 with the motto “Do what thou wilt,” which was borrowed from the writings of Francois Rabelais and his fictional Abby of Theleme. Famed Occultist Aleister Crowley would borrow from both Rabelais and Dashwood, adopting the motto as the center piece of his own philosophy, firmly embracing the hedonistic principals of the Hellfire Club.

Dashwood’s club leaned heavily on pagan rituals and Greco-Roman mythology. These eccentric rituals are likely what spawned the rumors of witchcraft and devil worship. Though, as intellectual and cultural as the club’s aesthetics may have been, at its core, it was little more than a veneer for indulging in copious helpings of booze and sex. 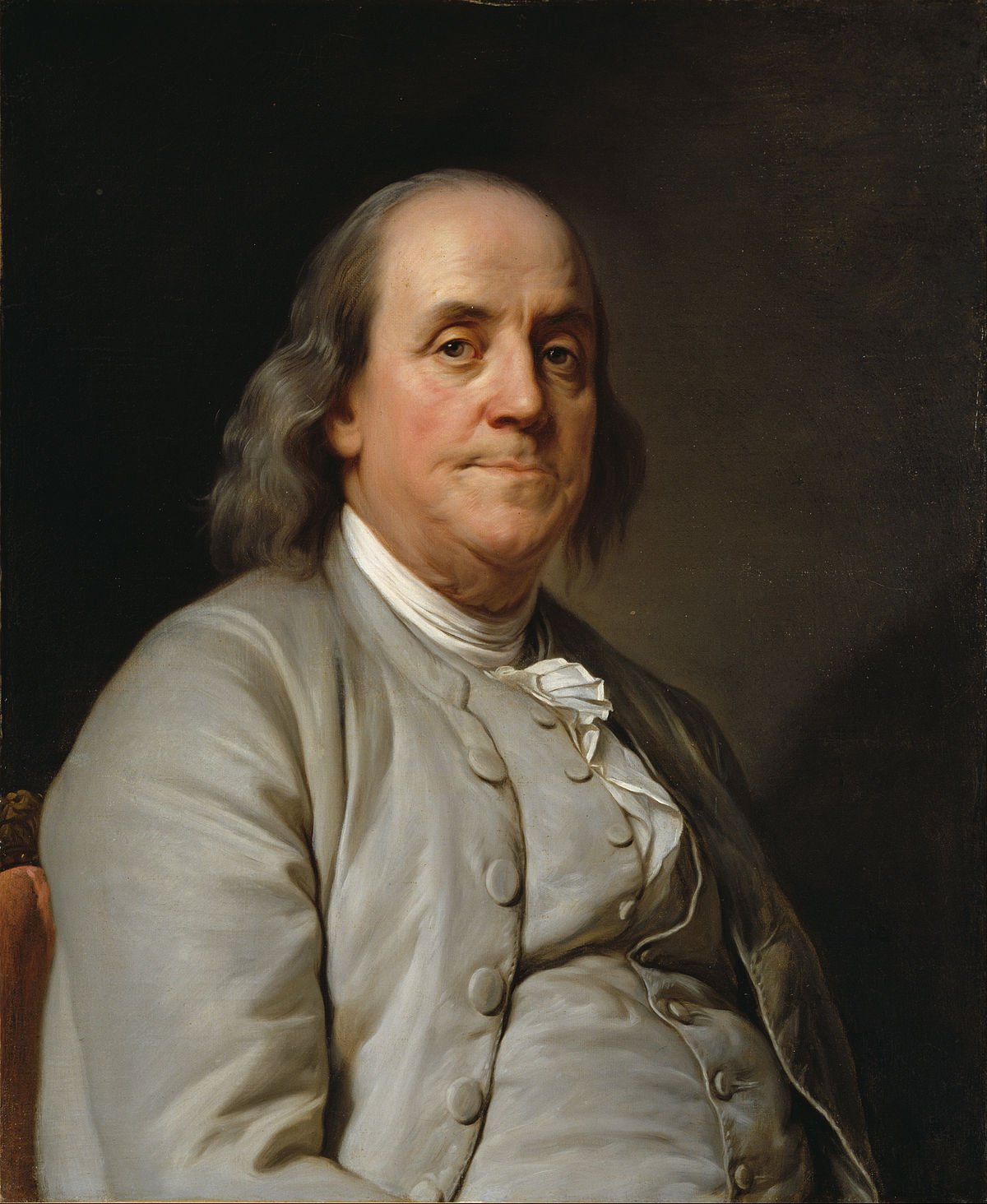 The official records for this group were destroyed long ago and there is no official membership roster to draw from. That said, Dashwood’s club was a veritable who’s who of high society. It is rumored that, in 1758, Benjamin Franklin regularly attended meetings and, while speculative, this fits with his alleged hedonistic disposition.

The most infamous of all the Hellfire Clubs was founded by Richard Parsons in 1737 and met on Montpelier Hill, near Dublin. However, to properly place his club in context, it would be fitting to first discuss the peculiar history of the hunting lodge that has become synonymous with the name Hellfire Club.

William Conolly, Speaker of the Irish House of Commons, built the stone hunting lodge in 1725. In what seems to be pure coincidence, Conolly purchased Montpelier Hill from Philip, the Duke of Wharton and the founder of the original Hellfire Club. The structure was built upon a prehistoric burial mound, repurposing many of the stones as building material. A large standing cairn was removed from the grave and used as the fireplace mantel. The rumors of its haunting followed shortly after completion, beginning with a massive storm blowing the original slate roof off the lodge. Local oral history claims that it was the work of the Devil, revenge for disturbing the grave and removing the cairn. It was scantly used for its intended purpose as a hunting lodge before Conolly died in 1729, though by then the rumors of its haunting were thoroughly established.

After Conolly’s death, the lodge began to deteriorate from lack of use and, by the time his heirs rented it to Parsons and his crew, it was all but abandoned. Like other Hellfire Clubs, this one also had its blasphemous traditions. Members referred to themselves as devils or demons, while the president was said to be Satan himself. Allegedly, an empty chair was placed at their table, should he ever desire to stop in for a meeting. Because of the remote location, few reliable accounts regarding the activities of the group can be cited, though reports of prostitutes dressed as nuns are among the more consistent. 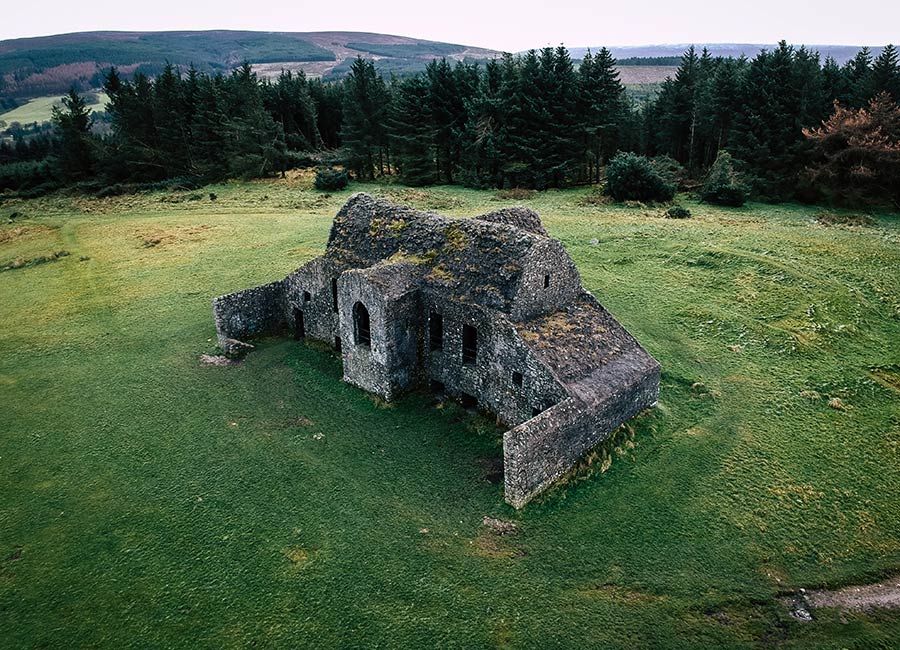 In all probability, the club was just a glorified party house, though this hasn’t diminished the fantastic rumors surrounding it. One legend states that a group of members were holed up in the lodge drinking and gambling one winter night when a lost stranger knocked on the door. They invited him in to get warm and play some cards. The stranger accepted the invitation and soon began an incredible winning streak. Later, when one of the players dropped a card on the floor and knelt down to retrieve it, he saw that the stranger possessed cloven hooves where his feet should be.

Another tale, with many variations, involves a black cat kept by the club as a mascot. In one of the more popular versions, two drunken members doused the hapless creature in whiskey and set it on fire. It ran off flaming into the night. Allegedly, the cat’s spirit haunts the hill, appearing as a giant, stalking cat with burning red eyes. Reports of this apparition continue to this day.