“We, the Deputies of the Higher College of the Rose-Croix, do make our stay, visibly and invisibly, in this city.”

These words, printed on a strange poster, appeared in the streets of Paris, in 1622. They marked the galvanizing of a movement that had firmly ensconced itself in Europe and would grow to be one of the most influential esoteric orders in history.

It began with a series of three anonymously published manifestos in Germany, between 1614 and 1617. The texts announced the existence of the Order of the Rosy Cross, a society allegedly in possession of ancient wisdom hitherto suppressed by church and state. Their stated objective was to affect a universal reformation of mankind. The manifestos were largely allegorical, casting doubt as to whether such an organization actually existed, or whether they were describing one that already existed, but in another form. 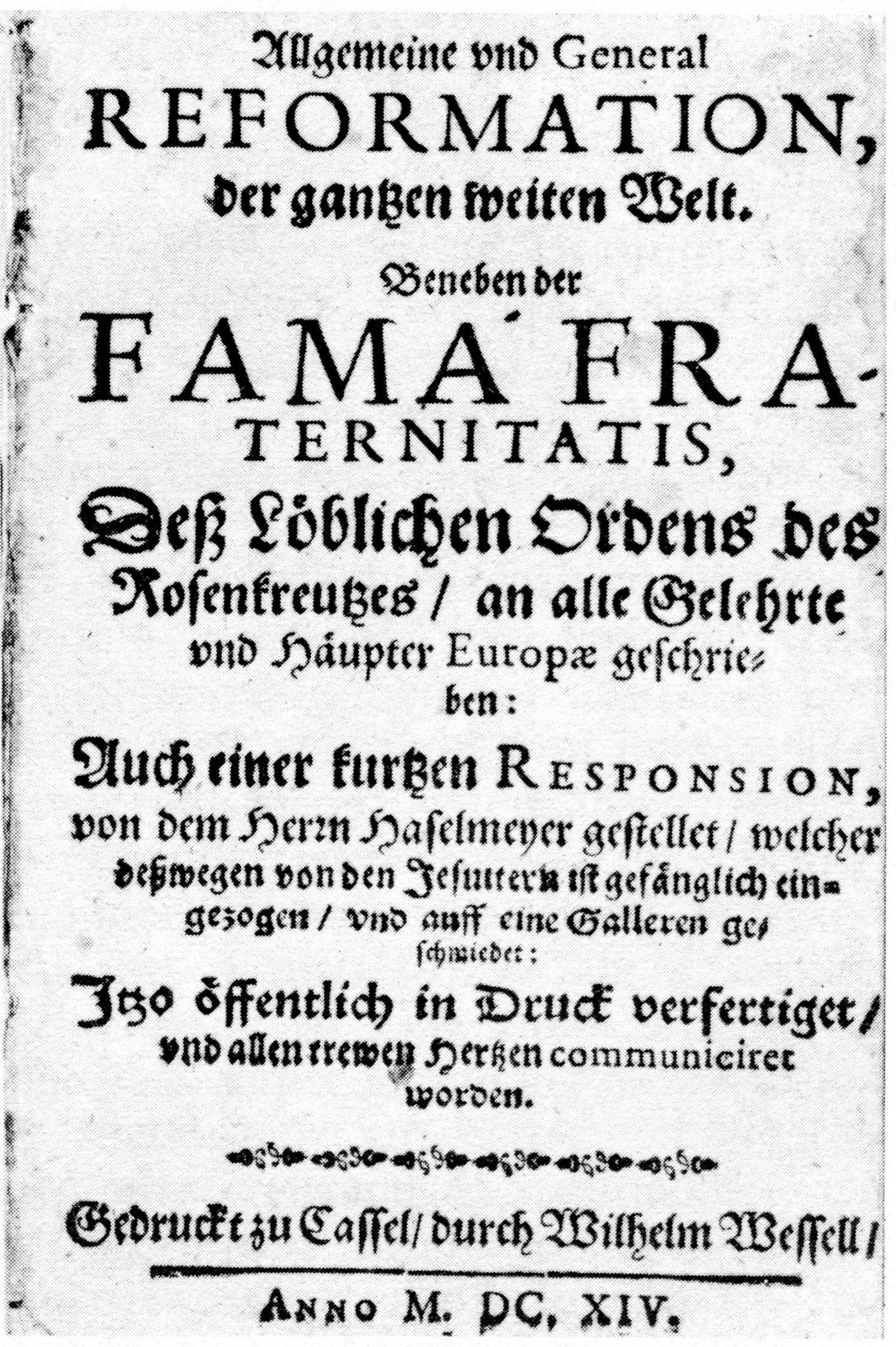 The first, The Fama Fraternitatis RC, (The fame of the Brotherhood of RC) is the story of a German doctor named Christian Rosenkreuz. In the parable, the doctor studied in Egypt and the Middle East, gathering secret and ancient knowledge. He then returned to Germany and founded a brotherhood of 8 other doctors who used their knowledge to heal the sick, never accepting payment. It was incumbent upon each of them to train their replacements and pass on their secrets. Apparently, three generations of these doctors had passed and now the religious and political climate was ripe to expand the order, thus the brotherhood was looking to recruit.

The curriculum of the Rosicrucians is a hybrid amalgam of Qabalah, Christian Mysticism, Western Hermeticism, and Alchemy.  Their symbol is the Rose Cross, a Christian cross with a rose in the center. Among other things, the Rose Cross represents the marriage of the sacred feminine with the phallic. Allegedly, versions of the Rose Cross have been in use since the 12th century, namely by Knights Templar. Some factions of Rosicrucians claim to have descended from the Templars, though the evidence for this is debatable. 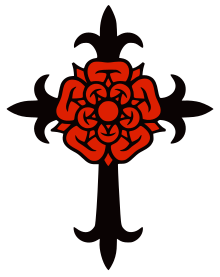 Rosicrucian teachings were massively influential in early Freemasonry, particularly the Scottish Rite. Though, while the Freemason’s aligned themselves to more political, social, and philanthropic endeavors, the Rosicrucians were more spiritual and academic, retaining strong Christian ties, specifically Lutheran Protestantism. Their religious affiliation would prove to be problematic as Europe was plunged into the Thirty Years War, shortly after their founding. The war pitted Catholics against Protestants and caused tremendous religious and political instability. This caused the group to either move east or go underground.

As an organization, their history is a bit murky during the war. Even one of its purported founders, Johann Valentin Andreae, suspected author of the Chymical Wedding of Christian Rosenkreutz, the third of the manifestos, claimed that the whole thing was a whimsical joke. Likely, he meant to protect himself from political and religious persecution. While there was no shortage of Rosicrucian philosophy during the 1600s, significant lodges did not begin to form until the early 1700s, casting some doubt as to whether they were connected to the founders by anything other than philosophy.

The 1700s brought on an explosion of Masonic and Rosicrucian groups. The esoteric aspects of their philosophies were extremely similar and members often drifted between the groups, sometimes resulting in lodges being overcome by one group or the other. One famous example is the Gold und Rosenkruezen (Golden and Rosy Cross) who in in 1782 attempted to assimilate the Three Globes Grand Lodge, Germany’s oldest Masonic Lodge. Then of course there was the infamous Bavarian Illuminati, that infiltrated both Rosicrucian and Masonic groups, making for some heady days indeed. 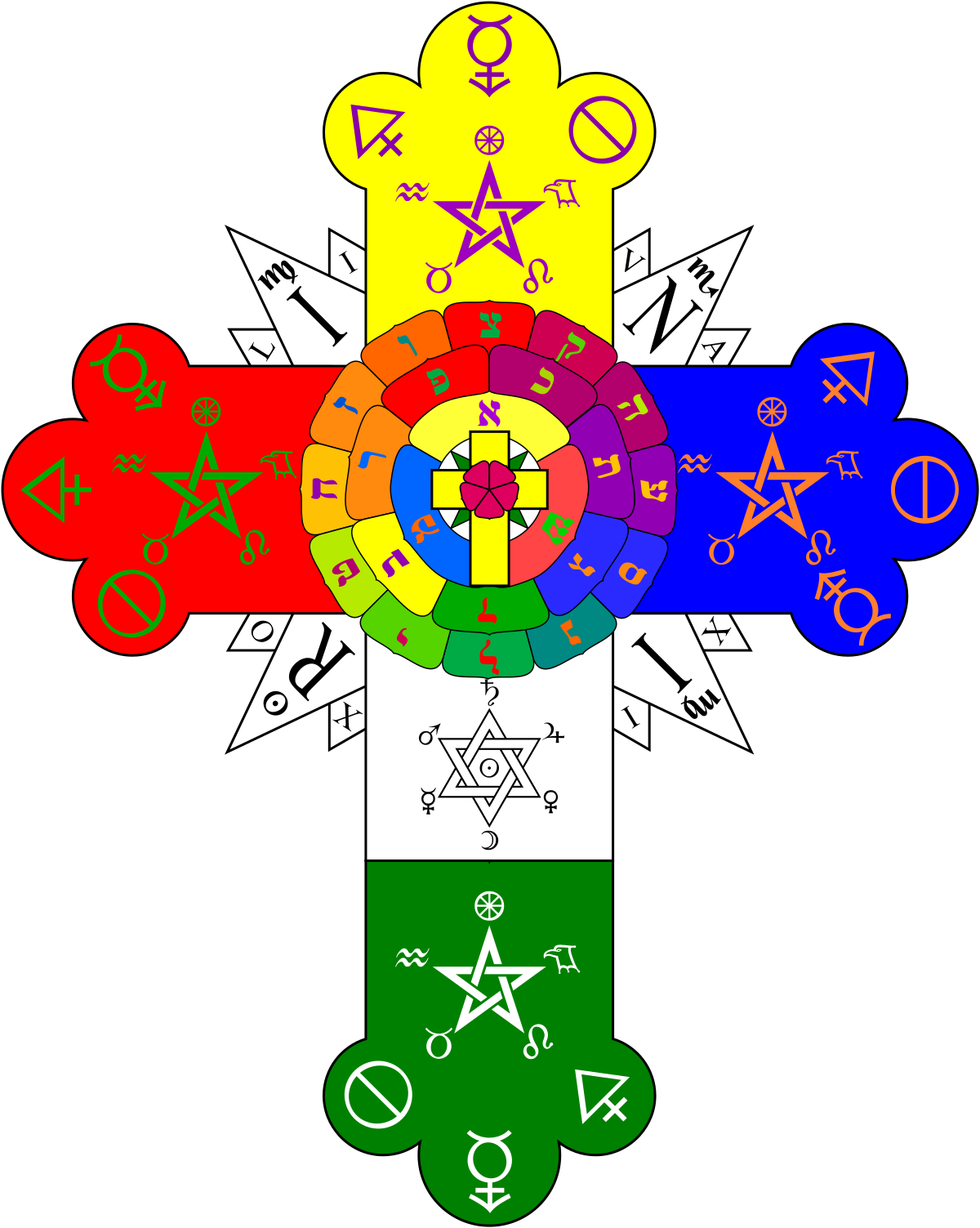 Like Freemasonry, Rosicrucian lodges continue to operate to this day. Though, unlike the Masonic tradition, Rosicrucianism has split, morphed, and fractured into new, almost unrecognizable, esoteric paths. A notable example of this would be The Golden Dawn, who took the major tenets of Rosicrucian teachings and disseminated it into countless different occult schools. Most of the modern studies of New Age, Magick, or Spiritualism, evolved from Rosicrucian sources.

Ultimately, what sets the Rosicrucians apart from other secret societies is their desire to share knowledge, rather than curate it in the shadows. Their philosophies are readily available in any book store, although making sense of them is another matter entirely. But I suppose that’s what secret societies are good for, interpreting secrets, hence their ubiquitous gatekeeping of sacred knowledge.