Herbert Crowley does not exactly fit the mold of an outsider artist. In fact, a very compelling argument could be made to the contrary, citing his showing at the 1913 Armory exhibition that saw his work displayed along with names such as Van Gogh, Cezanne, Matisse, Picasso, Duchamp, and Gauguin. This legendary exhibit ushered in an age of modernism that would change the art world forever. It should have been his moment. It should have been an introduction to greatness, his passport into history… Instead, within a few short years, he would walk away from all of it. Herbert Crowley was born in London in 1873 and moved to New York in 1910. His first published artwork was a cartoon strip, the Wigglemuch, printed in the New York Herald. Though the strip only ran for about fifteen weeks, it came at a time when cartooning was first being recognized as a legitimate art form, and Crowley was among the vanguard of the art. He would continue to show his work in New York until the early 1920s, notably sharing an exhibit with Leon Bask in 1914. 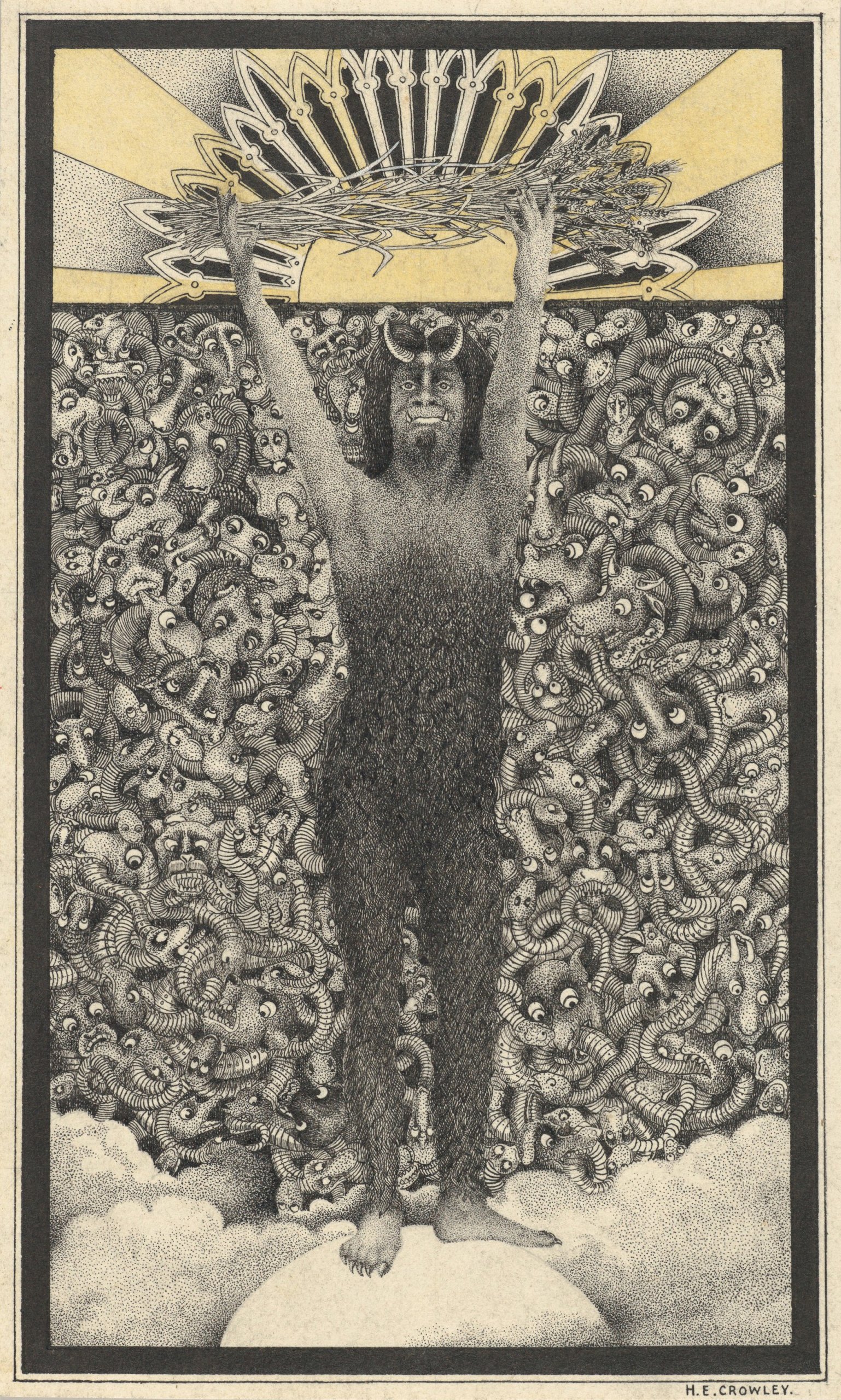 In 1924, he married Alice Lewisohn, founder of the Neighborhood Playhouse, where he had been a set designer. Together they moved among the elite artists and thinkers of their time, collaborating with socialites such as Peggy Guggenheim and counting themselves among Carl Jung’s inner circle of friends. In the late 1920s, they relocated to London, where Crowley became increasingly philosophical and began to rethink his work as an artist. 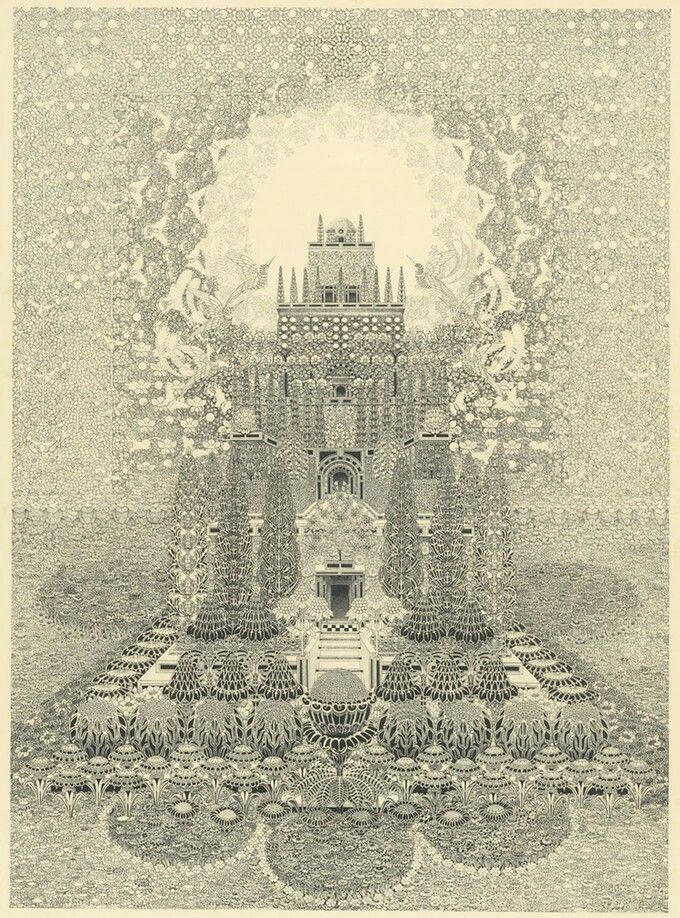 From London, he traveled extensively, searching for meaning in his life. Like many great minds before him that have set out seeking answers to the unknowable mysteries of life, his soul searching often lead to sadness and depression. His journeys took him through the Middle East and India before he finally settled down in Zurich, Switzerland. By this time, Crowley had all but abandoned his art and had even started destroying some of his works. In 1937, a sudden illness led to his unexpected death. At the time, it was his wish that the remainder of his works be destroyed. Fortunately, this final request was not granted. However, over time, his works became lost to memory and well removed from the public view.

So they would have remained, if not for Justin Duerr. 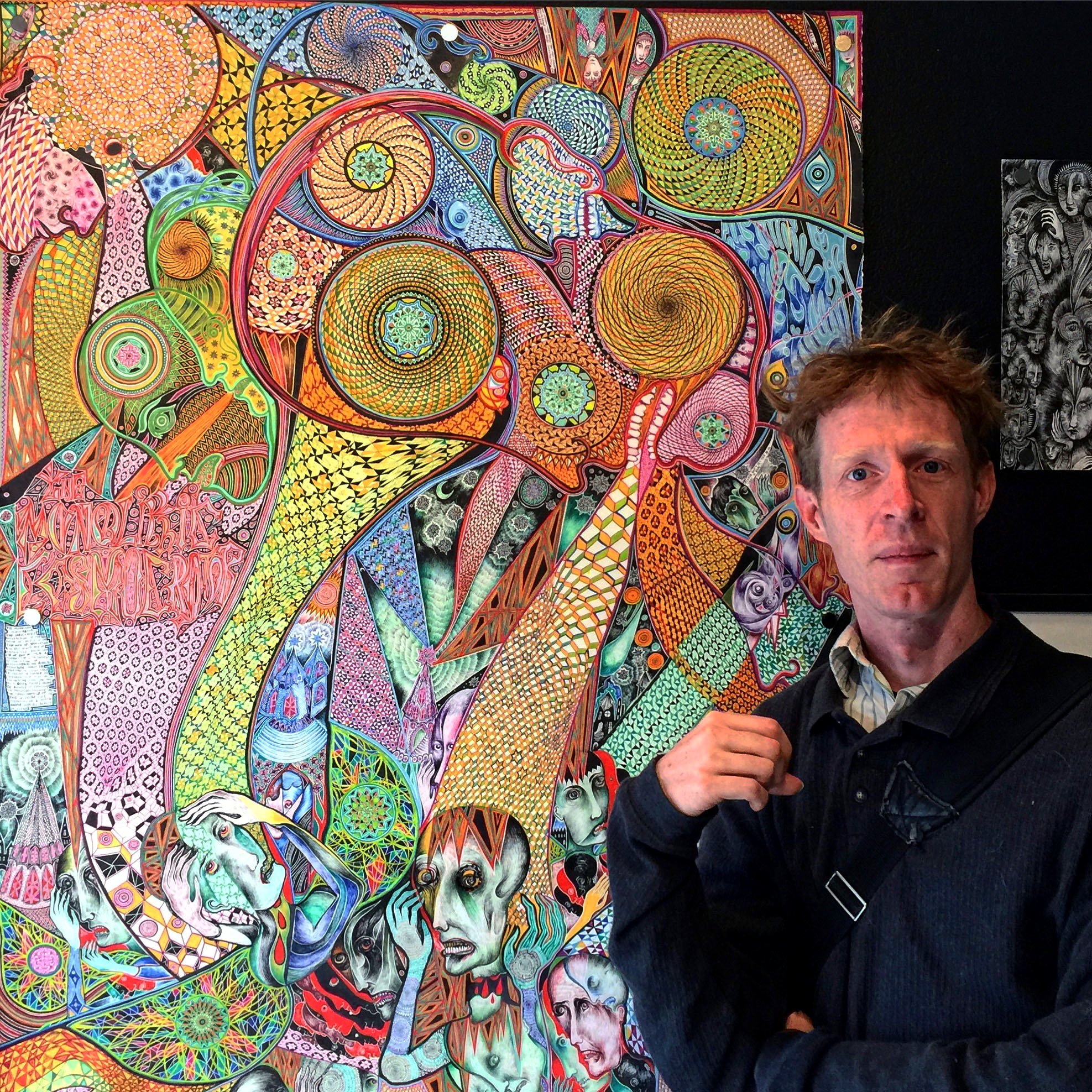 Justin Duerr came up in the Philadelphia underground scene, playing punk rock and making outsider art. Beyond his own formidable talents, Duerr is a passionate seeker and historian of the obscure, strange, and mythical artists from the fringe. I first became acquainted with his work through his documentary film, Resurrect Dead: The Mystery of the Toynbee Tiles. In the film, Duerr and his crew track down the origin of a mysterious artist known for embedding linoleum tiles into the streets bearing his bizarre message. The message, roughly being that after a rapture type event, claims that the dead could be resurrected on Jupiter. Duerr reasonably solves the mystery of the prolific and elusive artist and, in the process, unravels a tale that is both sad and beautiful. Duerr’s love of outsider art is no secret. He even named one of his bands after the Vivian Girls, from Henry Darger’s epic work. Thus, researching Herbert Crowley and his strange exodus from art was a subject well within his wheelhouse. After doing a bit of digging, Duerr made an amazing discovery. A house, once inhabited by Crowley, now lay abandoned in the woods of upstate New York. The house was part of an artist commune sponsored by Peggy Guggenheim in the 1920s which, after being abandoned, had sat undisturbed, quietly receding into the underbrush, for more than 80 years. Duerr investigated the dilapidated property, crawling through decades of rat’s nests, spiders, and decay to discover that the house still contained original works of art by Herbert Crowley unseen since their creation, one work actually being incorporated into a racoon’s nest! With this trove in hand, he began researching the rest of Crowley’s life, contacting his descendants, and tracking down long missing works of art. He located a large cache in the archives of the Metropolitan Museum of Art donated by his former wife, Alice Lewisohn. Other works, as well as private writings and even anecdotal stories, were retrieved from surviving family members and private collections. With the help of a Kickstarter campaign, Duerr was able to compile Crowley’s work and story into a book titled The Temple of Silence: Forgotten Worlds of Herbert Crowley. 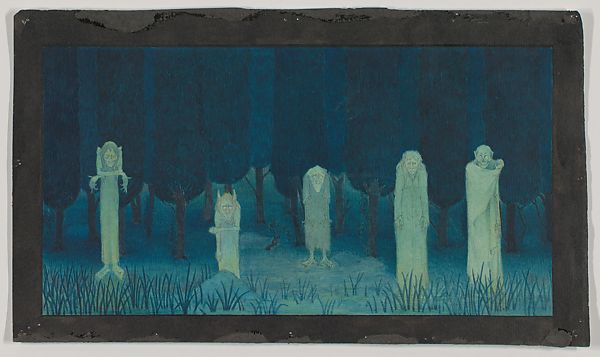 I won’t be naïve enough to claim that art is this or should be that, nor vain enough to think my opinion on the subject matters. I will say, being an artist isn’t easy and art is often born from pain, depression, and, sometimes, mental illness, as is frequently the case with outsider artists. I chose the story of Crowley and Duerr to end these essays because there’s an eloquent kind of justice to it, if justice is the right word. What was born of an artist’s passion, yet fated to be unappreciated, lost, or discarded, was then redeemed and restored with an equal passion, born of an artist’s understanding.

I suppose you could argue, a lot of good that does an artist a century later, and I would be hard pressed to argue that point. In fact, I don’t have much advice to offer to the artists out there, suffering in the hinterlands. I can only leave you with this; though it seems as if you are screaming into a void, the void is, in fact, listening.