History has a cruel and ironic relationship with artists. Right now, somewhere unseen, masterpieces are rotting in tiny studio apartments and shitty basement rooms; meanwhile, some moron on tiktok is farting into his bathwater to the applause of millions of views. It isn’t right, but it never was.

Whether painter, musician, poet, or writer, the craft can be a lonely one, unappreciated, and ignored. Yet somehow, in the face of indifference or rejection, an artist is driven to create. Certainly, there are plenty of artists who are known and loved, though for every one of those, there are countless legions of others, creating visions that in all probability will go unseen. Henry Darger was such an artist. 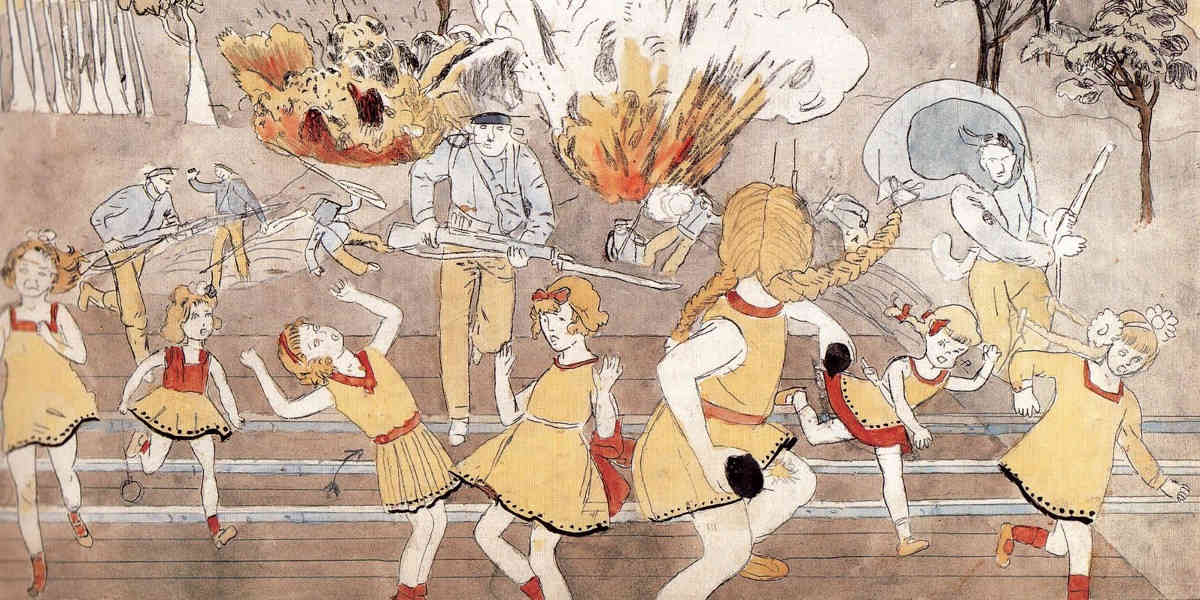 Henry Darger Jr. was born in Chicago in 1892. His mother died when he was four, leaving him to the sole care of his father, a tailor. Due to his above average intelligence, he was enrolled in public school at a grade higher than his age. Though his father encouraged him and cared for him as best he could, his disabilities and advanced age caused him to be committed to St. Augustine’s Home for the Aged. Subsequently, Henry was placed in a Catholic orphanage, where his behavior provoked the nuns to expel him to the Illinois Asylum for Feeble Minded Children. It is speculated that the bad behavior in question was “self-abuse” aka masturbation. 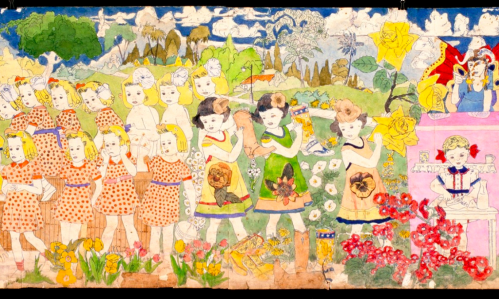 In 1908, his father died at St Augustines without Henry being allowed to visit him since his commitment there. After several escape attempts, he escaped the Orphanage in 1909 and relocated back to Chicago. In 1930 he moved into a second-floor apartment in Lincoln Park, where he would spend the next 43 years of his life. There he found work as a janitor, attended daily Catholic mass, interacted with few and maintained a reclusive and solitary existence. In 1973, he became ill and was committed to St. Augustine’s, the same home his father had died in. He died on April 13, 1973, a day after his 81st birthday. 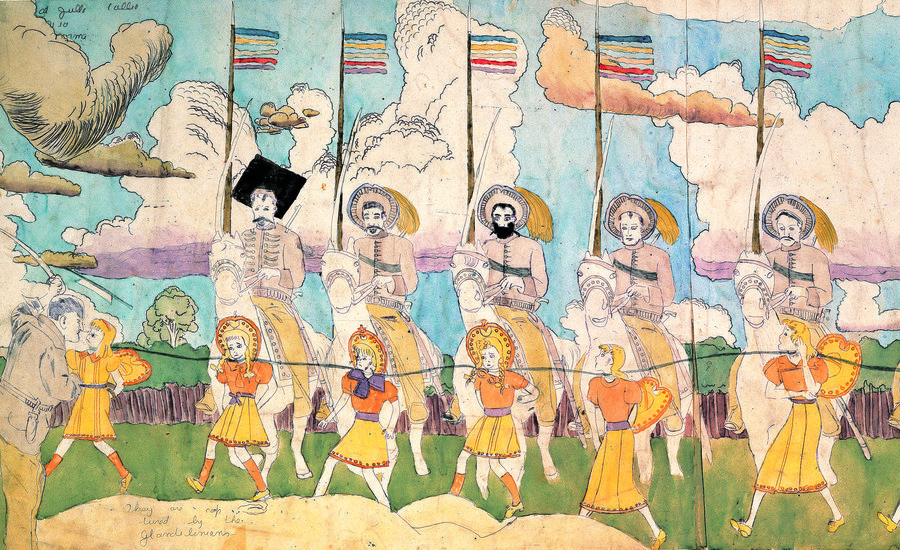 His story would have likely ended there, unremarkable, and unremembered, if not for the curiosity and discerning eyes of his landlords. Piled amongst the stacks of newspapers, magazines, and bizarre collection of found objects, was a collection of work that spanned six decades. Darger’s volume of work was so massive, it could only have been achieved by an obsessive and all-consuming dedication. Considering the chaotic, hoarder-like condition of his apartment, his work might easily have been excused as the dabbling of a mad man. However, the deeper they looked and the more they discovered, it was clear there was a consistent aesthetic and arguable genius to it. 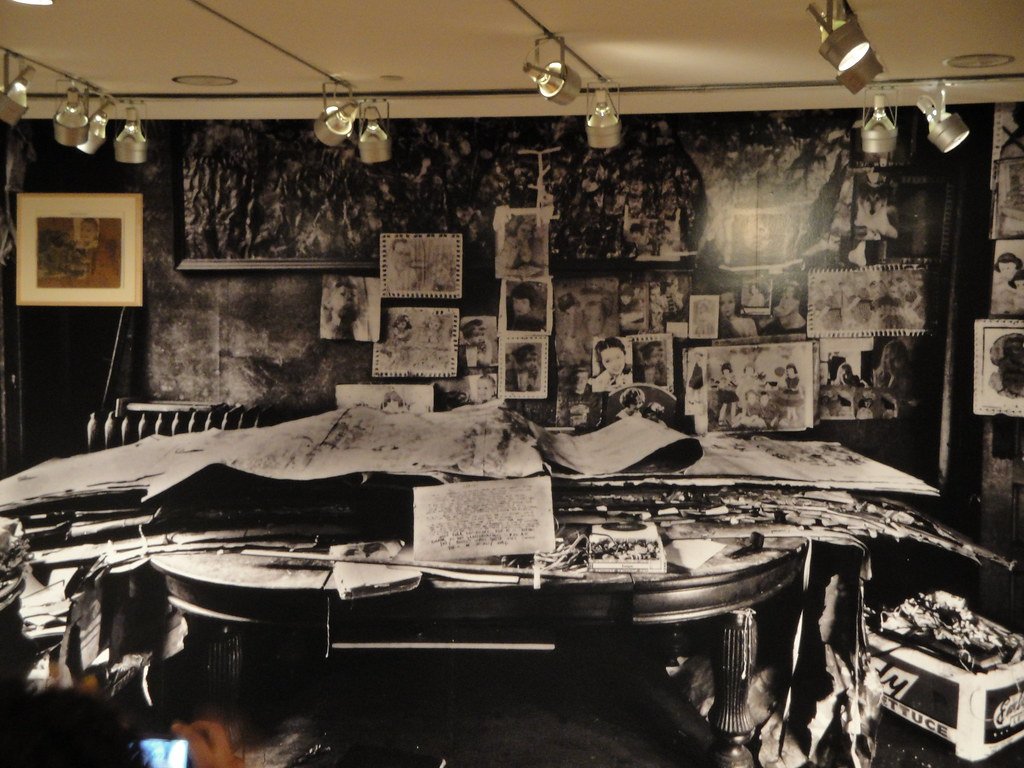 Henry Darger dreamed of creating a home for wayward and abused children, and though he was never financially able to realize it, the concepts manifested throughout his art and writing. These ideas were most vividly on display in his largest work, In the Realms of the Unreal, a 15,000-page novel, illustrated with hundreds of giant watercolor scrolls. In summary, it’s a sci-fi fantasy with heavy Christian overtones about a child slave rebellion that leads to a massive war. Though summery wasn’t Darger’s thing, the complete title to his opus was The Story of the Vivian Girls, in What is Known as the Realms of the Unreal, of the Glandeco-Angelinian War Storm Caused by the Child Slave Rebellion 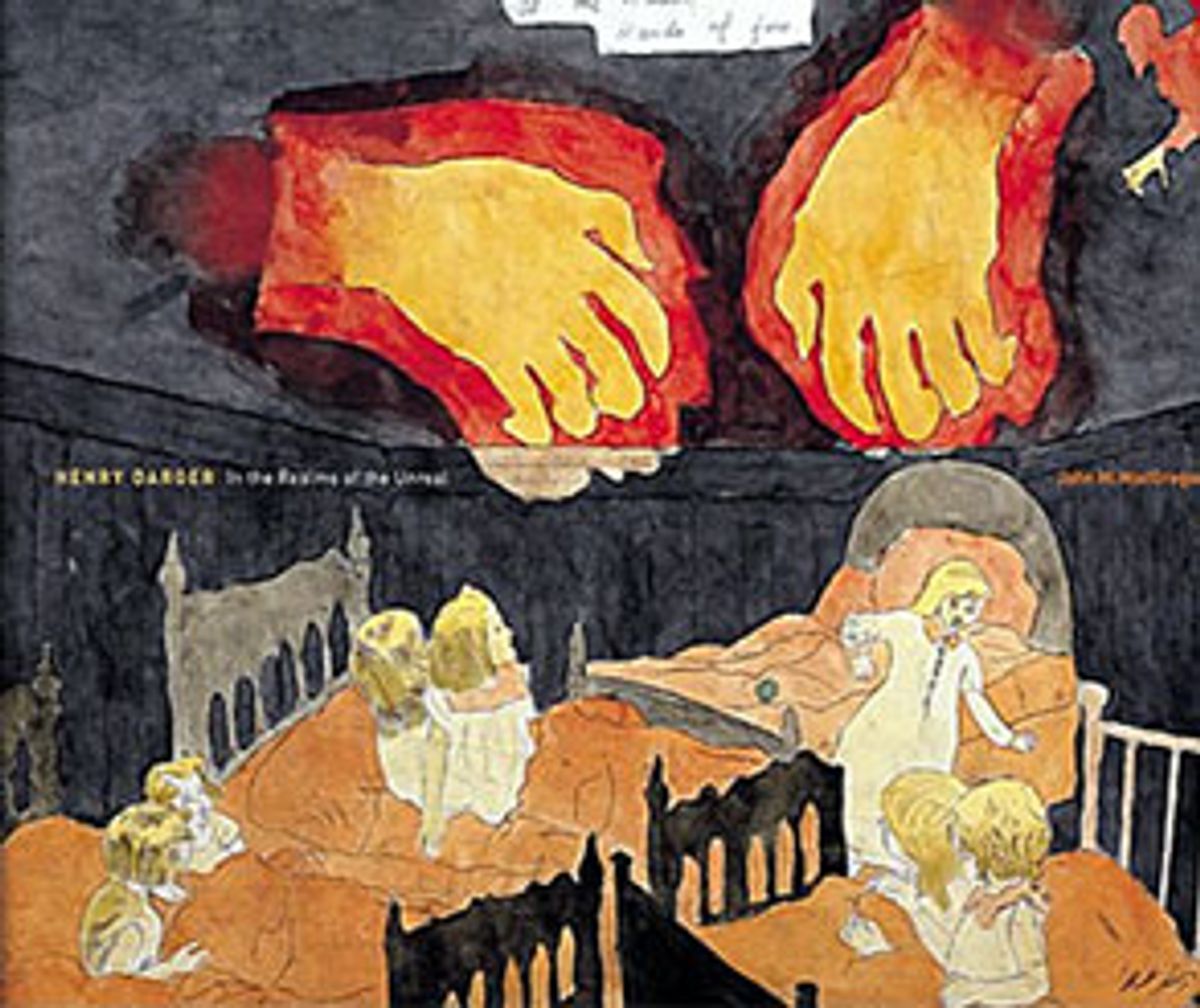 Another work, Crazy House, Further Adventures in Chicago, seems to continue the themes in Realms, while incorporating elements from  his time in the asylum, pictured in the story as an evil haunted house. He also began a sprawling autobiographical work called The History of My Life that talks about his childhood, before delving into another piece of fiction, this time about a giant Tornado. 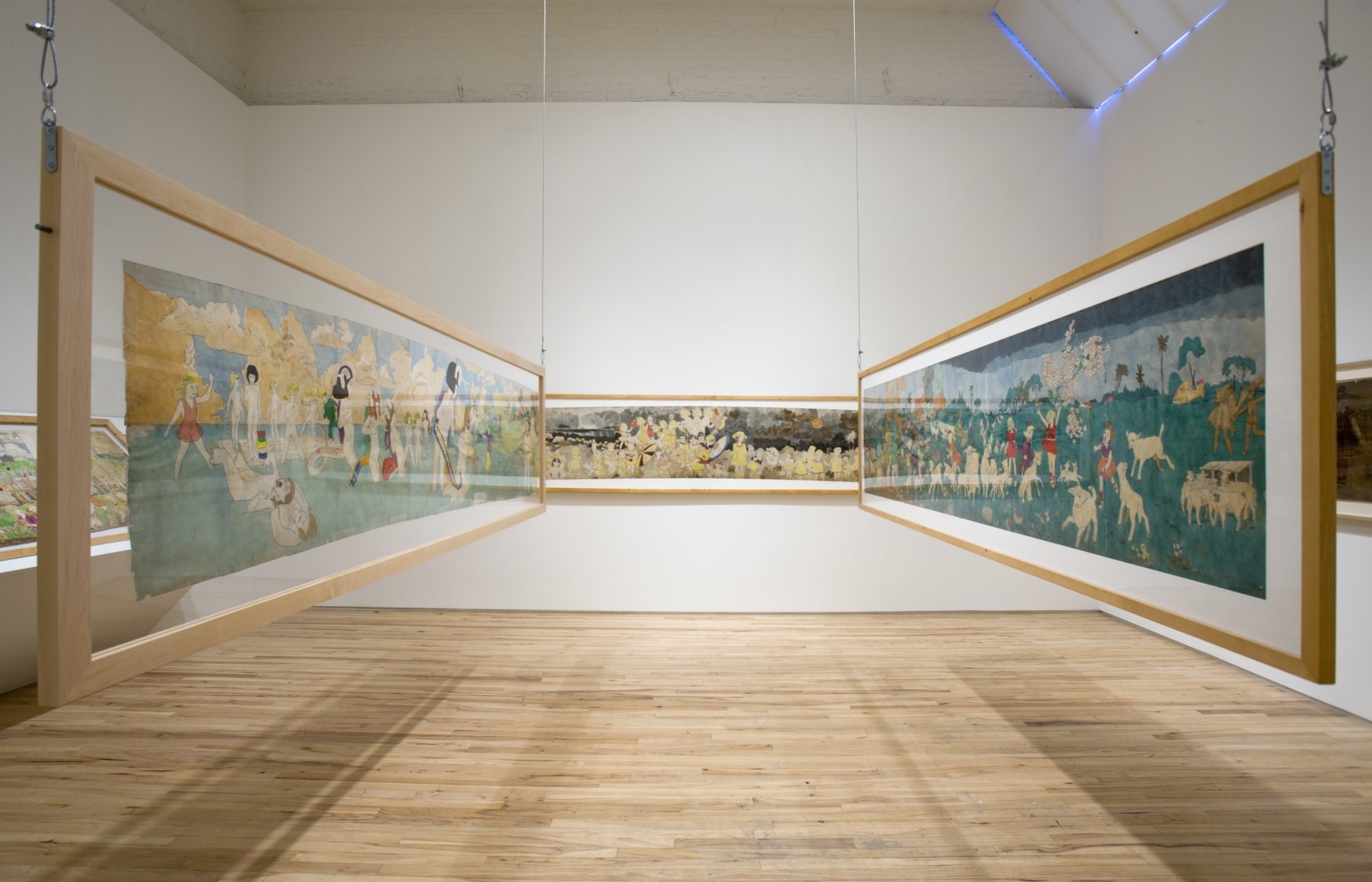 Darger’s distinctive style incorporates images clipped from newspapers and magazines that he either traces or uses as collages, then treats with watercolor. Many of the images he collected and saved, reusing like stencils in other works. This vast collection of seemingly random images and objects made took up a sizable amount of space in his apartment and contributed to the clutter; a clutter that almost disguised his work as trash.

Darger lived and died, toiling in quiet solitude, creating visions and universes that he never shared with the outside world. He died penniless, buried in “The Old People of the Little Sisters of the Poor” Plot in All Saints Cemetery. His epitaph reads simply, “Henry Darger, Artist, Protector of Children.  In death, he is known as one of the greatest outsider artists in history with works displayed in museums around the world and often carry price tags over a million dollars. A sobering thought for a man that in life, could barely afford a friend.