In November of 1964, landlord Meyer Wertlieb visited a small garage that he owned, investigating why the rent had not been paid. Unfortunately, his tenant, James Hampton had passed away of stomach cancer. Wertlieb was aware that Hampton was building something in the space, though nothing could prepare him for what he discovered when he entered the garage. As one art dealer put it, it was like walking into King Tut’s Tomb. 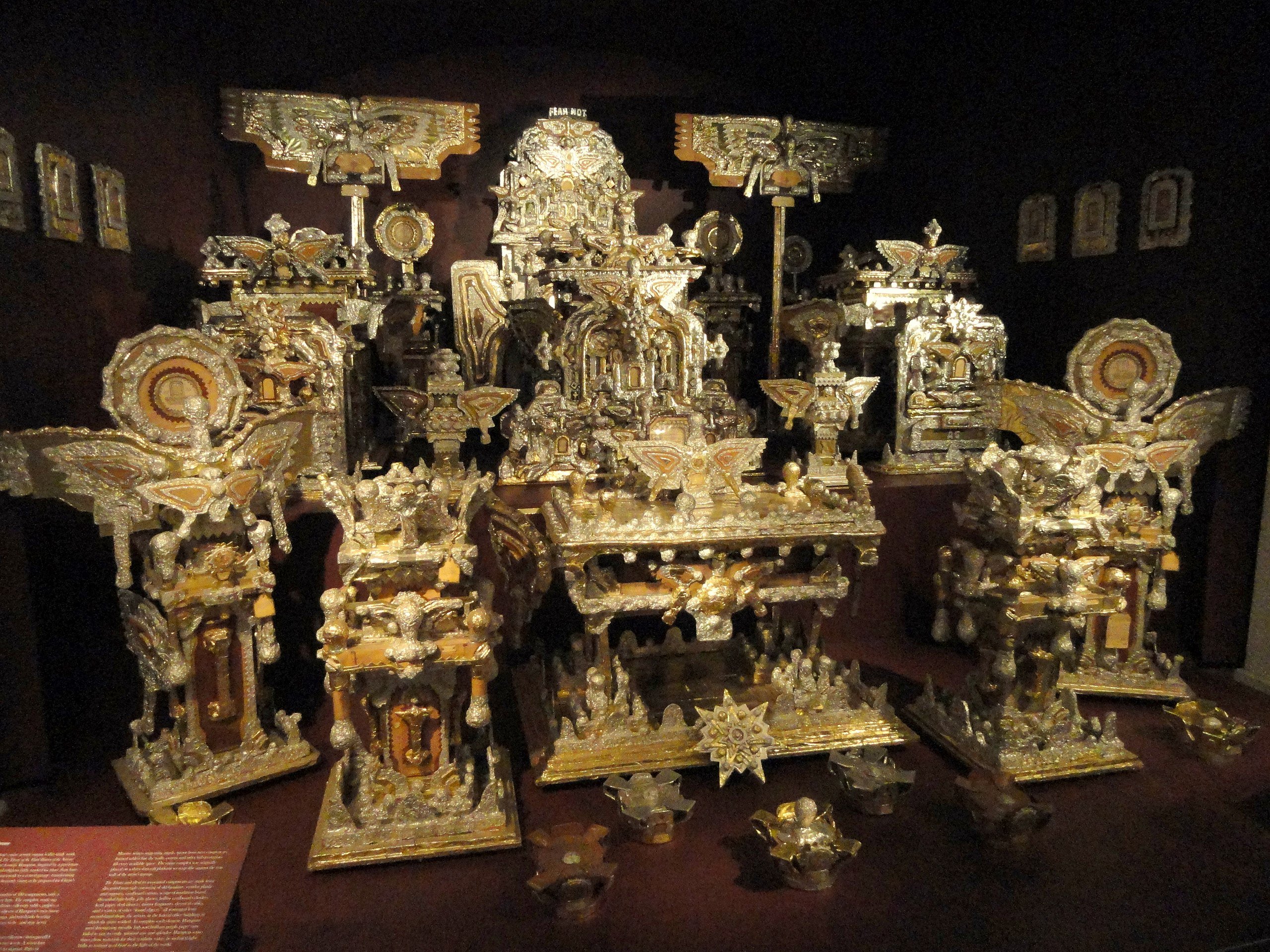 For the past fourteen years, Hampton had been lovingly crafting what he called “The Throne of the Third Heaven of the Nations’ Millennium General Assembly.” The central piece is a seven-foot-tall throne fashioned from an old recliner. Surrounding it are dozens of altars and pulpits which, like the throne, are fabricated entirely from found objects. Among the myriad of materials utilized by Hampton are old furniture, cardboard, light bulbs, mason jars, shards of broken mirror, random glass, and an awe-inspiring amount of gold and silver foil.

In totality, the work consists of 180 objects, drawing inspiration from millennium prophecies, Biblical imagery, the Book of Revelations, and St. John’s vision of God on a gold and silver throne. Hampton blends his imagery with traditional African influences such as Santeria, Voudon, and Candomblé, vividly expressing his unique spiritual vision. While undeniably apocalyptic, his work endeavored to remain positive, as evidenced by a central message above the throne itself that reads, “FEAR NOT.” 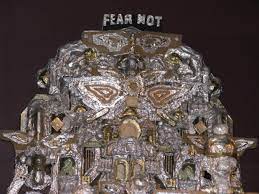 Not much is known about James Hampton. He was born in South Carolina in 1909. His father was a gospel singer and traveling Baptist preacher who left the family when he was young. He and his older brother grew up in poverty, raised by their mother. In 1928, he moved to Washington D.C. and was drafted into the U.S. Army Air Force during WW2, where he served in the 385th Aviation Squadron, a segregated unit. Though his squadron did not see combat, he managed to earn a Bronze Star and was honorably discharged in 1945, when he returned to Washington D.C.

It was during this postwar period that his spiritual journey accelerated, and he began to have visions that directed him to prepare for Christ’s return. According to Hampton, he was visited by the Virgin Mary, Moses, and Adam on various occasions. To that end, he considered himself prophet. In addition to the Throne, he also authored a 108-page manuscript, written mostly in an unknown language, titled St James: The Book of the 7 Dispensation. While largely undeciphered, the text did include an additional set of commandments, as man had failed in following the first ten. 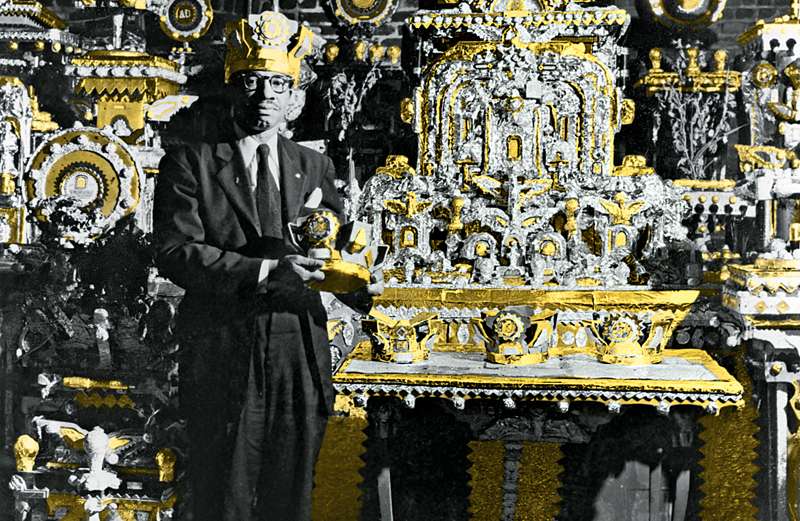 James Hampton was certainly an interesting and somewhat controversial character. However, regardless how one might feel about his faith, his claims, or even his sanity; we can objectively agree that The Throne of the Third Heaven is a magnificent achievement and an inspiring work of wonder. For almost 15 years, he labored secretly in the solitude of his humble garage, leaving behind a true monument to his faith and artistic vision.

After Hampton’s death, Wertlieb, his landlord, was at a loss as to what to do with the massive collection. Had things have gone differently, it might have ended up in a landfill. Fortunately, he knew a few art dealers, one of which connected him with Harry Lowe, the assistant director of the Smithsonian American Art Museum, who purchased Hampton’s art for the price of the back-owed rent on the garage. Lowe latter donated the work to the Smithsonian, where it remains on display to this day.