The Murders of Kevin Ives and Don Henry: Part Two

The fact that Saline County was a hotbed for drug trafficking was an open secret in Arkansas at the time, however the infrastructure set up by the DEA, state government, and local law enforcement allowed this to continue with relative impunity. The murders on the tracks put all of this in jeopardy.

With this in mind, let’s go back and look at the cover-up. Clearly, there were some powerful forces at work against justice, beginning with Sherriff Steed who lost, withheld, or destroyed evidence from the beginning. Steed even had the audacity to brag about the thoroughness of his investigation. However, it is the asinine autopsy findings and obstructive behavior of State Medical Examiner Fahmy Malak that gives us our first clue as to how high the conspiracy reaches. 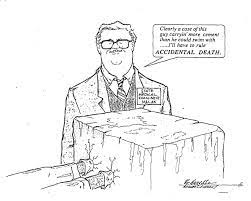 In addition to insisting the boys died while in the throes of a marijuana induced psychedelic coma, Malak also suppressed critical tests from being performed, told his assistant to “never mind” clear stab wounds found on Henry, and completely obliterated the boy’s bodies in what the independent medical examiner described as the most “bizarre” autopsy he ever saw. Why would he do this? What possible stake could Malak have in all of this? Well, it might have something to do with who appointed him and who not only allowed him to continue after such heinous mistakes, but actually praised him and gave him a 40% raise. That would be none other than the Governor of Arkansas at that time, Bill Clinton.

Well, it happens that ridiculous rulings are Malak’s stock and trade. Some of his greatest hits include ruling suicide where a man was shot five times in the chest with no gun left at the scene, accusing another medical examiner of murder after misreading some paperwork, and dramatically misreading numerous tissue and DNA samples. My favorite, however, is a case where a man was found decapitated in his home and Malak ruled that he had died of a stomach ulcer. Explaining the absence of his head, Malak claimed it was eaten by the family dog, backing it up by claiming to find brain tissue in the dog’s stomach. When the head later turned up in a garbage can, Malak simply said that the dog must have vomited it up! However, it is the case of Susan Deer that offers us the most enlightening perspective. 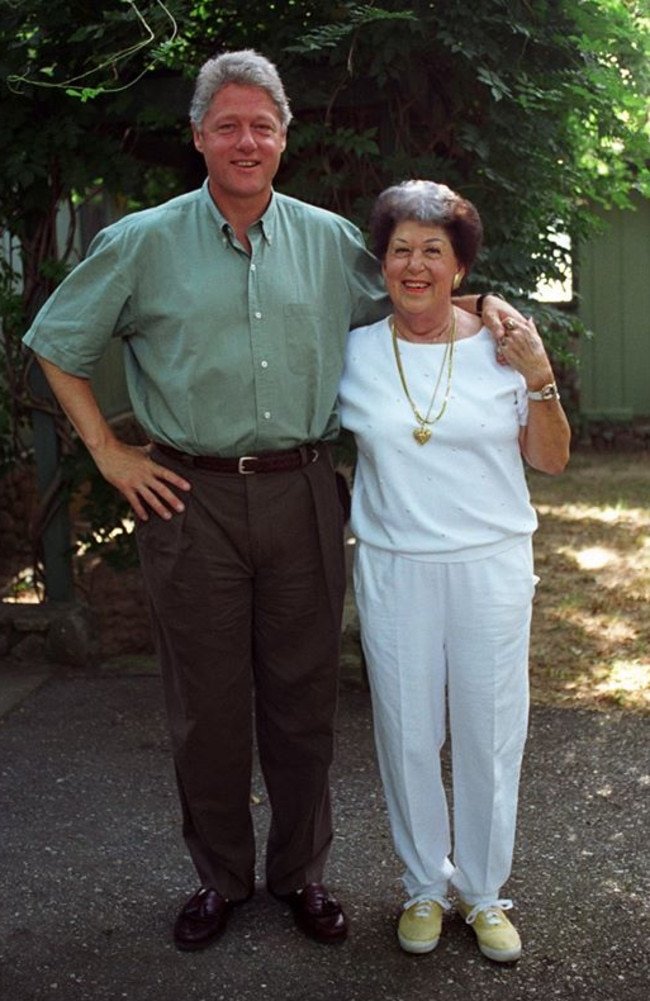 In June of 1981, 17-year-old Susan Deer was drinking beer and riding in a car with several boys when they drove past Billy Ray Washington. The boys in the car threw a beer can and yelled racial slurs at Washington, who responded by throwing a chunk of concrete at the car. The projectile hit Deer, causing damage to her teeth and nose, and she was taken to the emergency room. Her injuries were not life threatening, though reconstructive surgery was required. The following afternoon, the surgery began and, while initially seemed to be going fine, complications arose and Deer died in surgery. The complications, well-documented in the medical file, arose when the nurse-anesthetist, Virginia Dwire Kelly, had difficulty transferring breathing tubes from her throat to her nose. Deer was without oxygen for an extended period of time, leading to cardiac arrest.

Dr. Malak ruled homicide, death by blunt force trauma, leading to Washington being tried for murder and exonerating Kelly from malpractice. It should be noted that Virginia Kelley is Bill Clinton’s mother. Sure, the Clintons are low hanging fruit, but this is not the only time his name pops up in this story. 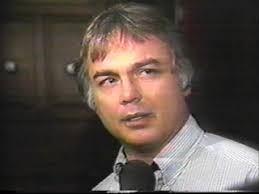 Back to Don Harmon and the grand jury assigned to the murders. By the time the grand jury met on December 31, 1988, to make their decision, at least seven witnesses directly involved with the case had been murdered. Harmon and Garrett, the Saline County Sherriff’s Office, and the Arkansas State Police were confident that these deaths were unrelated and remained without suspects. Despite witness testimony and anonymous tips implicating Kirk Lane and Jay Campbell as the killers, they were blocked from appearing before the grand jury. We will likely never know what the grand jury’s recommendations were because they were withheld from releasing their findings by Judge John Cole.

While the murder case remained opened, the sealing of the grand jury marked the end of anything that might be considered cooperation by state and local law enforcement. Yet, Linda Ives remained relentless in her pursuit of answers, even as witnesses continued to be silenced and evidence was systematically destroyed. In early 1989, public discontent with the drug epidemic and crooked local officials inspired a federal probe into the corruption in Saline County, overseen by US Attorney Chuck Banks and ran by his deputy Robert Govar. Around the same time, budget finally cleared for the formation of a new drug taskforce, led by former prosecutor, Jean Duffey. Much of what we know today, and the subsequent FBI, DEA, and CIA investigations, would stem from these investigations.

From the start Duffey’s investigation was put on notice by her boss, District Prosecutor Gary Arnold. Arnold stated, with zero ambiguity, that she was not to use her taskforce to investigate public officials. Arnold had made a name for himself as a prosecutor in the Juvenile Court where he habitually allowed child rapists to go free. Fortunately, Duffey ignored Arnold’s demands.

Duffey’s investigation would last only nine months and be marked by several ridiculous shutdowns by Arnold. However, it did not take long for her undercover agents to discover that the entire drug scene above the street level was run by familiar faces such as Harmon, Lane, and Campbell. Realizing that Govar’s investigation of Saline County corruption was running parallel to her own, Duffey passed on all the information she discovered to Govar. As you might imagine from the theme of this article, that was a mistake. 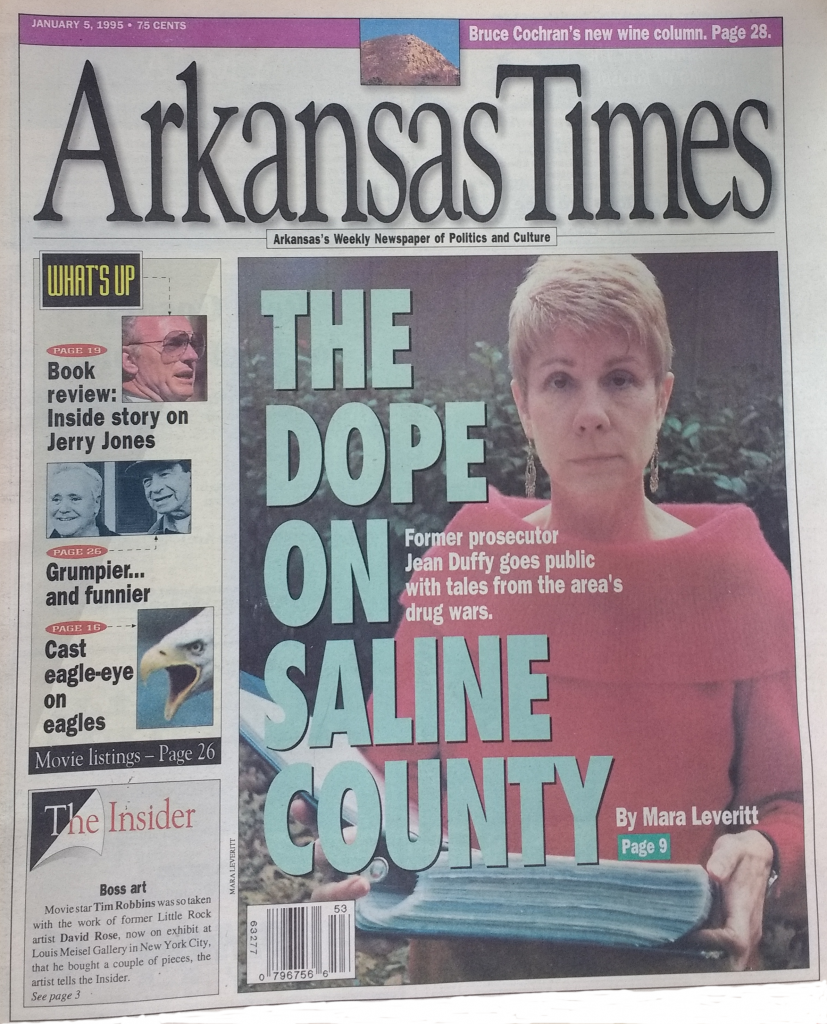 It is no matter of coincidence that Bob Govar’s two best friends happened to be Kirk Lane and Jay Campbell, the suspected murderers of Henry and Ives. He would spend nearly every weekend at their private hunting lodge, drinking and partying, while during the week he was supposed to be investigating them. In a comical twist, a DUI sting was employed against Govar, faking an emergency, when he was known to be at the lodge drinking. Subsequently he was arrested for DUI while leaving.

Regardless of Govar’s connection to the suspects, Chuck Banks had no intention of this case ever seeing the light of day. Despite the grand jury’s recommendation that indictments be served to Harmon, Lane, Campbell, and others involved in the Saline County ring, Banks shut it down, stating that the investigation had found no evidence whatsoever of corruption. Meanwhile, Jean Duffey, the one person actually trying to do their job in all of this, found herself square in the crosshairs of Harmon and the other conspirators. By late 1990, Harmon had been elected District Prosecutor and turned the full power of his office against Jean Duffey and her task force. Ironically, he turned the tables on her, accusing her of corruption and fabricating scandals. Within weeks Duffey was fired. Worse, Harmon’s old buddy, Judge John Cale, issued a subpoena for her to appear in court and to turn over all records of her investigation. When she refused, Cale issued a felony arrest warrant, despite the failure to appear being an “unclassified misdemeanor,”, the lowest possible offense, equivalent to jaywalking.

By June of 1991, the writing was on the wall. Despite half of her taskforce resigning in protest, the tide of public opinion and the relentless harassment of Harmon and Cale had totally discredited her. When several of her undercover informants reported that a $50,000 price had been placed on her head, she was forced to flee the state. Wisely, she took her files with her.