The Murders of Kevin Ives and Don Henry

At 4 a.m. on August 23, 1987, a 75 car Union Pacific train, more than a mile long, was traveling through Saline County, Arkansas on its way to Little Rock, when the crew noticed a disturbing obstruction on the tracks. Lying motionless in their path were the bodies of two boys, Kevin Ives and Don Henry, covered in a green tarp, some 300 feet in front of them. Despite their best efforts, it was simply not possible to stop the train in time and the boys were struck by the speeding train. The subsequent investigation would trigger a decades long odyssey of murder, obstruction, and conspiracy reaching the highest levels of the United States Government. The investigation was problematic from the start. Despite the suspicious nature of the incident, the Saline County Sheriff ordered the scene to be examined as an accident, rather than a murder. The collection of evidence was lackadaisical at best, as countless pieces of evidence went uncollected, including one of Keven Ives feet, that sat on the tracks for days afterwards until found by one of the victim’s family members. Other pieces of critical evidence, such as the green tarp and Don’s .22 rifle (possible murder weapon) were not located, despite eyewitness and video evidence to the contrary. EMTs on the scene also claimed that blood and condition of the bodies suggested that the victims were already dead when struck by the train, though their statements would be omitted from the report. 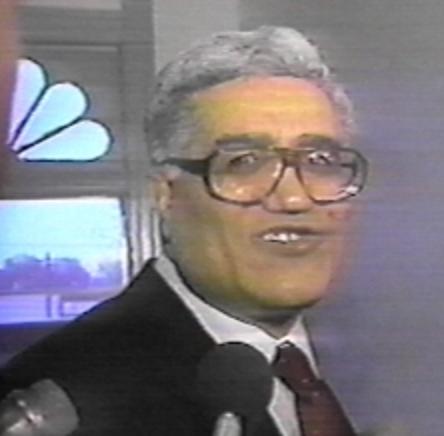 The results of the autopsy, performed by State Medical Examiner Fahmy Malak, would only further frustrate the investigation. It was Malak’s conclusion that the boys had smoked at least 20 pot joints before falling asleep on the tracks in a psychedelic coma, thus their deaths were ruled accidental. As one might imagine, the ruling was considered absurd by the family and anyone with the vaguest familiarity with marijuana. This, however, was only one of long history of bizarre autopsy findings made by Dr. Malak, but more on that later.

The families of the victims, spearheaded by Linda Ives, naturally rejected the findings, and immediately demanded that the case be reopened. After a vigorous fight with local officials, a grand jury was assembled and an out of state medical examiner was allowed to exhume and reexamine the bodies. The second autopsy revealed that one of the boy’s skulls had been crushed and the other had been stabbed several times in the back, concluding that they were most likely dead when placed on the tracks. The grand jury agreed and the case was changed from accidental death to probable homicide. In what would prove to be one of the most fateful events in the saga, the presiding judge, John Cole, would assign attorney Dan Harmon as Special Prosecutor to the case, assisted by attorney Richard Garret. Spoiler alert: these are the bad guys.

Harmon and Garret approached Linda Ives and pledged to do everything in their power to bring the killers to justice. However, as the weeks and months went on, Harmon’s investigation proved fruitless. Enter the television show Unsolved Mysteries. On October 12, 1988, an episode aired covering the deaths of Don Henry and Kevin Ives, calling for witnesses to contact Richard Garret via the Saline County Sheriff’s department. While no doubt well intentioned, unfortunately the broadcast heralded a string of brutal murders as the conspirators began to purge key witnesses in the case. 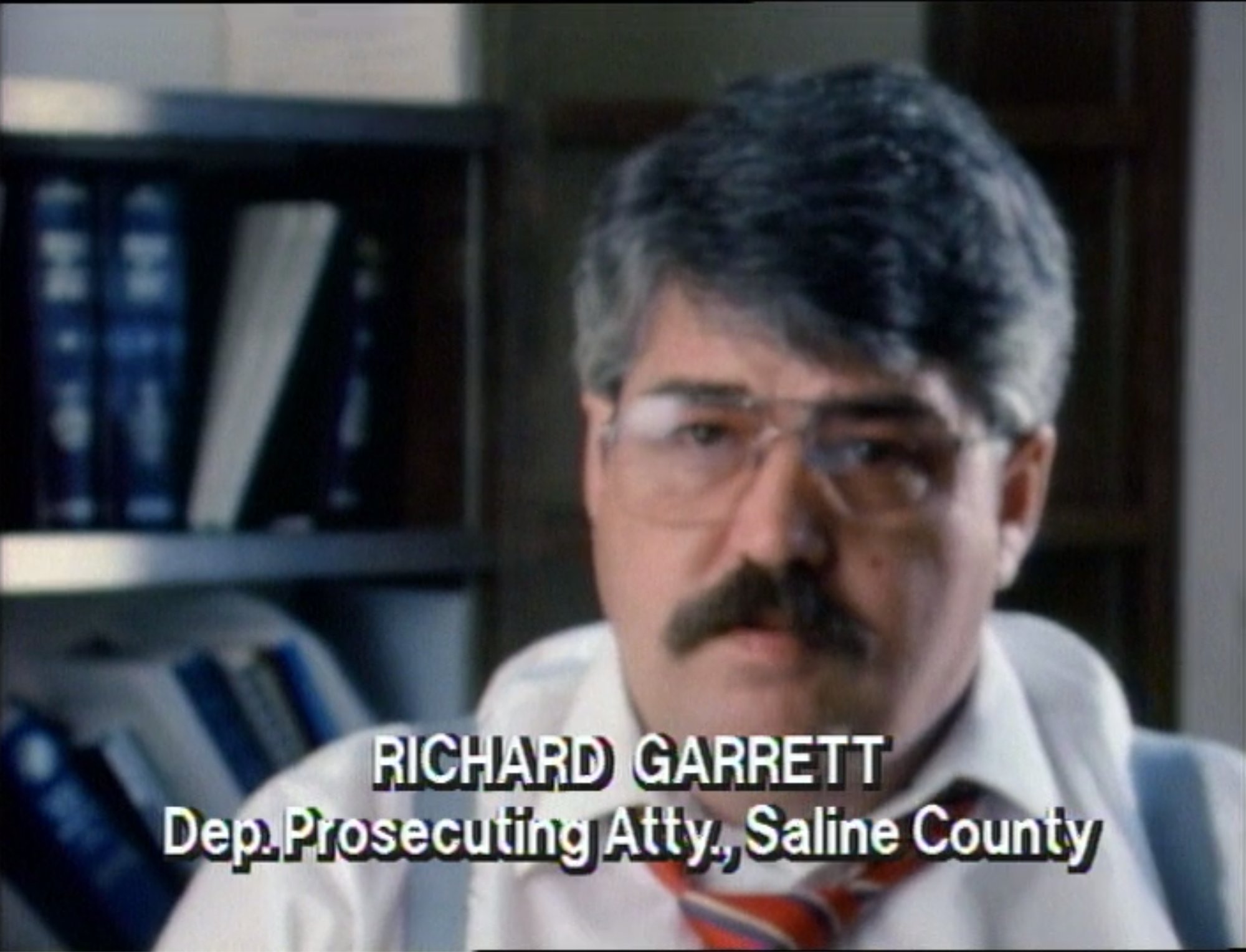 As noted in a heavily redacted FBI file from a 1993 investigation, witnesses who called in to Garret’s tip line were threatened and told to keep quiet about the murders. At the time of the broadcast, one witness, Keith Coney, had already been murdered. Within six months of the broadcast five more would be killed, all of them having been interviewed either by Garret and Harmon or scheduled to be questioned by the grand jury. Among them was Keith McKastle who, days after interviewing with Garret, realized his mistake and made his own funeral arrangements. Soon after, he was stabbed 113 times. Unfortunately, we haven’t the space in this article to speak to each murder, its relevance, and subsequent cover-ups, but I assure you, it’s a fascinating tale.

So, what exactly did these witnesses see? Over the years, a clear, albeit incomplete, story has emerged detailing the events of August 23, 1987.  Kevin and Don were out that night “spot hunting” with Kevin’s .22 rifle. While walking the tracks around 2 a.m. they encountered a group of five individuals, including Dan Harmon, Keith McKastle, Sharlene Wilson (more on her later), and at least two other individuals. After a brief confrontation, at least one shot was fired, possibly from Don Henry’s .22, and the boys fled the tracks. Shortly afterwards, Kevin and Don encountered Keith Coney, who was riding his motorcycle. They walked with Keith toward a convenience store and discussed what had just happened. At that time, two off-duty police officers, Kirk Lane and Jay Campbell, rolled up in an unmarked police vehicle and detained Kevin and Don while Keith fled on his motorcycle. One of the officers, likely Campbell, struck Kevin in the back of the head with the butt of the .22, rendering him unconscious. The officers then loaded the boys into their car and headed east, back toward the tracks, where they met up with Harmon and the others. While reports are unclear, it is believed that Kevin had perished from his head wound and that it was decided to kill Don as well, stabbing him to death. Their bodies were then placed on the tracks and covered with a tarp. Their logic being that the train would not be alarmed by a tarp and just continue over it like a common piece of refuse. As it happened, the tarp came lose and only partially covered the bodies, causing the train crew to stop the train and call the authorities. The obvious question here is what did the boys see on the tracks that was so damning that they had to be killed? The answer is almost unbelievable. What Kevin and Don stumbled across that night was a massive shipment of cocaine, dropped along the tracks by a low flying airplane, being collected by Don Harmon and protected by local officials and law enforcement. Even more shocking is the scope of the drug operation and the far-reaching network of its conspirators. To fully understand this, we need to make a slight detour and discuss a man named Barry Seal.

Barry Seal was a pilot, infamous for smuggling cocaine for the Medellin cartel in the early 1980s. His operation boasted a dozen aircraft and was based out of Mena, Arkansas, not far from Bryant in Saline County. Around 1983, Seal was pressed into service by the DEA to fly drugs and weapons for the CIA in what became known as the Iran-Contra Affair. Incidentally, at the time, Mena Airport was under the jurisdiction of US Attorney Asa Hutchinson (current Governor of Arkansas) for what that’s worth. When the Iran-Contra scandal broke, it ended Seal’s viability as a CIA and DEA asset. In 1986, he was assassinated by the Medellin Cartel, while being conspicuously confined in a public work-release house. However, Seal’s operation at Mena continued to thrive in his absence and was known to be active at the time of the Ives-Henry murders.