The Baron of Arizona: Part Four

Click here for Part Three of The Baron of Arizona

James Addison Peralta-Reavis and his newly-minted baroness returned to the territory in August of 1887. This time, armed with even more proof, he was determined to play for high stakes. His new claim, as expected, was universally ill-received. Abandoning the sale of quitclaims, Reavis instead formed several corporations under the name Casa Grande Improvement Company and began laying the groundwork for developing the Salt River Valley.

Bolstered by the endorsements of powerful allies, such as famous New York Senator Roscoe Conkling, investors were eager to get on board. Roads, railways, and housing developments were planned, as well as a massive irrigation system to be created by the damning of the Salt and Gila Rivers, whose water rights he intended to sell. Land was plotted for agricultural and cattle use, as were mineral rights for mining. Money was flowing into his pockets.

Fate would come calling in 1888 with the return of Royal Johnson, newly restored to the office of Surveyor General under the administration of President Benjamin Harrison. The Reavis affair had caused Royal Johnson great grief and misfortune, a service he never forgot. In fact, during his absence from the position, he never stopped researching Reavis’ claim and had made it a personal vendetta to expose the fraud. So, when he got the call from the Commissioner of the Land Office to investigate the new claim, he eagerly complied.

On October 12, 1889, Johnson submitted his report, Adverse report of the Surveyor General of Arizona, Royal A Johnson, upon the alleged Peralta Grant: a complete exposé of its fraudulent character. As if the title didn’t say it all, the report went on to cite innumerable flaws, inconsistencies, and contradictions among the obviously altered and forged documents. Among the noted errors was the prolific use of steel tipped pens on documents allegedly drafted at a time when only quills would have been available. Also, there were numerous spelling and grammar errors that would never be present on official documents of the Spanish Court. Many of the documents showed clear evidence of being tampered with, names and dates changed, or otherwise repurposed to suit Reavis’ needs.

Despite such a damning report, this was not the end. Reavis had a strong ally in Secretary of the Interior John W. Noble, who delayed his response until February of the following year. Ultimately, the results of Johnson’s report were conclusively damning and Noble could not deny the findings. The claim was officially dead.

While the people of the Arizona territory rejoiced, Reavis refused to surrender. He hired a lawyer and filed suit against the US Government for $11 Million. Again, he set out on an “evidence” finding tour, revisiting many of the same locations to prove the authenticity of his papers.

Reavis was not frugal with his money. Even as investments slowed and the claim collapsed, he continued to spend frivolously and to make poor real estate decisions. Combined with his massive legal and travel expenses, by 1893 Reavis was nearly broke. 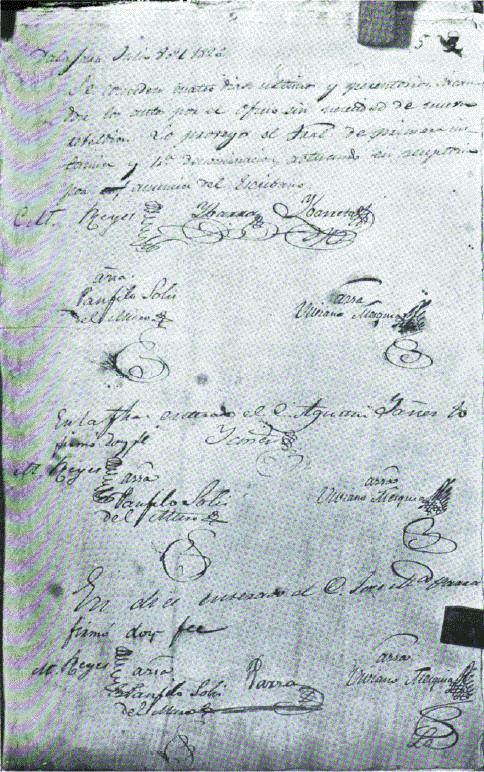 Special attorney Mathew Reynolds represented the United States Court of Private Land Claims in the case against Reavis. Reynolds’ findings were explosive, if not comical, in their absurdity. He found forged pages glued into centuries old codices, documents existing where archivists swear none existed before, and even accounts of Reavis’ being banned from archives for suspicious behavior. If Johnson’s report had not been sufficiently damning, the government’s case certainly was.

Reavis’ civil suit began on June 3, 1895, though he apparently could not be bothered to attend. After a short delay, the government presented its case, producing a mountain of evidence and first-hand witnesses. Reavis eventually arrived on June 17, presenting new evidence in a last-ditch effort. By then, his case was completely hopeless, the fraud was revealed.

Reavis was rewarded for his efforts with a 42-count criminal indictment, the case for which had been elegantly prepared during the civil case. On July 17, 1896, he was convicted to two years in prison and a $5000 fine; a pretty lenient sentence, all things considered.

Reavis never gave up his dream of developing the Salt River Valley. On his release from prison, he immediately resumed his efforts to enlist investors, though he found no takers. In 1902, Doña Sophia sued for and was granted a divorce on the grounds of non-support. On November 20, 1914, James Reavis died penniless in Denver and was buried in a pauper’s grave.

Still, I tip my hat to the man and his audacity; he very nearly got away with it. If he had, I have no doubts his name would rest high in the pantheon of American industrialists. Clearly, the Salt River Valley did just fine without him, but you have to wonder what it would have looked like under the ambitious and wildly imaginative vision of James Addison Reavis.