What would you say if I told you the real Lone Ranger was a black man?  Allow me to present a case for Bass Reeves, one of the greatest law men in US history and very possibly the inspiration behind the mask.

Bass Reeves was born into slavery in Arkansas in 1838, owned by the family of Arkansas state legislator William Steele Reeves. During the civil war he served under William’s son George, who was an officer in the Confederacy, until an altercation over a card game turned to violence. Bass Reeves severely beat his owner and fled into Indian Territory, until being set free by the thirteenth amendment. 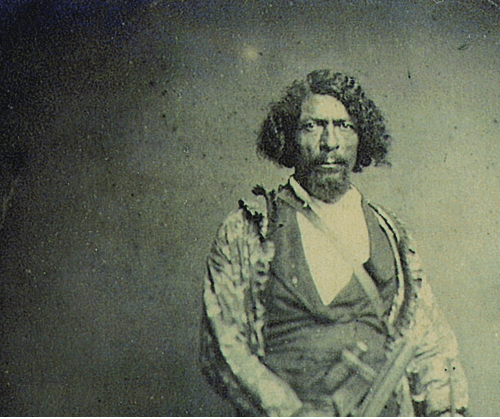 While in the Indian Territory, present day Oklahoma, he became familiar with many of the tribes and learned to speak Creek, Cherokee, and Seminole. It is here that he developed his superior tracking skills and detailed geographic knowledge of the territory. Following the war, he moved back to Arkansas, settling down as a farmer with his wife Nellie Jennie. Together they had eleven children.

In 1875 Judge Isaac Parker was appointed federal judge for the Indian Territory, appointing James Fagan as US Marshall. Fagan recruited Reeves making him the first black depute west of the Mississippi. He was familiar with Reeves and his knowledge of the territory as well as his formidable size and strength. Reeves stood well over six foot at a time when the average man was 5’6.

Bass Reeves would serve for thirty-two years as a law officer in the Indian Territory, responsible for bringing over three thousand felons to justice. In his extraordinary career, he was never wounded, though is accountable for killing fourteen people, in self-defense. Together with Judge Parker, they had a reputation of always getting their man and delivering fair and equitable justice.

The quality of Reeves moral character was legendary, and he was renowned for his honesty. Never was this more on display than when his son Benny Reeves stood accused of murdering his wife. When Benny fled law enforcement and disappeared into the Indian Territory. Bass Reeves did not shirk his duty, he tracked and apprehended his son, convincing him to stand trial before Judge Parker. Benny was convicted, serving twelve years in Leavenworth. 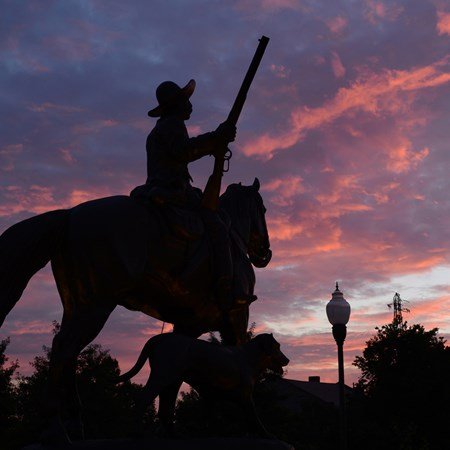 Clearly the man was a verifiable badass but was he truly the inspiration for the Lone Ranger? While we may never be certain, consider this. Bass Reeves was known to ride a light grey or silver colored horse and give away silver dollars as his calling card. He preferred to work alone, though when he required help it was from a single Native American Light Horse. Light Horses were native police for the five civilized tribes of the Indian Territory. No, he wasn’t named Tonto. Bass Reeves did not wear a mask; however, his identity was always something of a mystery. One theory being, that as an African American, he was unlikely to be law enforcement. There are accounts of paranoid fugitives turning themselves in, just on the rumor that Bass Reeves was in pursuit, without ever seeing him.

The fictional Lone Ranger is the brainchild of George W. Trendle, created for the radio in 1932 at WXYZ Detroit. Before his career in entertainment, Trendle was a lawyer and would have likely been aware of Judge Parker and possibly Bass Reeves. Many of the three thousand criminals Reeves arrested served time in the Detroit House of Corrections, where its plausible his legend continued to grow.