If you missed part one it can be found HERE.

In unraveling the disturbing mystery of Netta Fornario’s death, it is important to understand that her visit to Iona was no whimsical holiday. To the contrary, it was the result of considerable planning and had specific, if not unsettling, intentions. Exactly what those intentions were are still unclear, though she did leave us some intriguing clues.

Iona is probably best known for Saint Columba, who founded the Abby of Iona there in the sixth century. It was a place where early Christianity mixed heavily with pagan traditions and was instrumental in spreading the faith throughout the islands. However, Iona, like the Hebrides Islands, has a rich history that reaches deep into the Iron Age and is home to some of the world’s darkest folklore. The things said to have risen from the sea there would have made Lovecraft himself shudder. 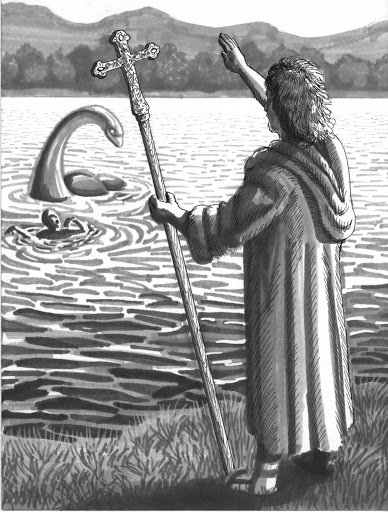 It is this unique history that drew Netta to Iona, undoubtedly fueled by the works of her favorite author, Fiona Macleod. Fiona Macleod was the pen name of William Sharp, a Freemason and early member of the Golden Dawn. Under the pen name of Macleod, Sharp wrote many of his works in the Celtic Revival and Neopaganism movements. He also wrote a great deal about the history and folklore of Iona, including his perspective on the Aos Sí, the people of the mounds and comparable to faery folk. Describing this supernatural race, Sharp uses the common abbreviation of Sidhe (mounds) or Shee. In fact, his pen name Macleod may be a subtle nod to Iona, as many of the chieftains of Clan Macleod are buried there. Incidentally, the clan has legendary ties to faery magic. 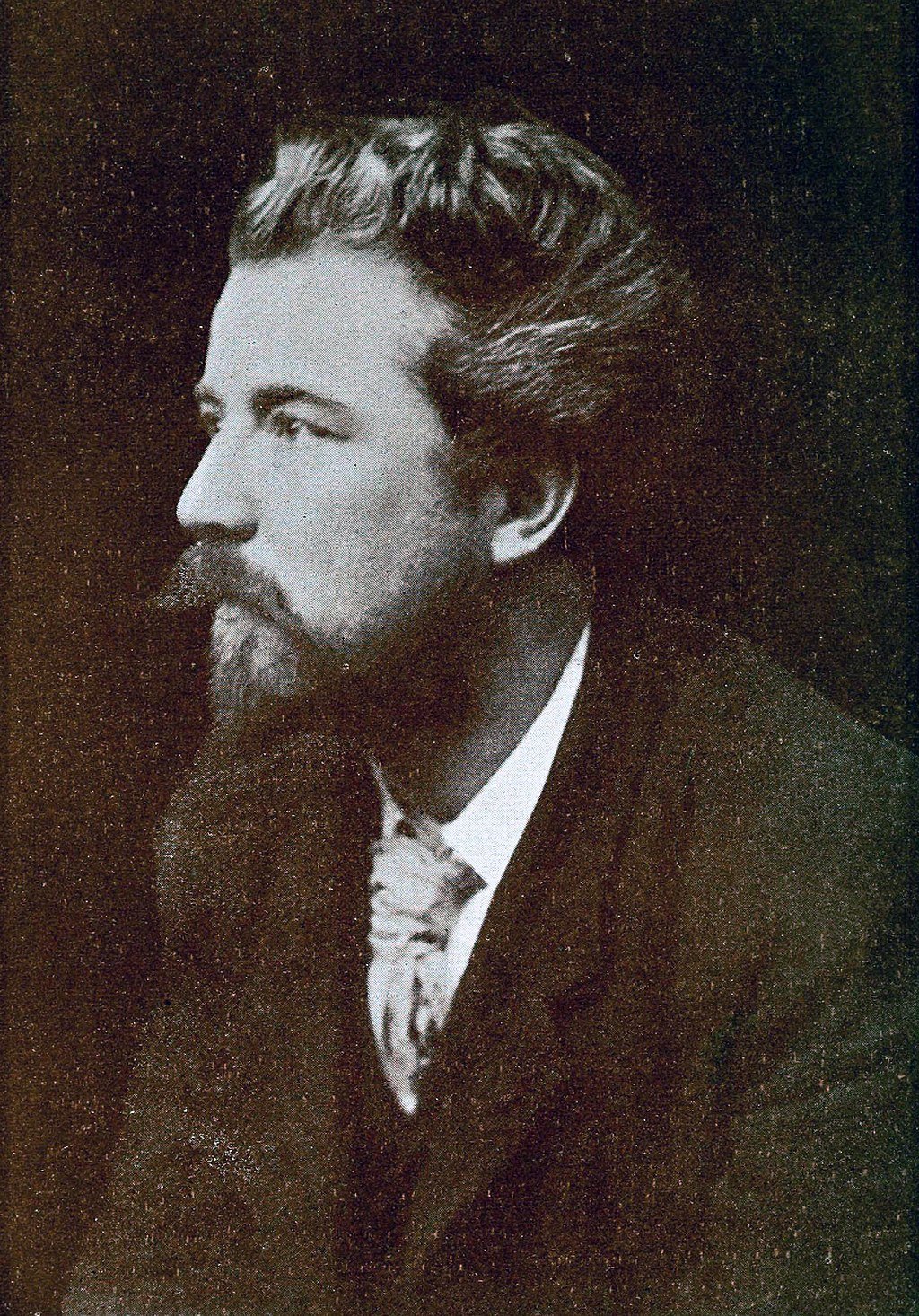 Sharp wrote that Iona was a place where the veil was thin and the Shee walked freely among men. In one passage, often associated with Netta, he describes an occasion on Iona when he went to visit a friend to find her not at home. According to his friend’s mother, her daughter had been under attack by the spirits of the monks on the island and had gone away to the only place where she could be safe from them, near a faery mound by Loch Staonaig, where this crime was allegedly committed. It was in this very spot that Netta’s naked body was said to have been found.

The monks are still the strongest here… except over by Staonaig …there’s a path that no monk can go. There, in the old days, [the monks] burned a woman. She was not a woman but they thought she was. She was one of the Sorrows of the Sheen… It’s ill to any that brings harm to ‘them’ [i.e. the faeries]. That’s why the monks are not strong over by Staonaig way. 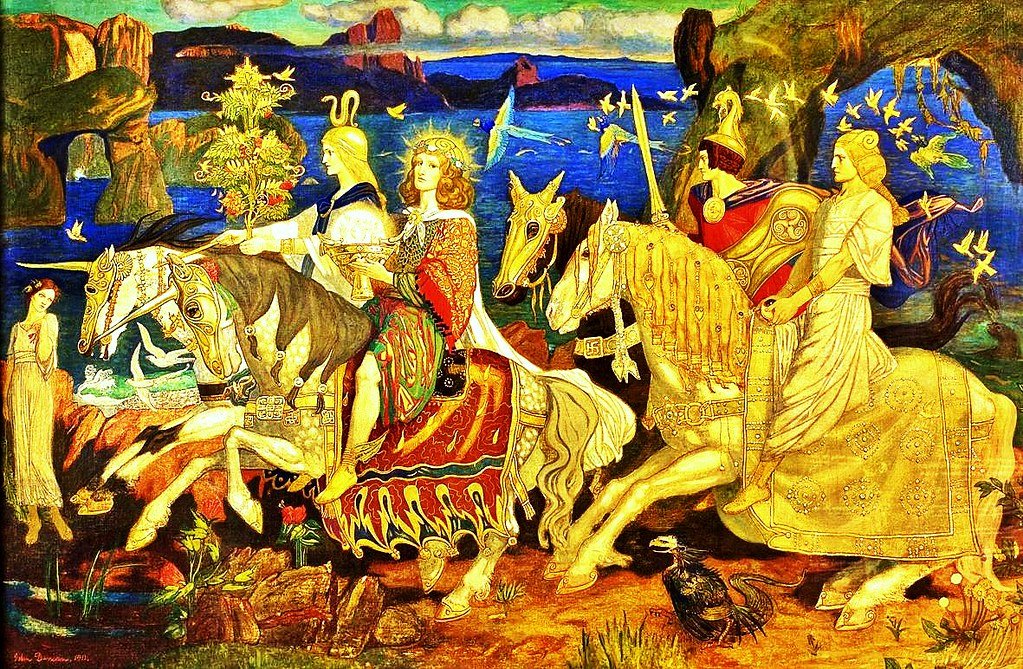 The Aos Sí, or Shee in our story, are far removed from the typical fairy tale. Folklore describes them as a supernatural race of beings that live in a parallel universe overlapping our own. In Gaelic folklore, they are descended from the Tuath Dé, a pre-Christian race of demigods. In other traditions, they are considered fallen angels, cast out of heaven but not damned to Hell. By all accounts, they are ancient and powerful beings worthy of fear and respect.

One of Netta’s only surviving writings confirms her fascination with Sharp and offers some insight into her views of the Shee and possibly what she hoped to find on Iona. Fornario, using the alias Mac Tyler, authored a review of Macleod’s best-known work, The Immortal Hour, which had recently been adapted into an opera by composer Rutland Boughton.

While this Celtic allegory may be interpreted to represent the return of Spring to the world from the enforced thraldom of Winter, it will be apparent to all students of esoteric cults that we have here a drama similar to those employed in the ancient mysteries, and that the reactions and interaction of Dalua, Etain, Eochaid, Midir and the two peasants, symbolize the psychological and spiritual effects of initiation. 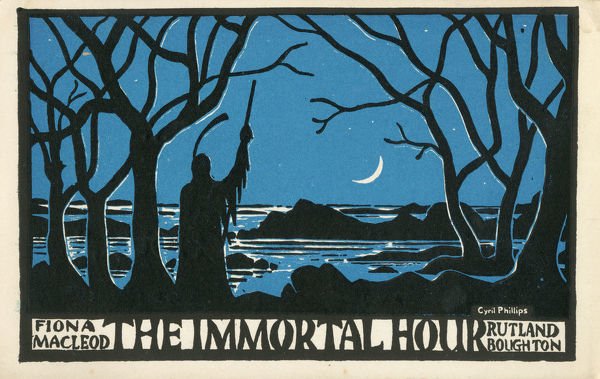 The Immortal Hour, music drama by Rutland Boughton from the play by Fiona MacLeod, produced by Barry V Jackson, at the Repertory Theatre, Station Street, Birmingham.
circa 1921

In synopsis, The Immortal Hour tells the tale of a supernatural marriage between a human, the High King of Eire (Eochaidh), and a Shee (Etain) orchestrated by the Lord of Shadow, Dalua. Dalua, also known as the Faery Fool, or the Amadán Dubh, is “older than the gods” and imbued with strange powers of fate. An unknown compulsion brings him to a magical Shee forest where he soon meets Etain, who has also arrived at the wood seemingly by fate. Dalua touches her and erases memory, essentially making her human. He sends her to a peasant’s hut to wait for the inevitable coming of the king, Eochaidh. Eochaidh is guided by his own dreams of “immortal love,” which lead him to the forest and Dalua. Dalua brings him to Etain and their union is made.

On the anniversary of their marriage, their celebration is cut short as both of them admit to having dark dreams, Eochaidh’s being of powerful armies of marching faeries. That night, Midir appears, Etain’s lover from the Shee world, though he is disguised as a harpist. He is reluctantly granted a favor by Eochaidh, which to his chagrin, is that Midir be allowed to kiss the hand of the queen, Etain, and sing to her. The kiss restores her memory of the undying land and she returns to her world with Midir. Eochaidh is consumed with grief and begs Dalua for his dreams back. Dalua touches him and he falls dead.

dreams back. Dalua touches him and he falls dead.

Mildr’s song is “How Beautiful They Are” originally sung by the faery chorus in the first act.

Netta saw The Immortal Hour twenty-three times, likely during its 1922-23 run in London. Oddly, she laments that the play did not receive a longer run, due to the politics of Boughton, the composer. By all accounts the production was a smash hit and ran for an unprecedented 211 straight performances in 1922 and additional 160 the following year. Regardless, her remarks show a deep understanding of the allegorical references intended by the author.

Much has been made of Netta’s obsession with The Immortal Hour, though often oversimplifying it as a girl fascinated with faeries. In as much that one can subscribe to the tenets of occultism, understand that Netta was trained in ceremonial magic and did not go to Iona lightly. Whatever she was after, it was very real for her. 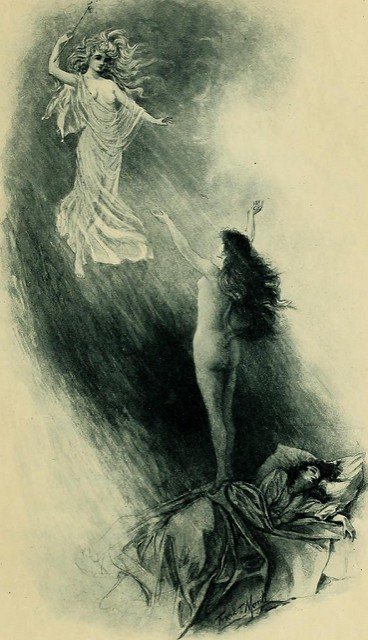 I knew Miss Fornario intimately, and at one time we did a good deal of work together, but some three years before her death we went our separate ways and lost sight of each other. She was half Italian and half English, of unusual intellectual calibre, and was especially interested in the Green Ray elemental contacts; too much interested in them for my peace of mind, and I became nervous and refused to co-operate with her. I do not object to reasonable risks, in fact one cannot expect to achieve anything worthwhile in life if one will not take risks, but it appeared to me that ‘Mac’, as we called her, was going into very deep waters, even when I knew her, and that there was certain to be trouble sooner or later. She had evidently been on an astral expedition from which she never returned. She was not a good subject for such experiments, for she suffered from some defect of the pituitary body. Whether she was the victim of a psychic attack, whether she merely stopped out on the astral too long and her body, of poor vitality in any case, became chilled lying thus exposed in mid-winter, or whether she slipped into one of the elemental kingdoms that she loved, even as Swinburne swam out to sea, who shall say? The information at our disposal is insufficient for an opinion to be formed. The facts, however, cannot be questioned, and remain to give sceptics food for thought.

Personally, I find Fortune’s comments strange and misleading. Fortune describes Netta as if she were some naïve acolyte, ill-prepared and ignorant. She also seems to distance herself from Netta, as if she were engaged in some extremely foolish and dangerous operation that Fortune wanted no part of. In fact, what Netta was working on would have been easily understood by Fortune, if not of personal interest to her. In other writings and lectures, she describes the same “elemental forces” almost benignly. At the very least, her comments are suspiciously disingenuous.

What exactly did Fortune mean by “Green Ray elemental contacts” and how much did she really know about Netta’s time on Iona? What actually killed Netta Fornario?

Those are questions to be addressed next week in part three!