Who Put Bella In the Wych Elm

“Who put Bella in the wych elm?”

It is a morbid query often scrawled across the Wychbury Obelisk in Hagley, Worcestershire. Seemingly marked by a singular hand and spanning the years from 1943 to 1999, this strange graffiti suggests that its author may have known the answer. 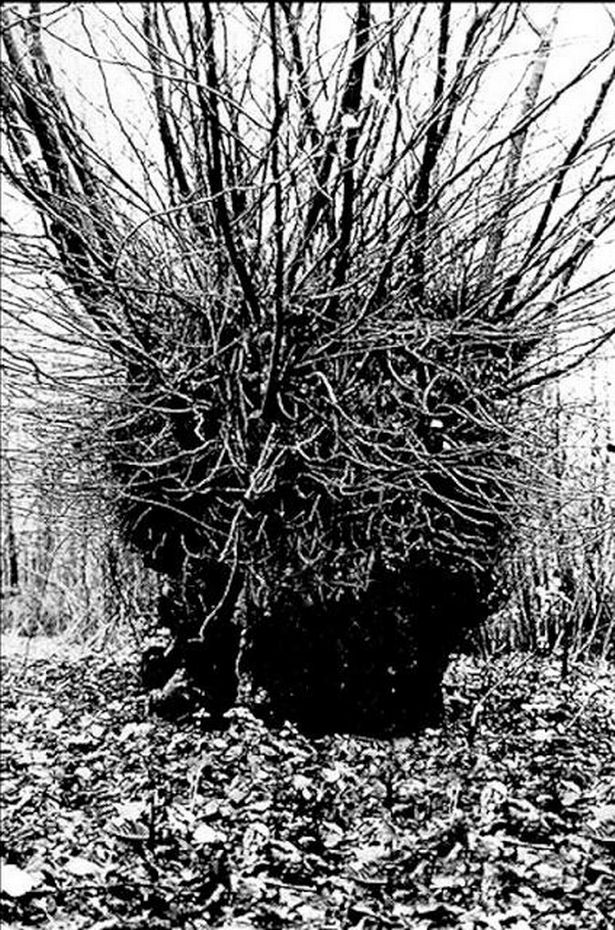 On April 18, 1943, four local boys were poaching birds in Hagley Wood. Searching the high, tangled branches of a wych elm for bird nests, one of the boys made a grim discovery. Peering into the hollow trunk of the tree, a fleshless skull stared back at him. As they were trespassing on the land and poaching, the boys had significant trepidation about reporting the find and agreed to keep it secret. However, the youngest of the boys could not bear the guilt and confessed to his parents later that night.

The subsequent police investigation uncovered scant evidence. Within the hollow they found a near complete skeleton, a shoe, a wedding ring, and rotted bits of clothing. In the woods near the wych elm, the remains of the victim’s severed hand was also found.

The skeletal remains, particularly the skull, yielded the most significant clues. After his forensic examination, Professor James Webster deduced that it was a female, approximately thirty-years-old, five-foot-tall, who had likely given birth at least once. She had been dead about 18 months, placing the crime around October of 1941. A wadded-up piece of taffeta was found inside her mouth, leading to Webster’s presumption of suffocation as the cause of death. Also, the narrow space in which the body was discovered, indicated that she was alive or recently dead when deposited there, as rigor mortis would have made such a feat impossible. 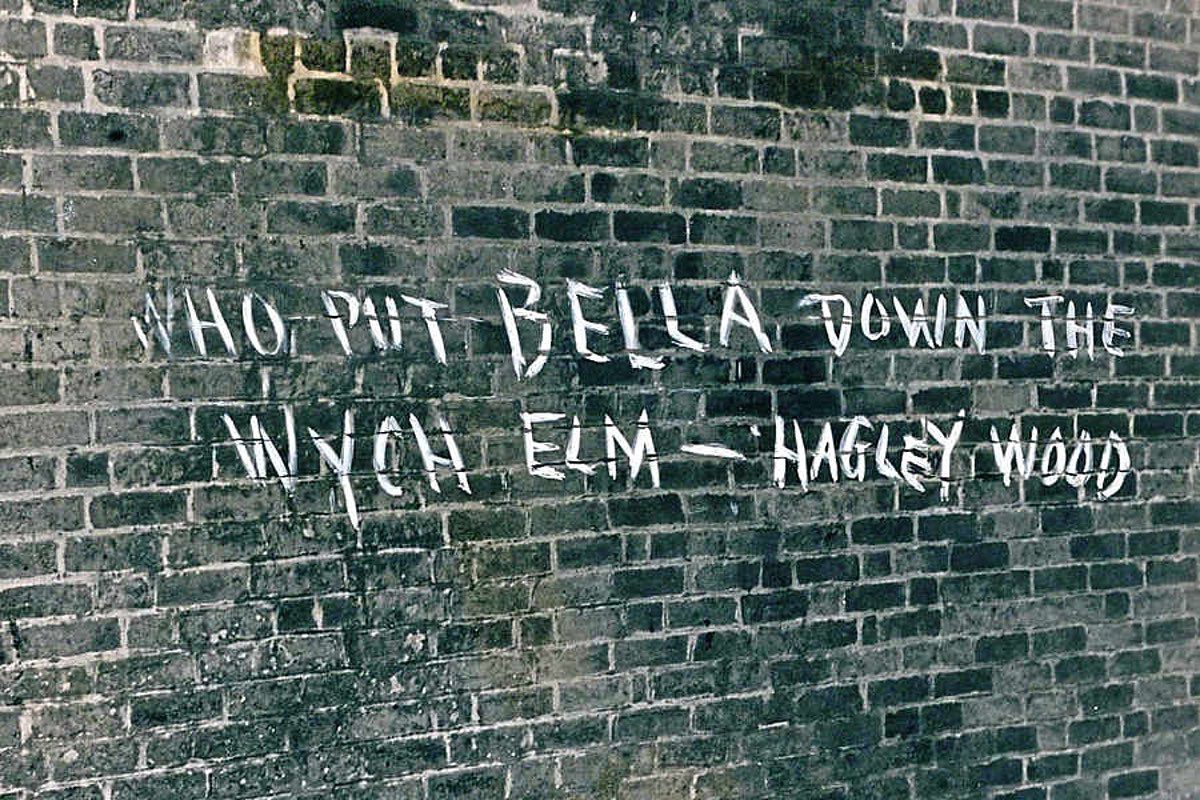 Recent dental work and a distinct crossing of the lower teeth provided initial hope that an identity could be discovered through dental records. However, after publishing the results in dental journals, scouring the missing persons reports, and exhaustive local canvassing, it was believed unlikely that she was native to the region.

The police investigation withered from the lack of evidence and the crime quickly faded from memory into the ongoing hardships of wartime life. It was around Christmas, that year, that the first message appeared written on a wall on Upper Dean Street, Birmingham. It read “Who put Bella down the wych elm-Hagley Wood.” This sparked a renewed, and persistent, interest in the murder that has spanned the decades since. The graffiti, believed to be the by the same hand, continued periodically until 1999, possibly due to the author’s death.

There is no shortage of theories behind the Bella case. I highly encourage further reading on the subject, as there are some fascinating stories.

Some of the more fantastic center from the idea of ritual murder, particularly from the idea that it was an attempt to create a “hand of glory.” Despite the lack of any missing person fitting the victim’s description, the police theory remains that it was most likely a prostitute, though few subscribe to that conclusion. Others claim she was part of a Nazi spy ring operating in the midlands in 1941. In 1953, a series of anonymous letters written to a newspaper columnist writing articles on the subject provided a great deal of credence to this last theory. While these letters, later discovered to be written by Unna Mossop, provided intriguing evidence, they are far from proving the conclusive identity of Bella or her killer. Most unfortunate to the mystery is the fact that the remains of Bella have gone missing, making any modern DNA testing impossible.