In our modern lexicon, we accept the word “doppelganger” as a reference to someone who bears an uncanny resemblance to us. The origin of this phenomenon, however, is far darker than sharing a likeness with a stranger. 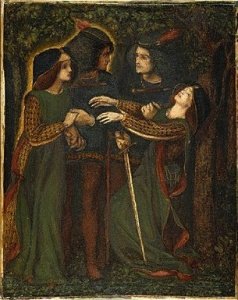 German novelist Jean Paul coined the phrase in his 1797 book Siebenkas and it translates literally as double walker. The concept itself is ancient with accounts as old as written language. In Egyptian mythology it is called a Ka, while in English traditions it is often called a Fetch or Twin Stranger.  Historically, the appearance of such a being is said to be a harbinger of death and misfortune.

There are no shortage of written accounts documenting the phenomenon, often with corroborating witnesses. Abraham Lincoln claimed to see his double in a mirror, albeit aged and beleaguered. Goethe writes in his autobiography of encountering his double passing him on horseback wearing strange clothes, then, nine years later while riding in the same location, he noticed he was wearing the clothes his double wore previously. The poet Percy Bysshe Shelley encountered his Twin Stranger on several occasions. The double even spoke to him in one of these meetings asking, “How long do you mean to be content?” Then there is the case of Vice Admiral George Tyron, who in 1897 gave inexplicably poor orders to his helmsman resulting in the sinking of his flagship, the HMS Victoria. As the Victoria was sinking, claiming his and hundreds of other lives, Tyron’s wife was throwing a party in which multiple guests report seeing him in attendance. 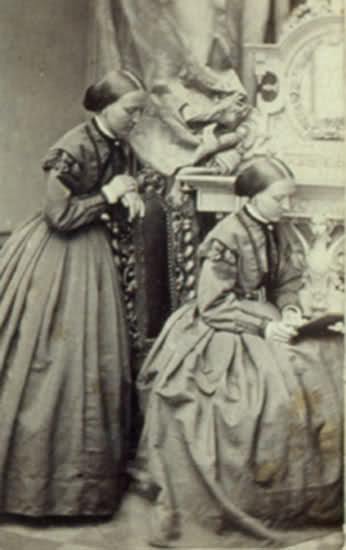 One of the most unsettling occurrences of this phenomenon is the case of Emilie Sagee. First documented in Robert Dale-Owen’s 1860 book, Footfalls on the Boundary of Another World, the events are said to have occurred at an elite girl’s school, Pensionat von Neuwelcke, in 1845. Emilie Sagee was a competent and well-liked young teacher, though she had a reputation for moving from school to school. As it happened, there was a very peculiar reason for this.

One day while writing on the chalk board, Sagee’s double appeared, quietly mimicking her actions, though she held no chalk. The event was witnessed by the entire class of seventeen girls. On another occasion, while she was working in the school’s garden in plain view of another class of forty-two girls, the teacher of that class stepped out for a moment. No sooner had she left the classroom when the double of Emilie Sagee entered the classroom and sat at the teacher’s desk. This unsettling manifestation inspired two girls of the class to approach the double and touch it. They likened the experience to passing their hands through a spider’s web.

Interestingly, Miss Sagee herself could not see the apparition, though confessed to feeling tired or fatigued during its appearances. During the gardening event, she confessed that she had considered looking in on the children when the other teacher stepped out. As you might imagine, Emilie Sagee did not stay long in Neuwelke.