The Void of the Noid

If you grew up in the States during the 1980s, no doubt you remember the Noid. For better or worse, that bizarre and grotesque pizza imp burrowed its way like a tick into the zeitgeist of the television landscape. For those too young to remember, the Noid was an animated mascot of Domino’s Pizza that was disturbingly obsessed with thwarting pizza deliveries. To this end, the creature would employ a Wile E. Coyote array of tactics, only to be defeated by Domino’s drivers while the spokesperson reminded you to “Avoid the Noid!” 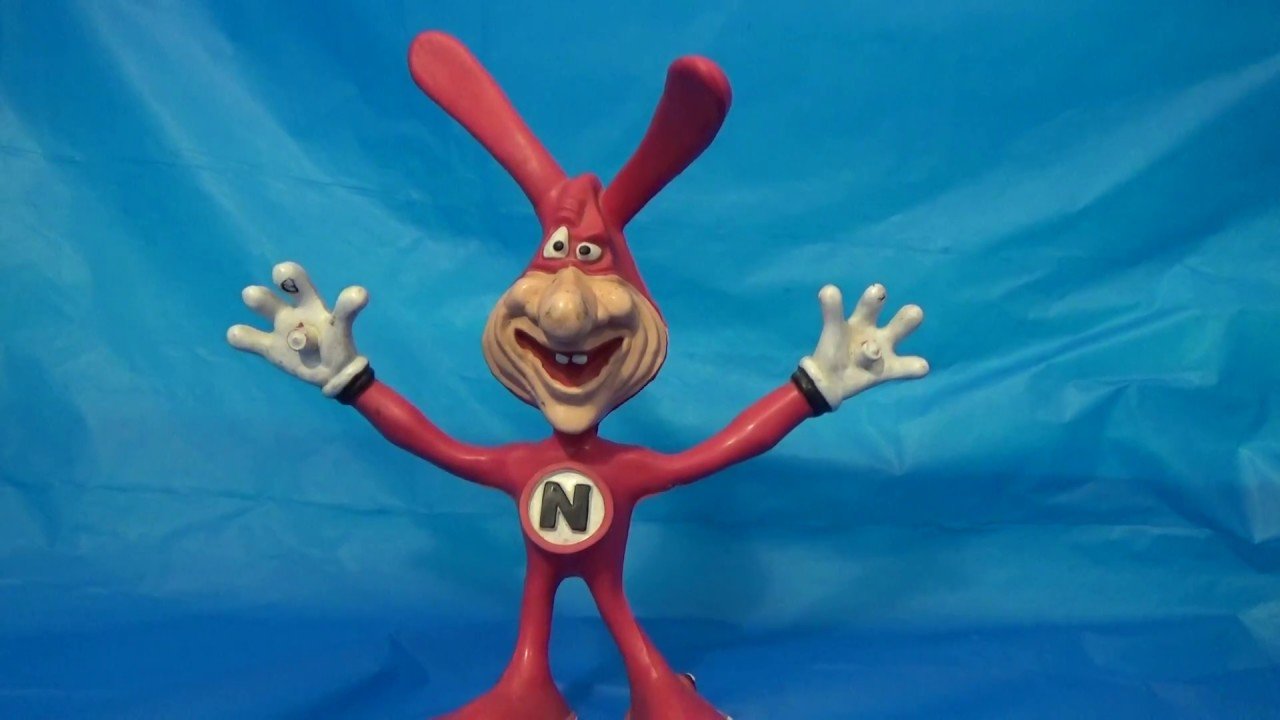 At the time, the Noid was the undisputed face of the franchise and ranks among one of the most successful ad campaigns of all time. So popular was the Noid, that it spawned an entire line of memorabilia, including toys, t-shirts, cups, and even a video game. Then, quietly and unceremoniously, Domino’s pulled the plug on the campaign, resigning the Noid to the television hinterlands with the ghosts of Max Headroom and the “Where’s the Beef?” Lady. So, what happened? Why the sudden ejection from our cultural lexicon?

The truth is a strange as the Noid himself. On January 30, 1989, a paranoid schizophrenic named Kenneth Lamar Noid entered a Domino’s Pizza store in Chamblee, Georgia, armed with a .357 handgun. The man was convinced that Domino’s ownership had stolen his name and attached it to their hell-creature to mock and slander him. In retaliation, he took two employees hostage, demanding $100,000 and a white limousine as ransom. At one point, Noid offered to free one of his hostages for a copy of The Widow’s Son, a novel by Robert Anton Wilson, after receiving a copy of the book from the police, he reneged on his promise. This odd demand might offer some insight into his frame of mind, as Wilson is famous for his epic conspiracy series, The Illuminatus! Trilogy. 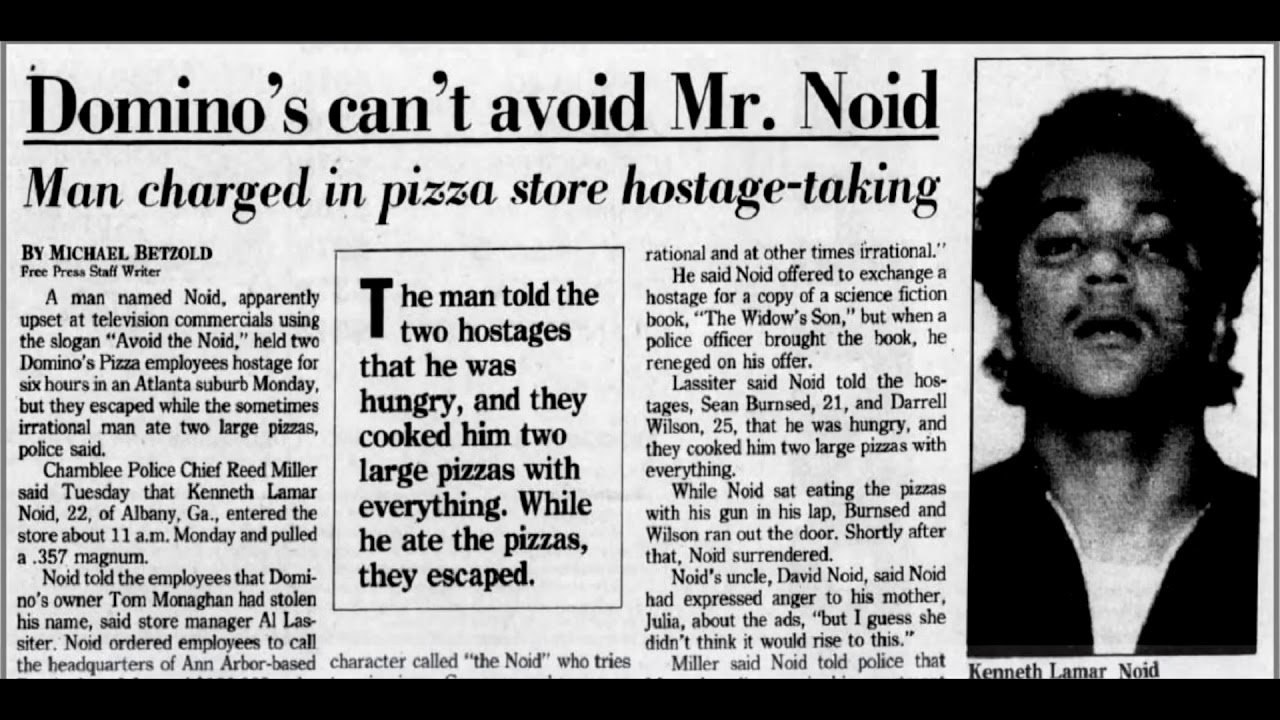 With the standoff stretching into the hours, Noid became hungry and ordered the hostages to prepare two specialty pizzas for him. Noid let his guard down while eating his pizza and the employees were able to escape. Without hostages to negotiate with, he was forced to surrender to police, bringing a peaceful end to the ordeal. Noid was charged with kidnapping, extortion, aggravated assault, and possession of a firearm during a crime and was found innocent of all charges by reason of insanity. Instead, he was committed to a mental health facility. Tragically, Noid took his own life in 1995.

As for the animated monstrosity, the event signaled the death knell for his reign as Domino’s mascot. Publicly, Domino’s denies the incident influenced their decision to pull the ads. He has made some sporadic appearances throughout the years, most notably in 2011, for his twenty-fifth anniversary, though never with the fanfare or enthusiasm as his heyday.