The Tiny Coffins of Edinburgh

In early July 1836, a group of boys were searching for rabbit warrens near the Arthur’s Seat area above Edinburgh, Scotland. While scouring the rocky terrane, they came across three thin pieces of triangular shaped shale. Removing them revealed a small hollow in the rocks that contained one of the most peculiar burials ever discovered.

Seventeen tiny coffins were laid out neatly before them. The caskets were about four inches long, each hand carved from a single piece of wood, apart from their lids which were nailed down with small pieces of wire “nails.” They were arranged in three rows, two of eight and one with a single coffin. Those to the front seemed more aged than the ones behind, suggesting that they had been interred at different times. The occupants of these caskets were carved wooden dolls clad in hand made funerary clothes.

The boys, seemingly undisturbed by their morbid find, made a game of the coffins, using them to pelt each other like some twisted version of dodgeball. The discovery might have gone entirely undocumented, were it not for one of the boys mentioning it to his school master, George Ferguson, who was also a member of the local archeology society. Ferguson recovered the coffins and studied the site as best he could.

Mr. Ferguson was the first to pry open one of the coffins and discover the dolls within. After presenting them to other members of the archeological society, they became a subject of instant fascination, and attracted the attention of the press. The origin of the dolls became the source of wild speculation, generating a plethora of explanations. 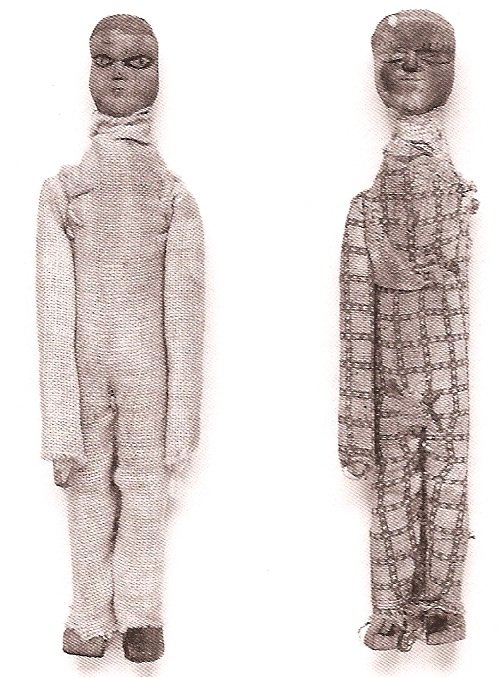 Some believed the dolls were totems of witchcraft, crafted to resemble the target of the witch’s malignant spells. In 1836, memories of witch trials and hangings were still within memory. Others insisted that the boys had stumbled across a Fae burial site, warning that in disturbing it, they had incurred the wrath of the fairies. While such a cache of coffins does not exactly fit into that particular lore, the belief in the Fae is powerful in the region.

One plausible theory suggested that the dolls were created in memoriam of a tragic event, such as a shipwreck. If a ship were lost at sea there would be no graves for the dead. Perhaps this was some kind of memorial for a lost crew. Another, localized theory, involves a worker’s revolt in the 1820s in Edinburgh. Many of the rioters and protestors were arrested and consigned to forced labor, building a road near Arthur’s Seat. It is speculated that the dolls were interred in honor of fallen labor leaders. 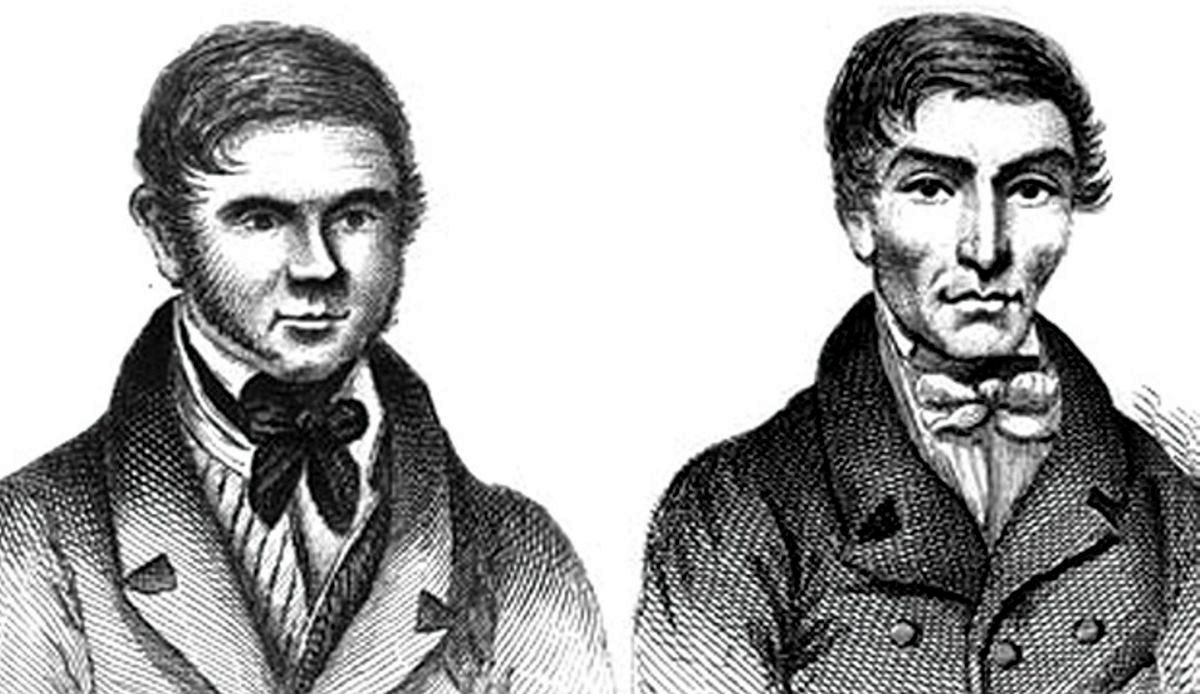 By far the most pervasive theory, and most grizzly, is that they were made by infamous murderers Burke and Hare. The two famously murdered seventeen people, selling the bodies to medical schools for dissection. The idea being that either Burke, Hare, or someone very close to them, was so filled with guilt over denying their victims their eternal rest, that they made the doll graves in atonement. The pair were caught in 1836, not long before the discovery of the cache, so it seems unlikely that they would have had the time or opportunity.

Eventually, like many unsolved mysteries, the story faded into myth and the location of the dolls was lost to time. Contemporary reports claim that some of the coffins were destroyed by the boys during their initial pelting of each other and others were sold into private collections. It is unknown how many might have survived, though in 1901 a collection of eight of the dolls was donated to the National Museum of Scotland. 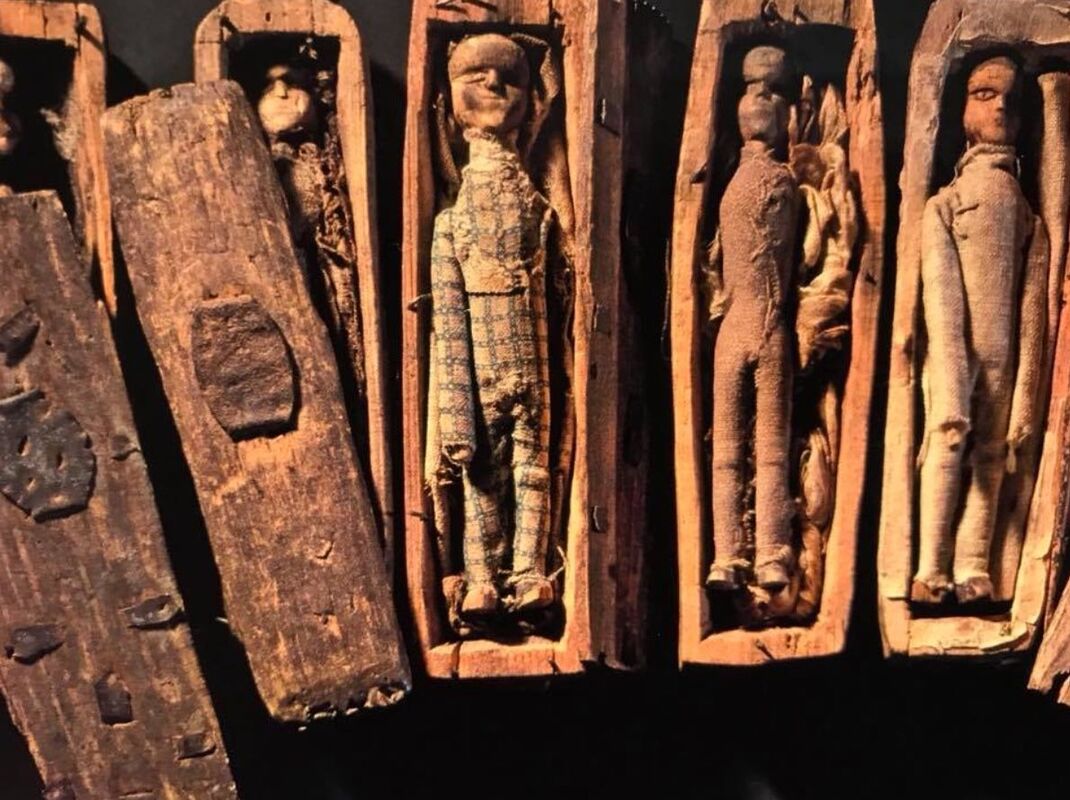 Modern study of the relics has done little to solve the mysterious origin of the dolls, though they have provided some interesting clues. Examination of thread used to sew the cotton funerary clothing dates the clothes between 1800 and 1830. However, the dolls themselves could be much older. The dolls are extremely uniform, varying only about 5mm in height from each other. Several of the dolls have had arms removed, ostensibly to fit within the tiny coffins. This suggests that they were not made specifically for the coffins but were modified to fit. Additionally, the dolls are all male, which posits the theory that they were made together as a set, possibly of toy soldiers. Such realizations cast doubt on existing theories, such as Burke and Harre, whose victims included many women, conclusively proving they couldn’t have been crafted to represent specific victims.

Analysis of the wire used to nail the tiny coffin lids shut suggests that it was possibly sourced from a shoemaker’s shop, as the metal was commonly used in shoe buckles. The carving style of the coffins, specifically how they were hollowed out, indicates that the artist was using a sharp blade, though not one ideally suited to woodcraft. Again, speculating a level of craftsmanship that was sophisticated, but not trained in woodworking, such as a shoemaker.

Clearly, there was an intent and deliberation involved with the display. Were they dark talismans of witchcraft or a loving and careful memorial? Perhaps the morbid tally marks of some demented serial killer? We may never know.