The Sultan Massacre House and the Date Palm

When it comes to tales of the strange and unexplained, I am an enthusiastic consumer. From folklore to the paranormal and all the oddities between, it gives me great pleasure to discover and catalog these curiosities. Often in my research, as you might imagine, I come across stories that, no matter how good they sound, fail to stand up to even the most cursory of investigations. While these make for fantastic campfire tales, they are entirely fantasy and easily dispelled by facts. Occasionally though, the facts behind the legends are equally as intriguing. Such is the case with the Sultan Massacre House.

The Gardette-LePrette Mansion at 716 Dauphine Street in New Orleans, Louisiana, is one of the city’s infamous and iconic locations. For decades, residents of the building have reported paranormal phenomenon ranging from full–bodied apparitions to shadow people and moving objects. These claims are generally believed to be credible, however the source of the activity is a matter of some debate. 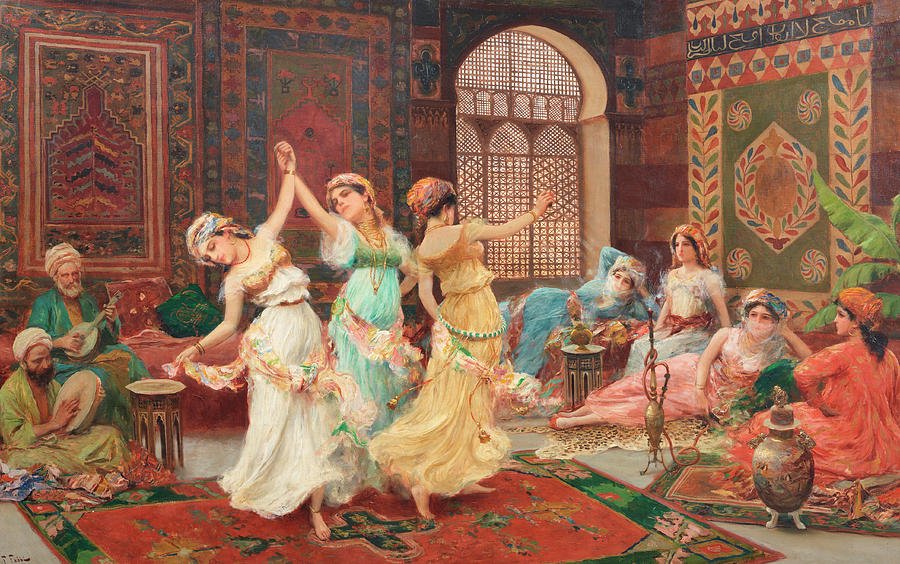 The most common tale is of an incredibly wealthy and eccentric Sultan who came to New Orleans on a Turkish ship in 1792 and took up residence in the Gardette-LePrette Mansion, which at the time was one of the finest in the city. With him came an entourage of thirty-five people including many harem girls. The Sultan hosted lavish parties where no expense was spared, and the pleasures of the flesh were enjoyed by all. This continued for several months until one night when another Turkish ship appeared in port.

As it happens, this Sultan was no Sultan at all, but rather his brother, who had stolen a great deal of treasure and his favorite wives. One night, during a fierce storm, the real Sultan’s assassins came calling to the house on the corner of Orleans and Dauphine. The murderers butchered every member of the imposter’s house, violently dismembering them. The following morning, passers-by were horrified to witness blood freely flowing from under the mansion door and down to the street below. Authorities were dispatched, who discovered the ghastly scene. 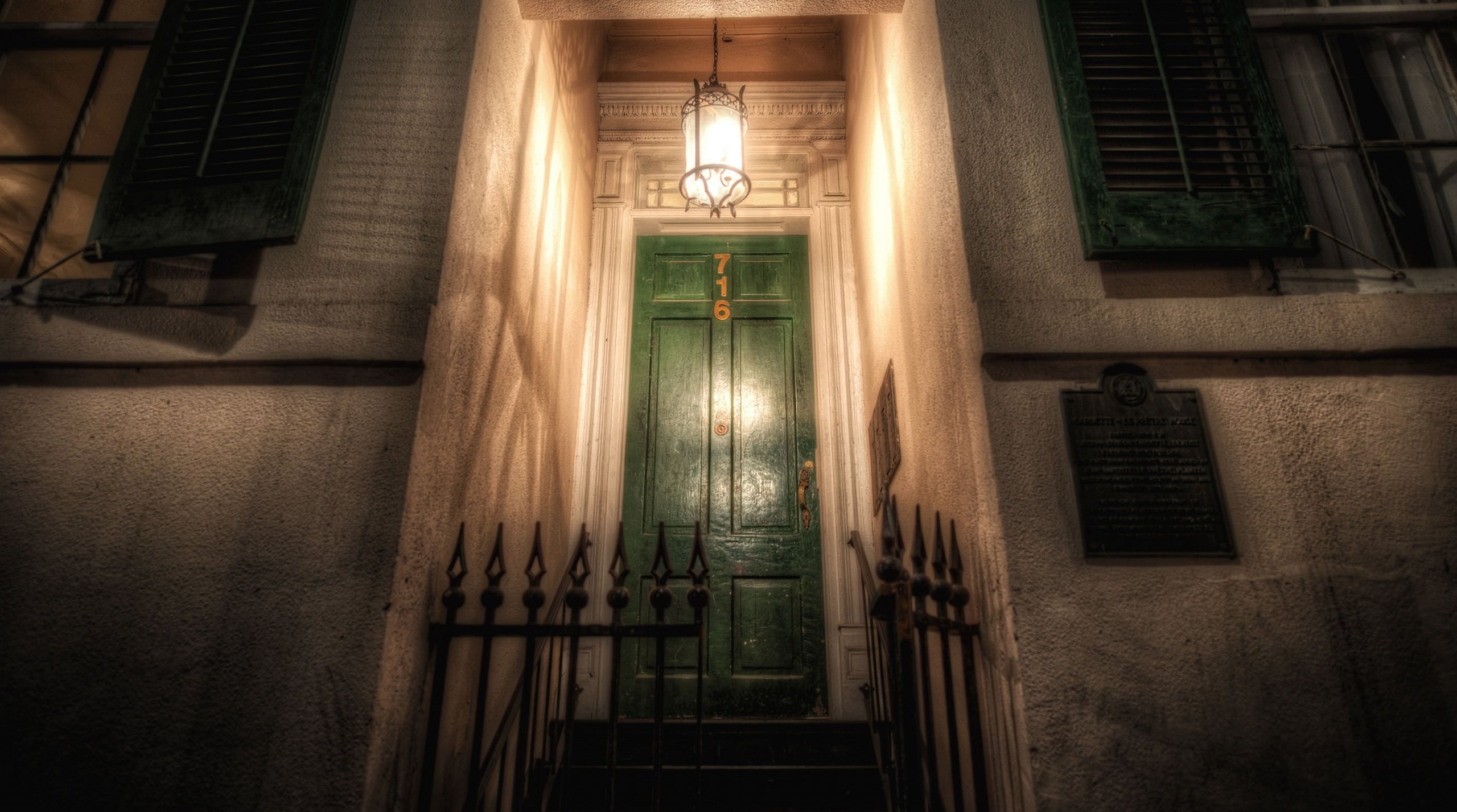 If you’re looking for an origin story for your haunted house, it’s certainly a gruesome one, but entirely fiction. Joseph Gardette, for whom the house was named, built it in 1836 and sold it three years later to Jean Baptiste LaPrette, therefore it did not even exist at the time that the story is said to have taken place. Further, no record of a mass murder of that scale was reported in 1792 or at any other time. The earliest record of this version of the myth originates from a story called “The Brother of the Sultan” from a 1922 publication titled Legends of Louisiana by Helen Pitkin Schertz, though it seems Schertz may have had some inspiration for the grisly tale.

Sink a little further down the rabbit hole and historians will point you to the work of Charles Gayarre, who published a story called “Tree of the Dead” in his 1866 book History of Louisiana. An excerpt from that chapter reads: 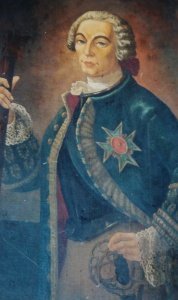 In the beginning of 1727, a French vessel of war landed at New Orleans a man of haughty mien, who wore the Turkish dress, and whose whole attendance was a single servant. He was received by the governor with the highest distinction, and was conducted by him to a small but comfortable house with a pretty garden, then existing at the corner of Orleans and Dauphine streets, and which, from the circumstance of its being so distant from other dwellings, might have been called a rural retreat, although situated in the limits of the city.

Paraphrasing the rest of the story, the man is a prisoner of state, fleeing the wrath of his brother, the Sultan, for some unspecified but terrible crime. The French government granted him refuge and shipped him to New Orleans, believing he would be out of the reach of the Ottoman Empire. The man lives in seclusion in the house, which is clearly not the Gardette-LaPrette Mansion, for several months until “a dark and stormy night” at the end of December 1727. It is then that the Sultan’s assassins steal into the city under cover of dark and take their vengeance upon the hapless dissident.

At first the man was thought to be missing, as there was no sign of him and the house was undisturbed. A more thorough search of the property discovered a hand reaching up from the ground, as if its owner had been buried alive and were clawing their way to the surface. Of course, this was the missing prisoner, interred in the garden. Near him a plaque was placed that read: 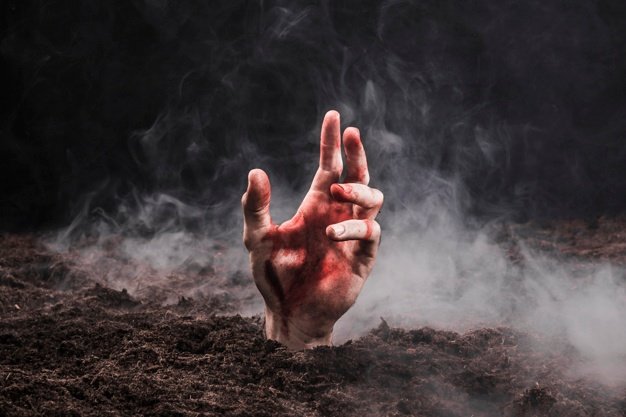 The justice of heaven is satisfied, and the date-tree shall grow on the traitor’s tomb. The sublime Emperor of the faithful, the supporter of the faith, the omnipotent master and Sultan of the world, has redeemed his vow. God is great, and Mohammed is his prophet. Allah!

Not long after this, a date tree sprouted from the area where the body was recovered. The tree lived to be a local curiosity and object of reverence, allegedly still standing at the time of Gayarre’s story. While natives refer to it as the “Tree of the Dead,” the author claims that most are unaware of the alien tree’s true origins. 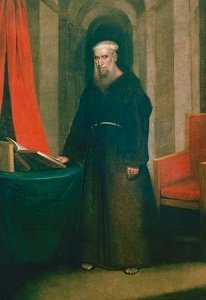 While Gayarre’s account seems infinitely more plausible than that of Schertz, the specific dates of the story produced no corroborating history. I was unable to find any record of a house standing at the corner of Dauphine and Orleans prior to the one built by Gardette. Likewise, I found no mention of the murder of a political prisoner, let alone one buried alive. It seemed I had reached the bottom of the rabbit hole, until I chased one more thread.

Date Palms are not native to Louisiana, so I decided to search for any reference of one having existed on the site. While I could neither confirm or refute the author’s claims that one had once grown there, my search turned up an interesting clue in Antonio de Sedella, or as he was known commonly in New Orleans, Père Antione.

Pere Antoine was a Capuchin friar who came to New Orleans in 1744 as an officer of the Spanish Inquisition and served as the rector of the St. Louis Cathedral. He was the highest ranking official of the church in the city until New Orleans became part of the United States in 1803. Antione was known for his kindness and care for the poor, slaves, and even prisoners, becoming renowned for his humble generosity. Famously, he presided over Marie Leveau’s baptism and would later officiate her wedding.

He lived in a small hut in the garden of the St. Louise Cathedral, maintaining a spartan existence. Next to his hut grew a tall date palm that he raised from seed or sapling. This tree, in addition to its exotic and foreign nature, was the source of much curiosity. While Pere Antoine never spoke of its origin or possible meaning, wild speculation surrounded the tree. One persistent, but false, rumor purports that the friar planted the tree to mark the grave of his one true love, presumably predating his entry to the church. 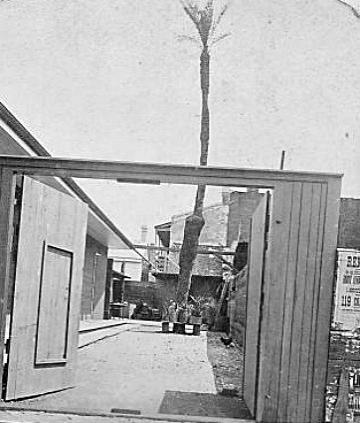 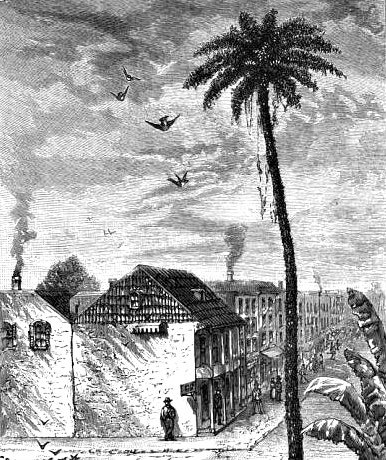 Above: An early palm date from New Orleans, taken in early 1900’s but clearly not on the grounds of St Louis Cathedral (left). A sketch of Pere Antoine’s palm date (right).

Pere Antoine was so loved and respected that, upon his death in 1828, it was widely assumed he would be canonized. Therefore, mobs of the faithful descended on his humble hut, carrying away any potential relic they could find. The trophies included seeds from the friar’s tree. Antoine himself was known to give away seeds as well. Just how many were dispersed from the tree is unknown.

The legend of the friar’s date palm certainly outlived Pere Antoine himself. At least a few of these trees were known to survive, inspiring curiosity in later generations. Whether one grew at the corner of Dauphine and Orleans is ultimately unknown, but it is not a far stretch to imagine the grave of the friar’s true love as the inspiration for Gayarre’s “Tree of the Dead.”

Regardless, if you see a date palm growing in the city of New Orleans, it just might be a descendent of Pere Antoine’s mysterious tree.