Unlike many of the books mentioned in my series of bizarre manuscripts, the contents of the Smithfield Decretals are not the slightest bit mysterious. Copied in France between 1275 and 1300, the Smithfield Decretals are a reproduction of the Decretals of Pope Gregory the IX, written around 1230. The work was intended to be the definitive source on canon law and was considered essential reading on the subject for its time. While every bit as stuffy and boring as it sounds, it’s the strange illuminations of the Decretals that are truly puzzling. 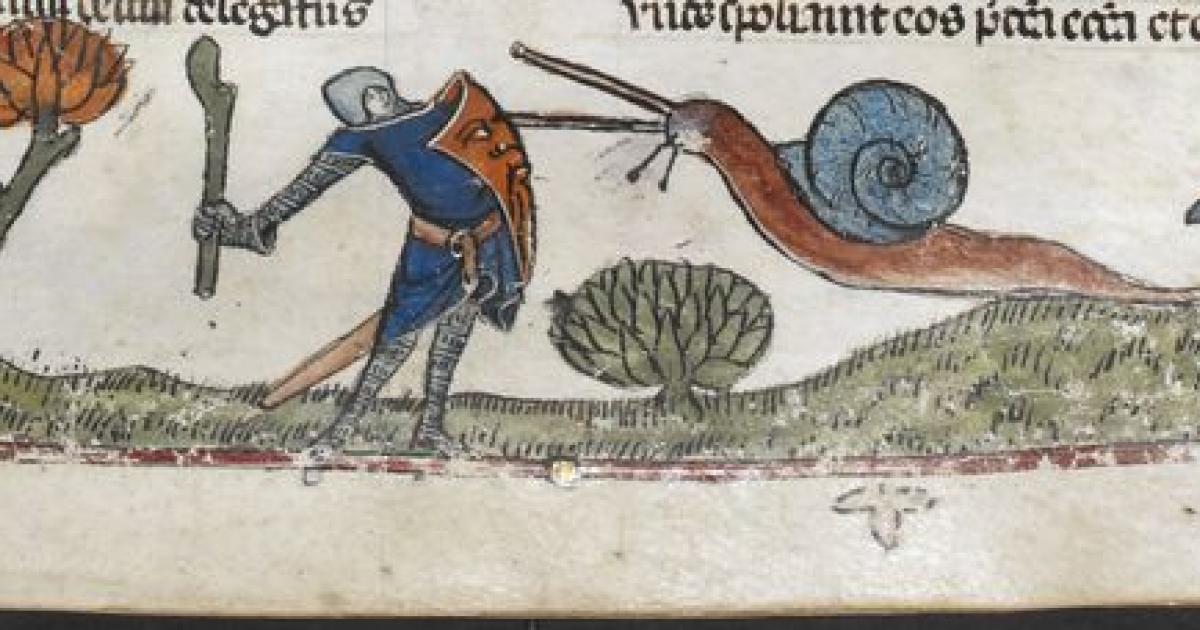 Crowded in, and at times spilling over the margins of the text, are a plethora of entirely irrelevant illustrations that are equal parts absurd and confusing. There are knights battling snails, various animals masquerading as clergy, and armies of homicidal rabbits bent on destroying mankind among many other unexplained oddities. While there are repeating themes in the illustrations, history has yet to extract a purpose or meaning from them. 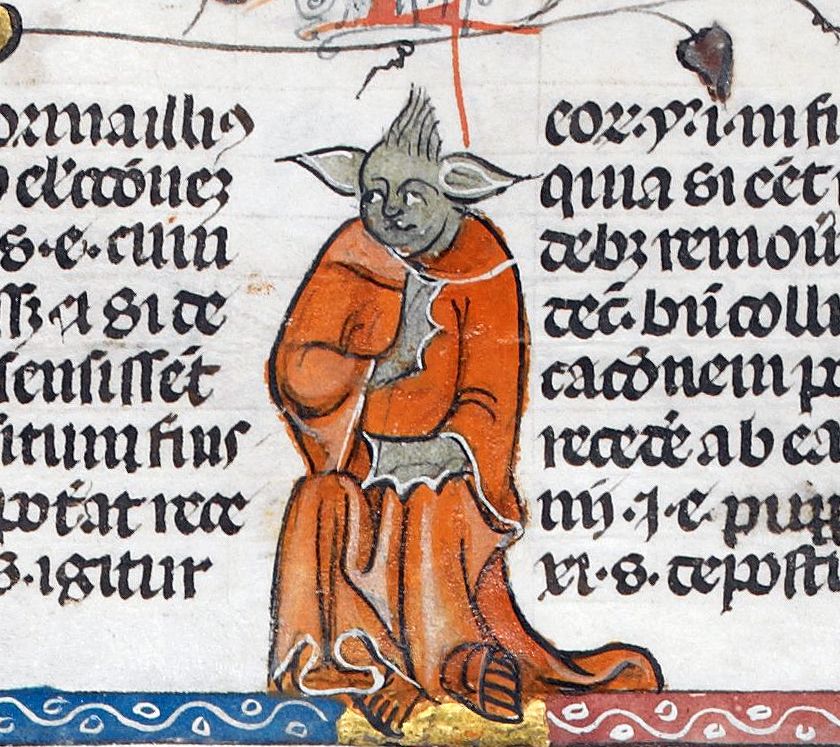 One likely possibility is that they are satirical in intent. The original French copies of the Decretals were not illustrated. Sometime after their creation, they were purchased by another party, who sent them to London, where artists were hired to illustrate the book. Drolleries, or satirical illustrations, were popular at the time and not uncommon additions to books. Even so, these are extreme. Even if these illustrations were in some way meant to lampoon the Church, just exactly what the joke was is certainly lost to the ages.