The Sleeper of Okno

On February 22, 1876, on the Island of Okno, Sweden, fourteen-year-old Karolina Olsson complained of a toothache and went to bed. She would not wake again for thirty-two years. 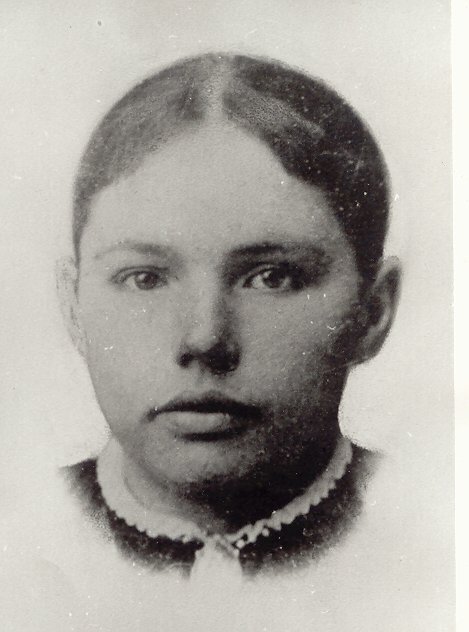 Karolina was the second oldest of five siblings, and the only girl, born on the small Island of Okno, near Monsteras, Sweden. Her family was poor and unable to afford to send for a doctor, depending instead on the advice of the village midwife during the early days of her condition. Eventually, neighbors saved enough money to send for a physician, who determined that she was in a coma. 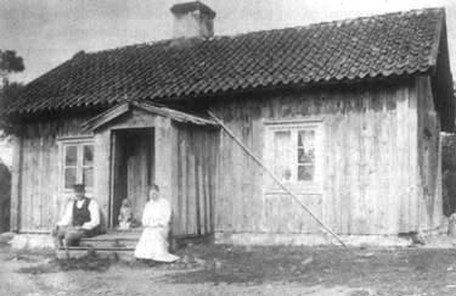 The doctor continued to visit for over a year, but Karolina did not wake up. Her mother force fed her milk and sugar water, though she took no other sustenance. Curiously, she was not adversely affected by the lack of nourishment. Stranger still, her fingernails and hair seemed not to grow during her hibernation. She remained catatonic toward all stimuli, though on rare occasions, she would mumble or weep. 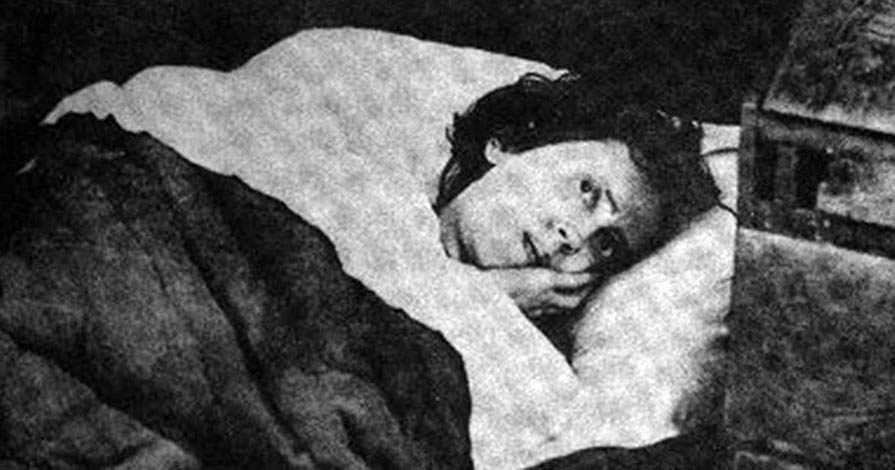 In July 1892, after years of scientific and medical speculation, she was hospitalized in Oskarshamm for further study. After more than a month of experimental treatment, including electroconvulsive therapy, the hospital arrived at the diagnosis of dementia paralytica. She was released with no change in her condition and received no further medical treatment. 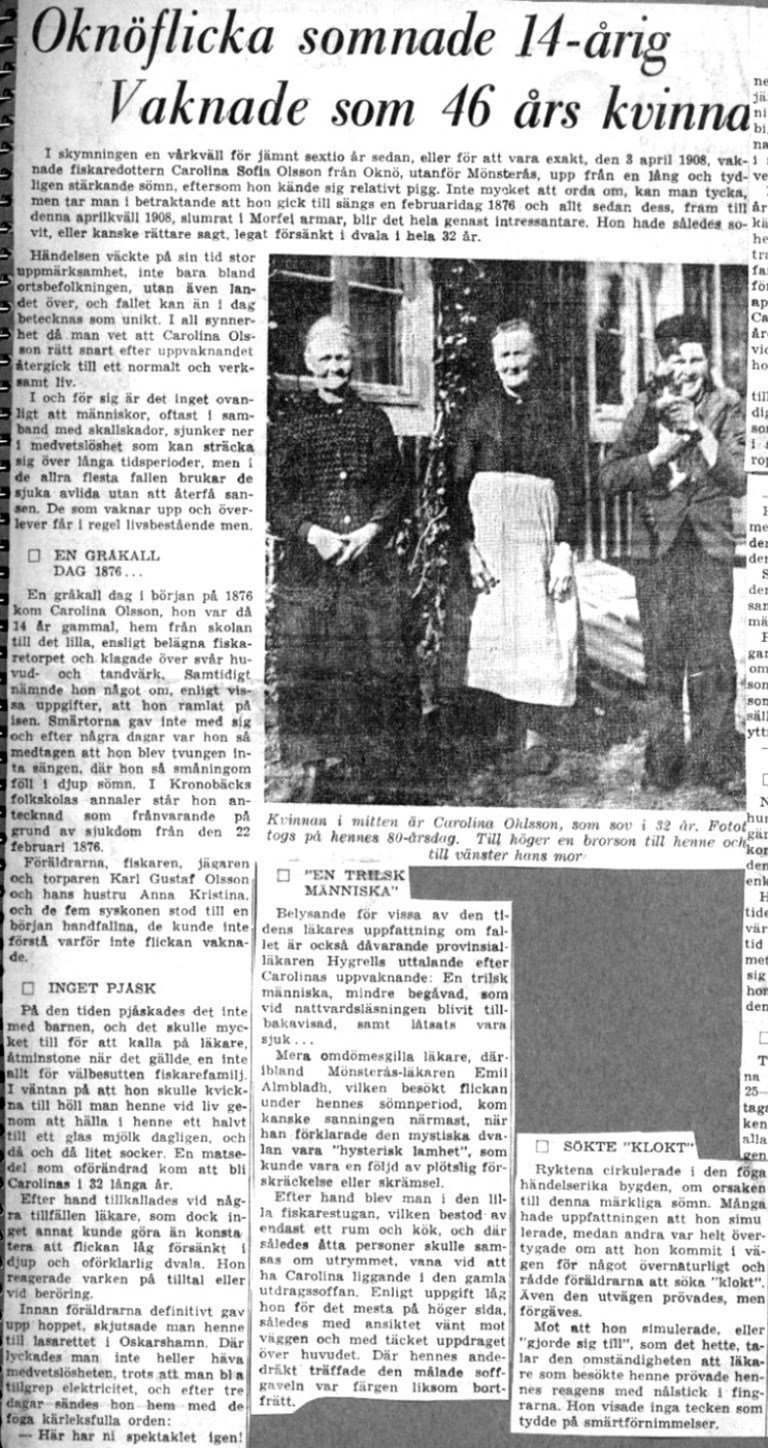 On April 3, 1908, she awoke after thirty-two years of slumber. She did not recognize her surviving family members, though she did retain all the memories and education that she had received previous to her long sleep. Subsequent physical and mental examinations found her to be of reasonable health and of sound mind. The consensus among the examining physicians was that, though she was forty-six, her body was that of a twenty-five-year-old. Karolina died in 1950, at the age of eighty-eight.