In the folklore of northern Germany, a Nachzehrer, or Shroud Eater, is a vampiric creature returned from the dead to devour their family and friends. There are two known methods that a Nachzehrer may be created, the first, and most common is from the corpse of someone who has recently committed suicide. The second is from the body of a plague victim; more specifically, the originator of the disease who spread it into the community 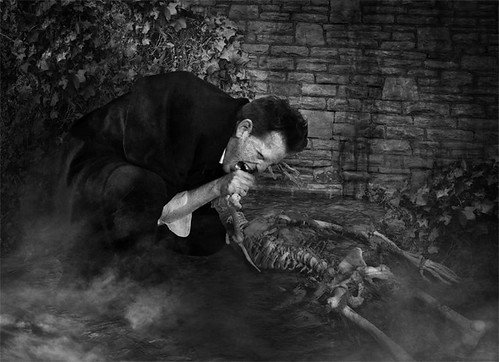 Once manifest, the Nachzehrer devours their own flesh, beginning with their burial shroud. This process begins a physical and psychological draining of the creature’s family and loved ones, weakening them for his impending attacks. Then, after rising from their graves, they seek out these loved ones and devour them one-by-one. 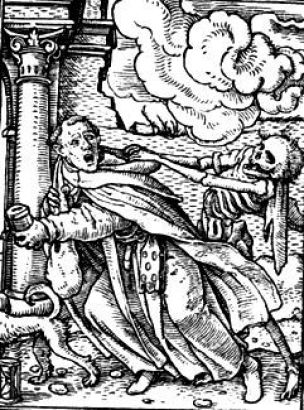 The family of the Nachzehrer are not the only ones that need fear its ravenous hunger. Once the family has been consumed, the creature moves on, freely devouring others in the community. Additionally, the Nachzehrer is known to creep into churches during the small hours and ring the bells. It is said that those who hear them are not long for the world.

Hunting these creatures, while dangerous, is not particularly difficult. They are connected to their graves and return there to sleep, where they have the odd characteristic of resting with their left eye open and one thumb clenched in the opposite hand. Newly created Nachzehrer can be located by the loud and noxious consumption of their shrouds and flesh. Placing a coin in the creature’s mouth is enough to paralyze it, so that it may be destroyed.