The spring of 1883 was an uncertain time in the Arizona Territory. Geronimo had left the reservation for the final time, executing violent raids across the region. In addition to the Apache threat, the territory remained a harsh and unforgiving place to settle with no shortage of natural predators stalking the arid wasteland. However, Arizona was about to be introduced to a far more mysterious and menacing threat that would become known as the Red Ghost.

It began in the hours before dawn, near Eagle Creek. Two men left their wives and families behind to investigate reports of a nearby Apache raid. One of the women left their cabin to collect water from the creek, while the other remained inside. The woman inside heard the thunderous approach of galloping hooves and ran to the window to look, just as the other woman screamed in horror from the creek. The woman reports seeing a massive red beast “ridden by the devil” charging down the bank toward the water. 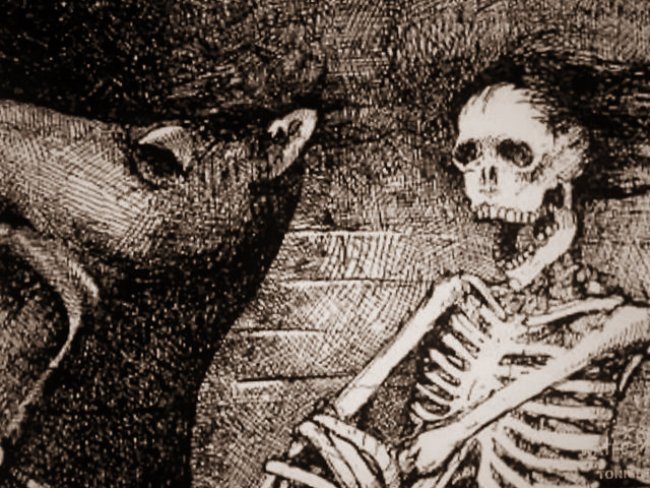 After the sounds of the beast faded into the distance, the woman went to check on her friend, who had not returned. She found her mangled and trampled to death by the creek amidst the chaotic tracks of strange, cloven hooves. The woman’s story was called into question when a coroner’s jury could not determine the cause of death. Beyond the strange tracks, tuffs of red hair were found clinging to the brush but little other evidence was discovered. While, initially, it was believed that the woman had been murdered by one of the family members, it would only be a few days later when the beast would strike again.

Two prospectors were rudely evicted from their tent one night when the beast charged into their camp. The massive, red creature kicked their tent down and destroyed their camp before galloping off into the moonlight. One of the prospectors swore that the monster was mounted by a skeletal rider. Again, the only evidence was the testimony of the witnesses and the strange, cloven tracks.

A few days later, a group of freight drivers claimed to encounter the beast, red and standing thirty feet tall. It allegedly attacked their wagons and knocked them over. Perhaps, it is no coincidence that the freight they were hauling was whiskey.

Sightings continued for years, with reports consistently describing a large, red animal mounted by a skeletal rider. One group of hunters got close enough to shoot at the Red Ghost. Their efforts were rewarded with a morbid trophy when a fleshy skull was discovered near where the thing had been standing.

It was a full ten years later, in 1893, that the mystery would finally come to an end. A man named Mizoo Hastings awoke to find the Red Ghost rooting through his vegetable garden. He took his rifle and, with one careful shot, brought the beast down. The Red Ghost was no preternatural demon. In fact, it was a camel. As for the skeleton rider, there were worn leather straps and rigging across its back, indicating that at one time it had been fitted with a saddle, though it had since rotted away. 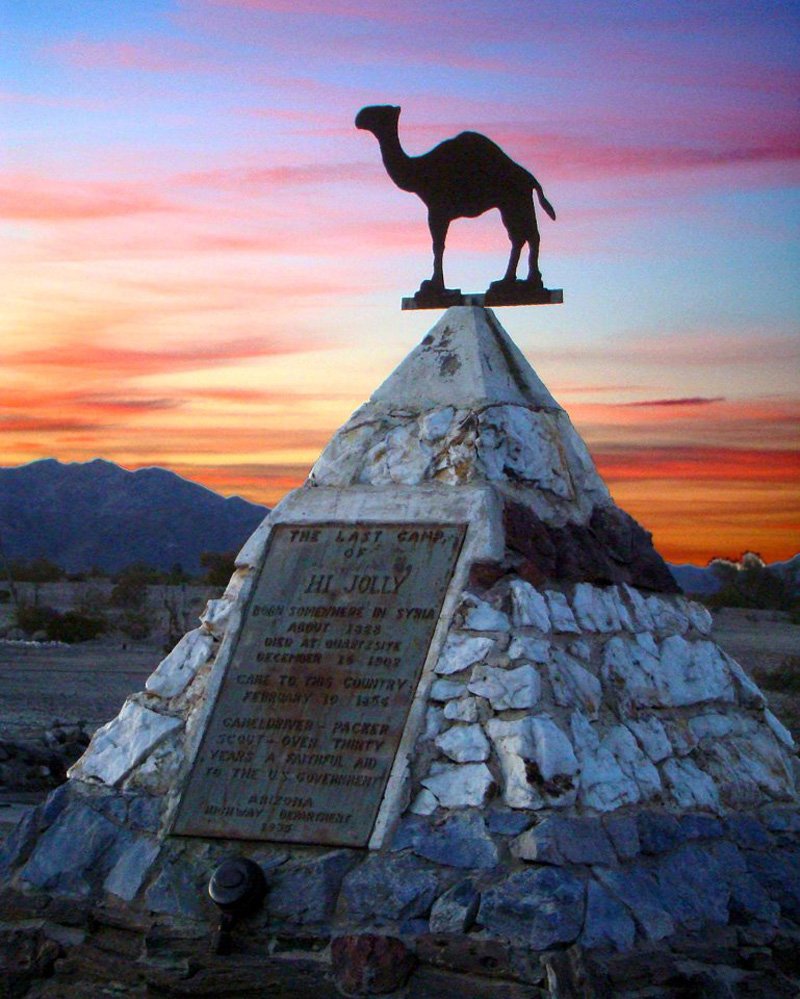 So how did a camel end up in the Arizona desert? To answer that question, we have to journey all the way back to 1855. The U.S. Army was exploring ideas for mail and freight delivery in the New Mexico and Arizona Territories and invested in thirty-some camels to experiment with. While the camels performed admirably at their tasks, they were temperamental and largely incompatible with horse and mule teams. With tensions rising between the states and war on the horizon, the Camel Corps was abandoned.

Seeing an opportunity, Hadji Ali, one of the original camel drivers employed by the Army, purchased the remaining camels and started his own freight company. Known locally as Hi Jolly, Ali made a go of it, though, due to the Civil War and other complications, his endeavor was unsuccessful. Eventually he released his remaining camels into the desert. Ali retired to the town of Quartzite, Arizona, where a monument on his gravesite pays homage to his days in the Camel Corps.

While the question of how a camel came to be wandering the wastelands has been satisfactorily explained, the enigma of the skeleton rider has not. Some say he was an Army corporal who disappeared while serving in the Camel Corps, though no record of such a disappearance exists. While there is little doubt that the Red Ghost bore a grisly passenger, their identity remains a mystery.