The Orkney Islands of Scotland with their sheer sandstone cliffs and abundance of Neolithic sites is home to a rich mythology spanning thousands of years of human history. Orcadian folklore is rife with demons and malevolent creatures, lurking beneath the violent northern seas. Among this pantheon of evil entities, none are more terrifying than the Nuckelavee. 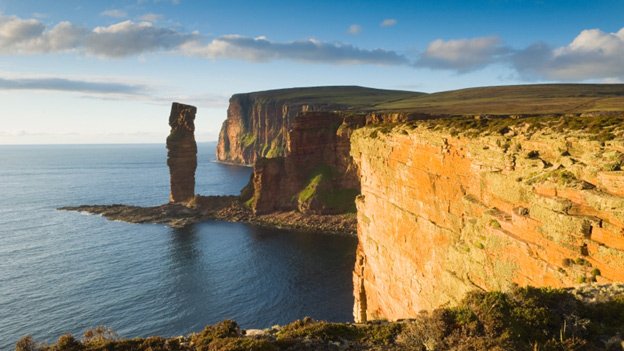 During the warmer months, this beast is kept in confinement deep beneath the waves by an ancient spirit known as the Mither o’ the Sea. However, in the tempestuous winters, her control of the demon wanes and it is free to inflict plague and ruin upon the hapless islanders.

When it rises from the sea, it manifests as a colossal equine beast with a human torso protruding like a rider out of its hind. The arms of the torso are disproportionately long, so that the hands touch the earth and its enormous head rolls hideously from side to side. The head of the horse gapes with a whale-like mouth with a single, red eye set in its brow. The entire creature is skinless, exposing a pulsating musculature, coursed with yellow veins of blackened blood. 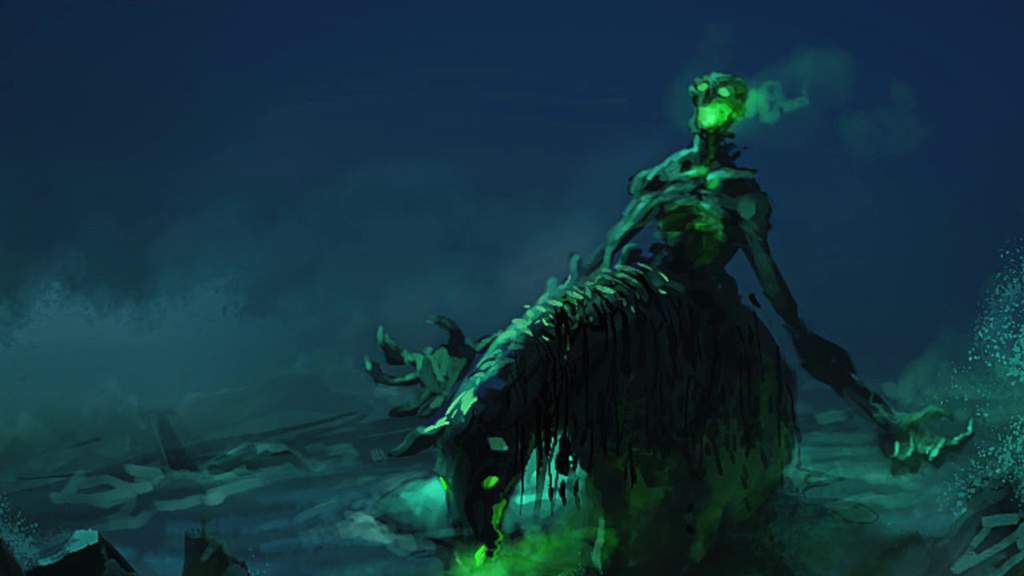 The breath of the Nuckelavee is beyond human description in its foulness and it is believed that it is responsible for withering crops, killing livestock, and causing disease. It’s said that when the demon becomes enraged by human activity, particularly the burning of seaweed, this effect is amplified and can bring plagues. Curiously, the Nucklelavee’s only aversion is fresh water and it will not come ashore in the rain. If one finds themselves being pursued by this monstrosity, it is recommended that a stream or lake should be crossed as it will not follow.