The High Priestess of Blood

She claimed to be the Aztec goddess Coatlicue, mother of the gods. She demanded worship, sex, and blood. In return, she brought them death.

It was late in 1962 when the Hernandez brothers, Santos and Cayetano, came to secluded village of Yerba Buena in the state of Tamualipas, Mexico. They were grifters and conmen with a history of petty crime. They presented themselves to the townsfolk as prophets of an exiled god and keepers of a great wealth of priceless treasure, which they claimed was hidden in caves nearby. Over the next few weeks they convinced the villagers that the treasure could be theirs if they earned the favor of their god. To that end, they required them to participate in peyote and marijuana fueled ritual sex orgies in the caves, petitioning the god to appear. 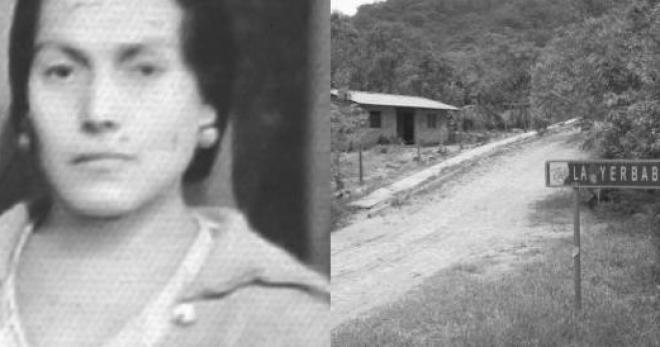 Eventually, with no divine manifestations, the villagers began to become skeptical of the “prophets,” prompting the brothers to action. The brothers needed a goddess, and they needed one quick. In the city of Monterey, they found an eager participant in a young prostitute Magdalena Solis. Along with her brother Eleazar, who was also her pimp, they returned to Yerba Buena.

In an elaborate production involving a smoke screen and flashing lights, they summoned Coatlicue into existence, reincarnated in the form of Solis. The villagers were awed by the spectacle and reinvested in the charade. As the new leader of the cult, Solis took things in a decidedly darker direction. Her rituals, loosely based on Aztec mythology, called for the letting of blood, which she and her prophets would drink. Things escalated quickly when members of the cult expressed a desire to leave. These individuals were summarily sacrificed, their hearts and entrails removed.

In May of 1963, a fourteen-year-old boy named Sebastian Guerrero wandered near the cave, attracted to the sound and lights of one of Solis’ rituals. Frightened by what he saw, he ran to the town of Villa Gran where the nearest police station was located. The two returned to Yerba Buena, never to be seen alive again.

The last days of the cult are shrouded in speculation as none of the cult members would testify against a living goddess. According to the police record, Magdalena and Eleazar were apprehended and convicted of the murders of Guerrero and the policeman, whose bodies were found dismembered on their property in Yerba Buena.

Santos died at the ritual cave with several cult members in a shootout with the police. Cayetano, initially believed to have been killed in the shootout, was evidently assassinated by one of the cult members attempting to usurp his role as high priest. Six mutilated bodies were also recovered, though the complete death toll may never be known. For their part, most of the cultists were sentenced to thirty years in prison. Magdalena and her brother received fifty years and their whereabouts are currently unknown.