The Green Children of Woolpit

One of England’s most enigmatic and enduring mysteries is that of the Green Children of Woolpit. The strange pair of siblings arrived in the Suffolk village of Woolpit, sometime during the mid-twelfth century, during the reign of King Stephen or Henry II. This much of the story is confirmed by contemporary historic accounts and is not in dispute. However, the debate over their origin has raged on for centuries.

It was harvest time in Woolpit, when the villagers working in the fields heard a distant crying. Upon investigation, they found that two children had fallen into one of the villages many wolf pits and were trapped within. Alarmingly, the skin of the young boy and girl was bright green in color. The clothes worn by the children were of a strange style and sewn from an unknown fabric. Neither of the children spoke English, rather, they communicated in an alien and unfamiliar dialect. 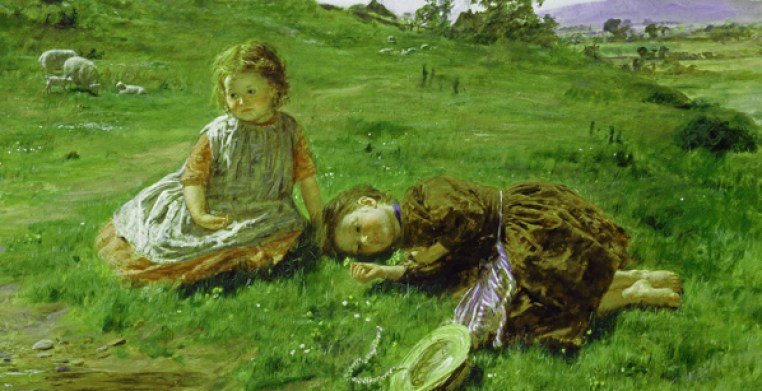 The children were taken to the home of Richard de Caine, who cared for them. At first, they refused to eat, until discovering fava beans in the garden, which the eagerly consumed. The girl gradually adapted to eat other foods, though sadly, the boy became sick and died. As her health grew, she took on a normal pallor and the green skin tone faded.

Eventually the girl learned English and was able to describe some details of her previous home. She claimed they had come from a place called St. Martin Land, where there was no sun, everything was green, and it was twilight all the time. Her and her brother had been tending to their father’s cattle when they became lost. Following the sound of bells, they entered an underground cavern and emerged near the wolf pit where they were discovered.

The girl, who took the name of Agnes, worked as a servant at the home of Richard de Caine for many years. Her general attitude and behavior was described as “wanton and impudent.” Eventually, she left the service of de Caine and was married to a man in Kings Lynne, where she raised a family. 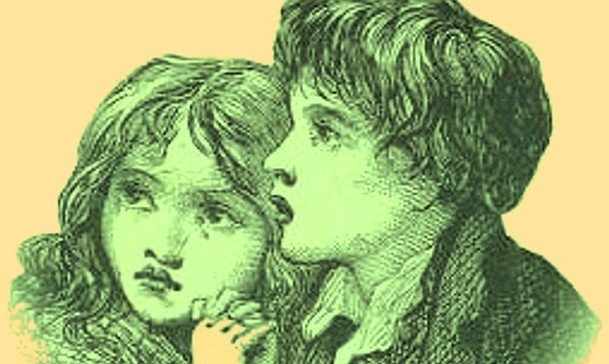 There are various theories surrounding the children and their mysterious twilight land. One popular theory put forth by Astronomer and science fiction writer, Duncan Lunan, suggests that they were transported here from their planet through some malfunction in a matter transference device. He goes on to state that the man Agnes married was Richard Barre, a prominent clergyman, scholar, and justice who is best known for his work in the service of Henry II. This marriage allegedly produced heirs whose descendants live in the Suffolk area to this day. It should be noted that no significant proof of such a marriage exists, though it is often reported as factual. Considering the source, Lunan, it is a dubious claim at best.

One plausible theory is that the children were Flemish. To the north of Bury St. Edmunds, a neighboring town of Woolpit, was the village of Fornham St. Martin, where a large Flemish community existed at the time. In Henry II’s time, the Flemish were persecuted, and many were killed in the battle of Fornham in 1173.  It is speculated that the children could have lost their family in the event and fled, turning up at Woolpit, where their language and clothes might have proven a strange sight to the villagers. A possible explanation for their green skin could be “green sickness” brought on by a dietary deficiency. As neatly as this would explain the matter, the timing is slightly later than the accepted date range and it seems unlikely that Flemish language and clothing would go unrecognized, even with green skin. 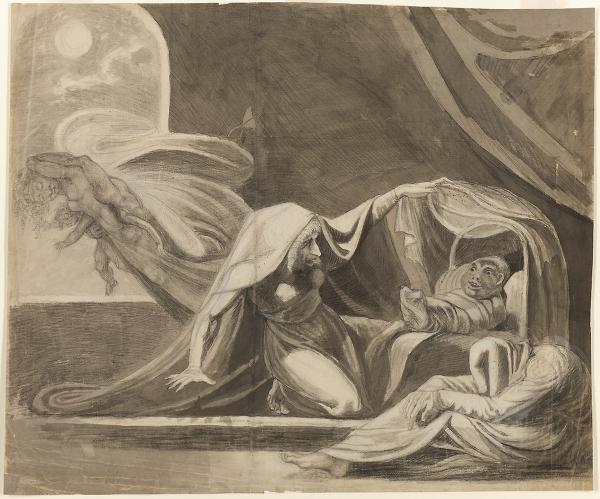 Another interesting theory emerges from fairy folklore. Before the modern constructs of magic dust dispensing winged princesses, popular in Disney features, belief in fairies had much darker connotations. In many cultures, fairies were considered wild and elemental creatures, that were both dangerous and unpredictable. Commonly, the entrance to their world would be through a grass mound, cave, or even ancient trees. It was also believed that they had the ability to forcefully inhabit the bodies of humans, especially children, replacing them in their world. Such beings are known as “Changelings”. The refusal to eat regular food and the strange withering of the boy, allegedly speaks to the fairy’s difficulty in assimilating to their host bodies. It should also be noted that the term “fairy” in this context is a general and slightly ambiguous one, adapted to encapsulate the various cultural representations of these beings. The principal theory being that something other than a child inhabited the bodies of Agnes and her brother.

The fact remains, two green children came to Woolpit, and no one knows from where. Could it be as simple as misidentified Flemish refugees? Or is it something more insidious? After more than eight hundred years, it’s unlikely we’ll find out for sure.