Something fearsome stalks the woods near the town of Glastonbury, Connecticut, or so the legends say. Witnesses describe it as being nearly four-feet-tall with a feline body and a canine head filled with long, vicious teeth. Though its eyes burn a terrible red in the night, it is said that the creature is completely blind, relying on sonic vibrations and an acute sense of smell to hunt its prey. Its horrific screeching has been compared to the cries of a hyena, though perhaps the most terrifying attribute of the monster is its mesmerizing gaze. Those foolish enough to look into its haunted eyes are doomed to lose their memory and become hopelessly lost in the wilderness; that is if they are not consumed by the blood thirsty beast. What is this mysterious and horrifying creature?

It’s known as the Glawakus, a name that was coined during a series of unexplained attacks during the winter of 1939. Historians debate who exactly came up with the name, though it’s agreed that the etymology derives from “Gla” for Glastonbury, “wack” for wacky, and “us” as a proper Latin ending. The name went viral and stuck immediately. 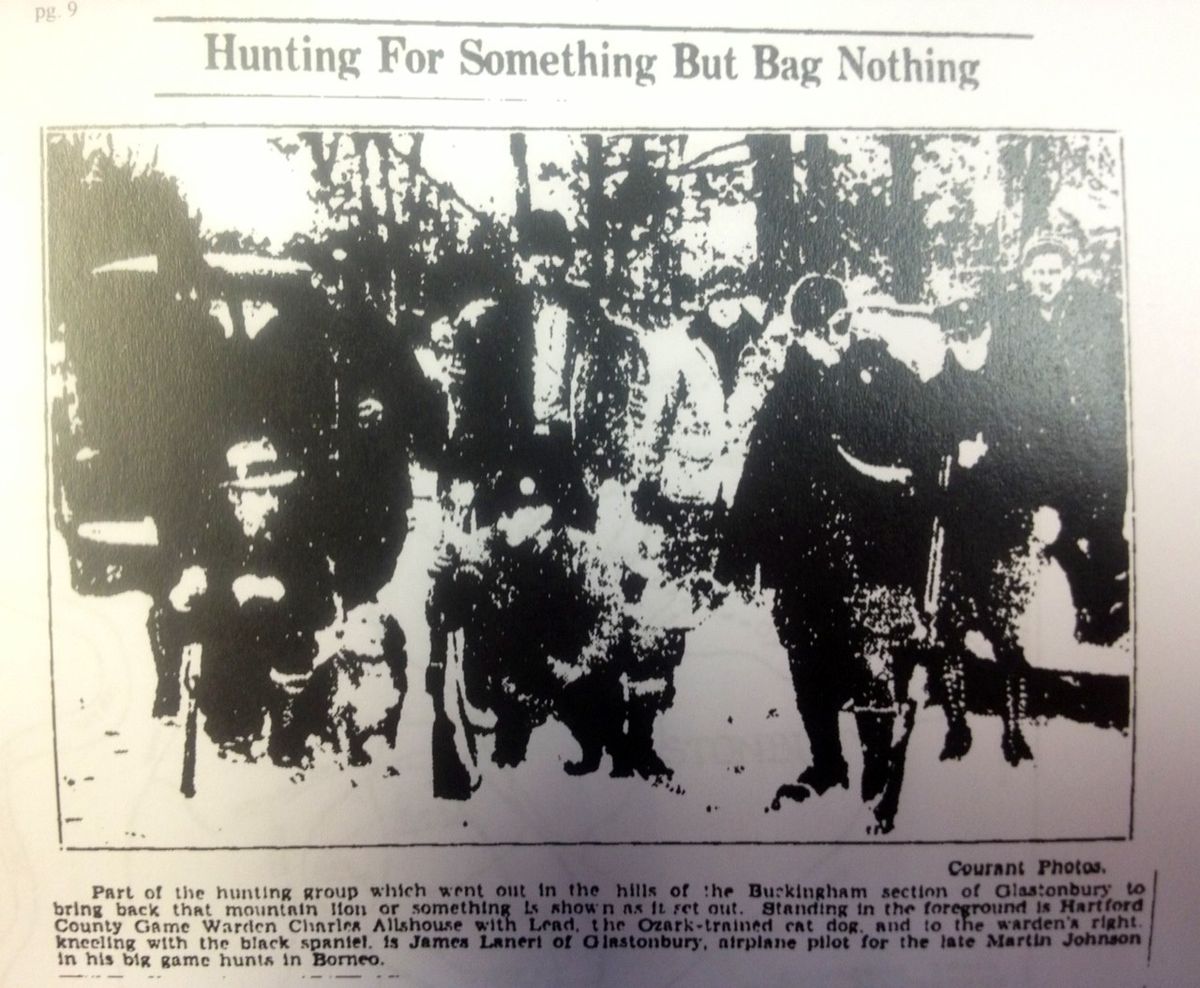 The Glawakus began its campaign of carnage in January 1939, terrorizing the small farms surrounding Glastonbury. Livestock were its principal prey, though many family pets also numbered among the victims. Certainly, New England farmers were familiar with the visitations of predators, though there was something unsettling about the attacks that did not fit with typical methods of wolves, foxes, or other common pests. In examining the tracks and the mutilated remains left in the creature’s wake, the evidence suggested a large cat, possibly a mountain lion. Then the sightings began to occur.

More than two-hundred reports of Glawakus sightings were documented between January and March of 1939. Some deviated wildly, while most remained consistent with the general description of a lion-sized cat with a frightening canine head. These sightings were credible and numerous enough to attract the attention of the media and soon regular columns were being published in the Hartford Courant and being reported on local radio stations.

With the continued media coverage, the story captured the imagination of the region. Many local merchants attempted to cash in on the trend by offering Glawakus themed services. One local clothing company advertised that they would happily fabricate a jacket or scarf for the customer that provided a Glawakus pelt. A Hartford beauty salon advertised, “Don’t look like a Glawakus!” The Glastonbury rifle club constructed a mock-up of the Glawakus for its members to shoot at. One of the more humorous, albeit disturbing, advertisements was by a local butcher offering to cut steaks from the beast if a carcass could be provided. 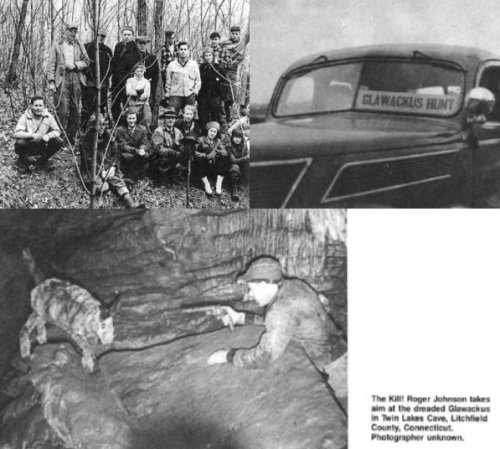 At the height of the frenzy, a safari was organized to hunt the monster. The expedition was highly publicized and drew dozens of hunters to its ranks. Though the group was equipped with Ozark-trained bloodhounds, the Glawakus successfully evaded its hunters.

As winter faded to spring, the sightings became less common and the media gradually lost interest. Eventually, the story faded into legend, resurfacing every few years with a new rash of sightings, most famously in the 1960s. Unfortunately, no evidence has ever materialized to definitively prove or disprove the existence of the Glawakus. 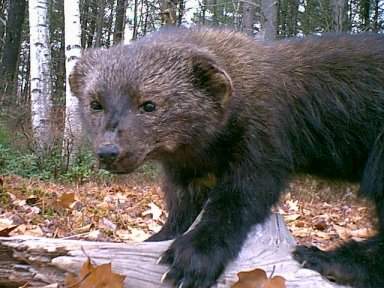 Obviously, there is immense opportunity for skepticism in the story, however, the fact remains that something was decimating the livestock of Glastonbury. One possible explanation is that it was a misidentified Fisher Cat, a rare omnivorous mammal in the weasel family. While these creatures are tenacious enough to take down porcupines, they rarely grow beyond three feet in length and make for an unlikely match. Another possible suspect would be a mountain lion. This theory has been viewed with as much skepticism as the existence of the Glawakus itself, as mountain lions were hunted into extinction in the area well over a hundred years ago. It is interesting to note that mountain lion sightings are still reported in Connecticut, despite the staunch denial of wildlife biologists.

As much as I’d love to fire up the grill for a Glawakus steak, I doubt that an answer to the mystery is forthcoming any time soon.