Near midnight, on the evening of October 18, 1970, Air Force Academy cadet Robert Bennett and his fiancé were parked on Guinea Road in Fairfax County, Virginia. They were sitting in their car outside Bennett’s uncle’s house, talking with the engine running, when their conversation was interrupted by a terrifying interloper. Standing about ten feet away from the passenger–side window was a massive, hatchet-wielding man wearing what looked to be a bunny costume. The man threatened them, yelling that they were trespassing and that he had their tags. He then threw the hatchet at the side window, shattering it. Bennett sped away and immediately contacted the police. 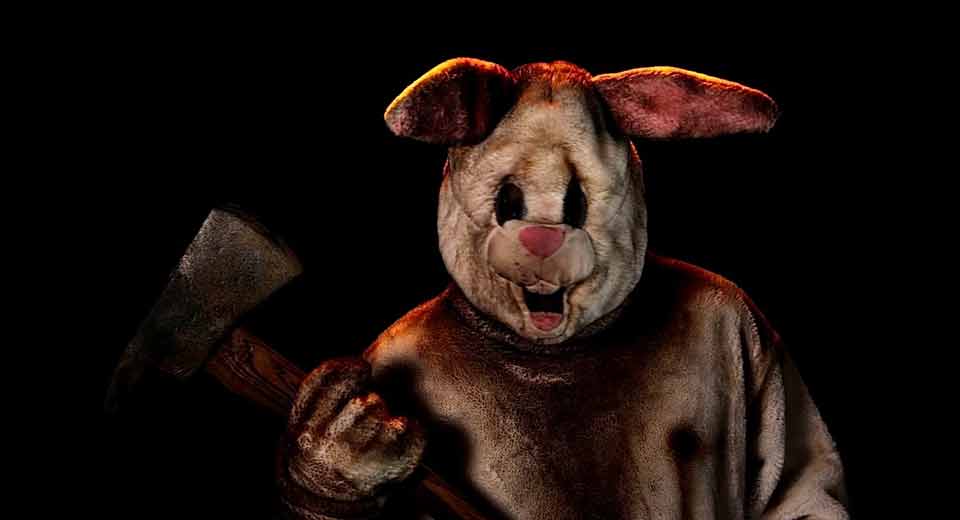 While investigating the scene, the police located his tire tracks where he had sped off, the broken glass of his window, and the hatchet itself laying nearby. Unfortunately, there were no other witnesses or any further evidence to be extracted from the scene. Having nothing to go on but Bennett’s account, the case quickly went cold. However, it did not take long for the Bunny Man to strike again.

Ten days later, on the night of October 29, 1970, Paul Phillips, a construction security guard encountered the Bunny Man standing on the porch of an unfinished house on Guinea Road, not far from the first sighting. When Phillips confronted the man, he brandished a hatchet and accused him of trespassing, threatening to take his head. He then began chopping at the support post of the porch. Phillips also informed the police, but again they were at a loss to produce any results.

This began a fifty-year saga of Bunny Man sightings in Fairfax County, though his identity remains a mystery… almost. As the legend of the Bunny Man grew, a strange story began to circulate, allegedly originating with the elders of the community. It recalls a series of ghastly murders from around the turn of the century. These stories took on a life of their own and are now often inseparable from the original 1970s incidents and shrouding them in urban legend.

There are many versions of the story, some of which are easily debunked. Therefore, I will condense it to its core elements and its most plausible form. According to legend, in the early 1900s, a young man named Douglas Grifon brutally murdered his family, some say with a hatchet. Grifon was apprehended by the police and generally described as criminally insane. While some versions mention that he was committed to an asylum, no such facility existed. However, most versions agree that there was some type of transfer between jails or institutions that resulted in a crash and the subsequent escape of Grifon. 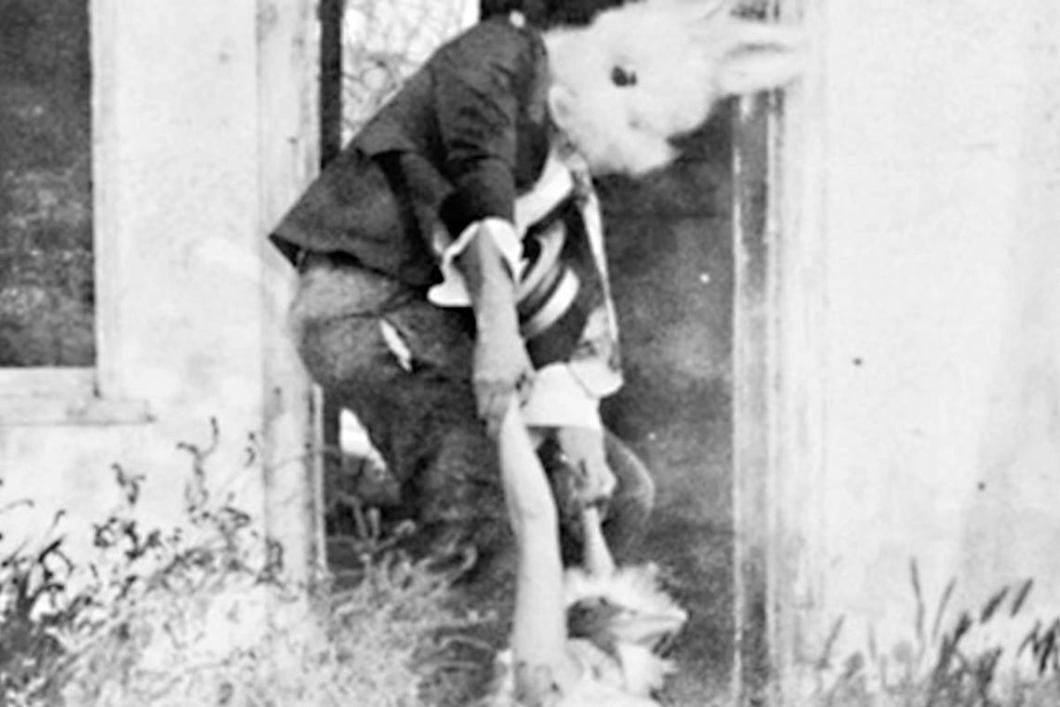 The police mounted an extensive manhunt for him, but Grifon evaded the police for months, living on rabbits, skinning them, and wearing their pelts. Their discarded carcasses were found hanging on trees and railroad trestles throughout the area. While at large in the wilderness, he committed several more murders, prompting an even more vigorous hunt for him.

Finally, the police caught his trail and a pursuit ensued. Trapped between the posse and an oncoming train, he threw himself onto the tracks, gruesomely ending his own life. Most reports tell of his lunatic laughter as he did so. The alleged location for this occurrence is a railroad overpass, commonly known today as the Bunny Man’s Bridge.

The legend goes on to claim that, if the Bunny Man finds you under his bridge at night, he will butcher you like one of his rabbits and hang you from it. Despite decades of teenagers accepting this cheerful invitation, to date no corpses have been discovered suspended from the overpass. Hope springs eternal.