It was 1981 and the golden age of arcade games had begun. Titles like Space Invaders, Defender, and Pac-Man had children turning up the couches and raiding their parents change jars for just one more quarter. Portland, Oregon, was not immune to this phenomenon, however, that summer the rabid enthusiasm for gaming would take a dark and legendary turn.

Polybius appeared without fanfare, unusual for a game of its superior graphics and gameplay. The maker, Sinneslochen (translated roughly as “sense-delete” in German), was also a mystery as they had no other known offerings. The gameplay was said to be hypnotic and fast paced, involving geometric shapes and near strobing light effects. One account describes it as being similar to the game Tempest, though far more intense.

Almost immediately the game achieved fanatical popularity, often inspiring arguments and fights over whose quarter was first in line. Reports of insomnia, migraines, and even amnesia were common after prolonged exposure to the game. One unfortunate gamer is said to have suffered from a seizure while playing and another passed out after an eighteen-hour session. Then, the rumors began… 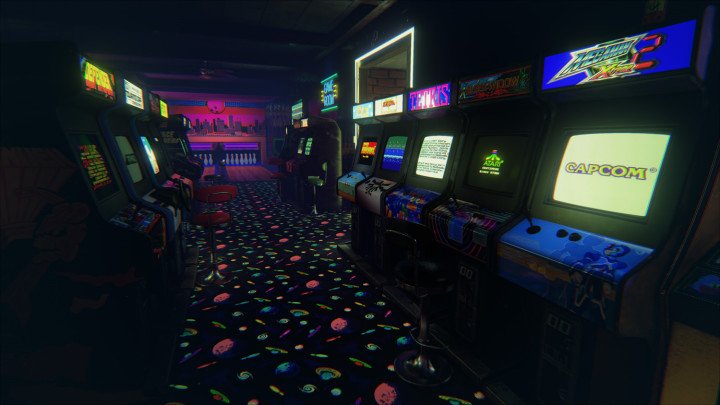 Talk of Men in Black servicing the game began circulating among the regulars. They charted high-scores and extracted devices from within the machine. Most theories point toward a government shadow project involving mind control or some sinister, data mining plot. Of course, nothing could be conclusively proven, and a short while after the adverse effects of the game became obvious, the game was mysteriously and completely removed from the arcades and amusement halls of Portland.

While this certainly reads like a subplot from Stranger Things, the legend is rooted firmly in the early days of the internet. The first confirmed mention of Polybius appears in February of 2000, on coinop.org, a vintage gamer site. One theory is that the site’s creator fabricated the whole story to drive visitors to his site, though that seems unlikely considering the slow burn of the myth. Others note that the logo font for Polybius is derivative of Williams gaming consoles, suggesting that someone may have co-opted several titles for the Polybius design. Furthermore, no copyright is registered by Sinneslochen, nor is there a record of the company having ever existed.

Most writers on the subject categorize Polybius as an urban legend, though the story has not been conclusively disproven. If indeed it was a government black-op experiment, wouldn’t it make sense that such traces be erased?

A fascinating footnote, and food for thought for those on either side of the myth, are some curious happenings that did occur in Portland in 1981. One gamer did indeed pass out in an arcade during a marathon session, though the game was reported as Asteroids. Another also suffered an epileptic seizure, game unknown. These events apparently coincided with a gaming competition at the arcade.

Also, during the same time frame, the FBI did investigate arcades in the Portland area. They are known to have recorded high-scores and examined the interiors of video game cabinets. The FBI claims this was done during an illegal gambling investigation, in which the games were said to be somehow involved. Coincidence or convenient coverup? We may never know.