In October of 1349, a ship left England laden with wool and other trade items. Unfortunately, the ship was also infested with rats, who in turn were vessels for the Black Death. Soon, the crew took sick and began to die. Despite their best efforts to quarantine themselves, the entire crew, at least the human ones, perished. Had fate been kind, the sea would have claimed them, but fate had crueler intentions. The ghost ship carried on, running aground near Bergen on the west coast of Norway, releasing the rodent survivors. Within a year, half of Norway was dead.

In the years that followed, as humanity struggled to recover, stories of their experiences during the plague began to emerge. Those tales began to develop a character of their own, fueled by death and sorrow until the plague itself was personified into the image of Pesta, the plague crone. 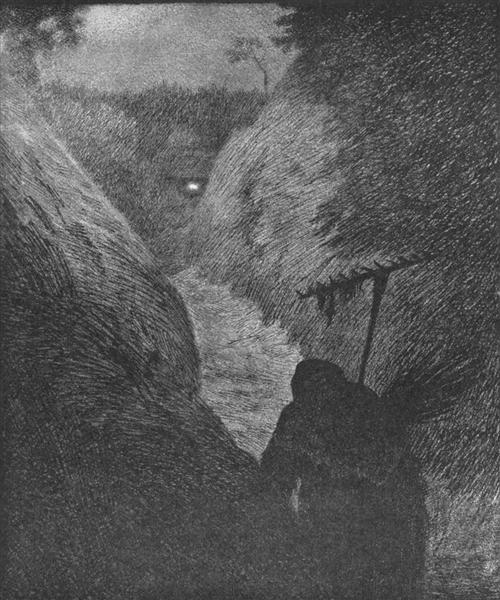 She appears as a hideous, gray faced old woman in a tattered red skirt. Pesta will be carrying one of two tools, a broom or a rake. If Pesta brings her broom to your village, all will be swept away and none will survive. If, however, she brings her rake, some may escape between the tines. Pesta cannot be disrupted from her work, nor can she be hidden from or negotiated with.

One legend that survived the ages is that of the Jostedal Grouse. Rumors of Pesta’s impending arrival inspired mortal fear among a community in old Sogn og Fjordan County. Thinking they could escape the crone, they abandoned their town and took all their belongings into the Jostedal Valley, where they could barricade themselves in isolation. They walled off the valley, leaving a large stone, called the “Letter Stone,” at the mouth of the valley where communications could be left for the outside world. Eventually, the letters from the valley stopped coming and there was no further word from the people within. Months later, some livestock escaped the valley and turned up in surrounding communities, which inspired the locals to check in on the people at Jostedal. When they arrived at the valley, they found only corpses, with one exception. A young girl was seen running feral in the woods of the valley, swift and evasive. After some deliberation, they agreed that they should try and capture the girl and bring her back to their village. This was accomplished, though with great difficulty, the nimble child earning the name the “Grouse of Jostedal.” The child spoke of the hag and her tireless sweeping and how she came to every home.

In these legends, grief and death is not a state of permanence. A common theme among them is the rebuilding of a new world upon the ruins of the old. In the Jostedal Valley story, the young girl grows up and finds love in the new community that rebuilds over the fallen one. Another story, from the same valley, speaks of the efforts to build a new church. After picking a location, clearing the land, and beginning construction, the townsfolk were confounded to discover that each morning their tools and building supplies were mysteriously spirited away to a nearby hilltop. After several days, they made an incredible discovery, unearthing the bell of the former church. They recovered the bell and built the new church on the hill, where it’s said the church still stands with its ancient bell intact. 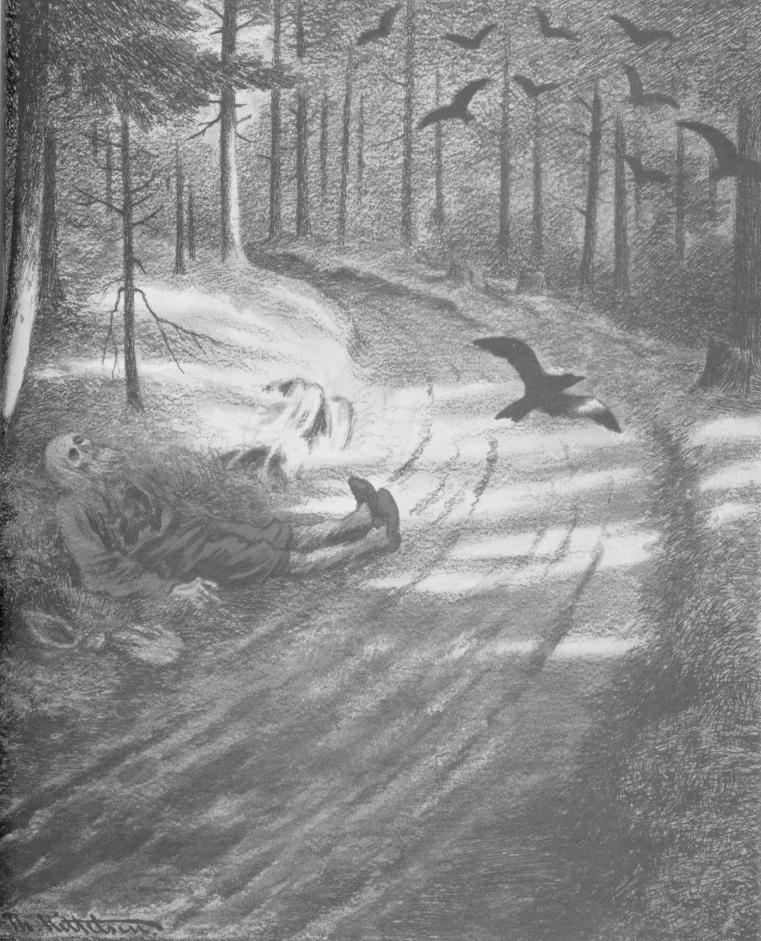 A story that encapsulates all these themes is that of a man that becomes lost in the woods while hunting bear. In the story, the hunter stumbles across an ancient farming community, overgrown with dense brush and almost completely concealed. He goes from building to building, finding only the bones of former residents. While exploring one farmhouse, the bones of the homes former owner come to life and tell him the horrible story of how Pesta came. The ghost goes on to bequeath the land to the hunter on the promise that he reclaims them from the forest. After burying the bones of the farmer and his family, the hunter fulfills his promise by rescuing the farm and making it prosperous once again.