On the morning of August 16, 1942, Lieutenant Dewitt Ernest Cody and Ensign Charles Ellis Adams boarded Navy blimp L-8 and lifted off from Treasure Island in San Francisco Bay. Their mission was routine, a fifty-mile patrol off the San Francisco coast searching for Japanese submarines which had been highly active on the west coast at that time. An hour and a half later, Cody radioed in, reporting a suspicious oil slick about four miles east of the Farallon Islands. It was the last time either of the men would be heard from. 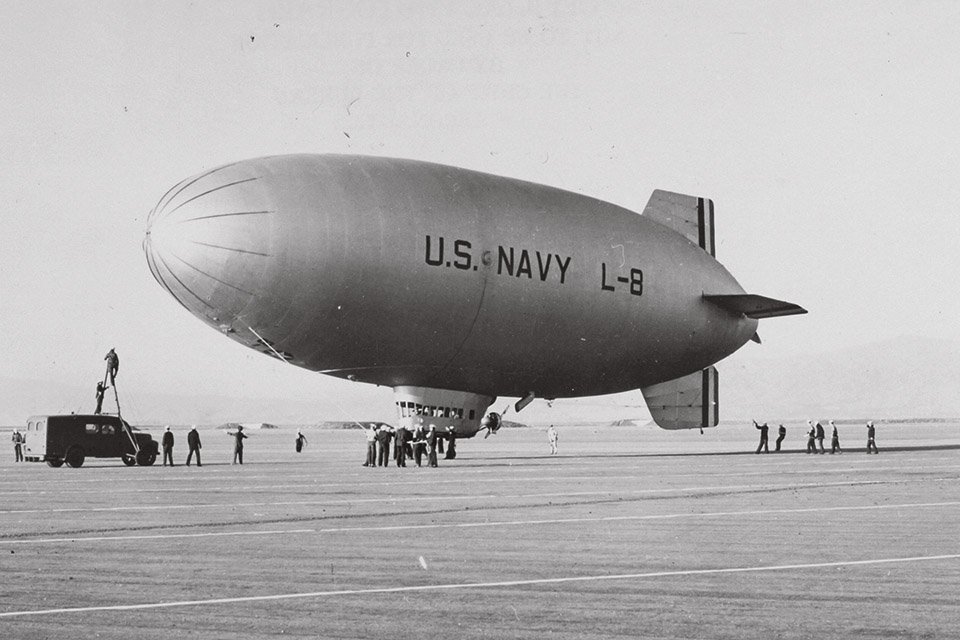 Four hours later, the severely deflated blimp came drifting over Ocean Beach, its engines quiet. The blimp struck the beach, dislodging one of its depth charges, allowing it to rise once again. It traveled a few miles inland, becoming caught in power lines in a Daly City neighborhood and igniting a fire, before finally coming to rest on a parked car on the 400 block of Bellevue Avenue. Fire fighters rushed to the scene and struggled to free the crew. After freeing the blimp’s cabin from the deflated airship, they discovered the crew to be missing.

Investigators found the balloon to be in perfect operating order, sans the damage sustained in the crash. The radio was completely functional, all three parachutes were unused and properly secured, and the life raft was not deployed. Two of the three life jackets were missing, though this is in accordance with standard procedure that would require the men to be wearing them. 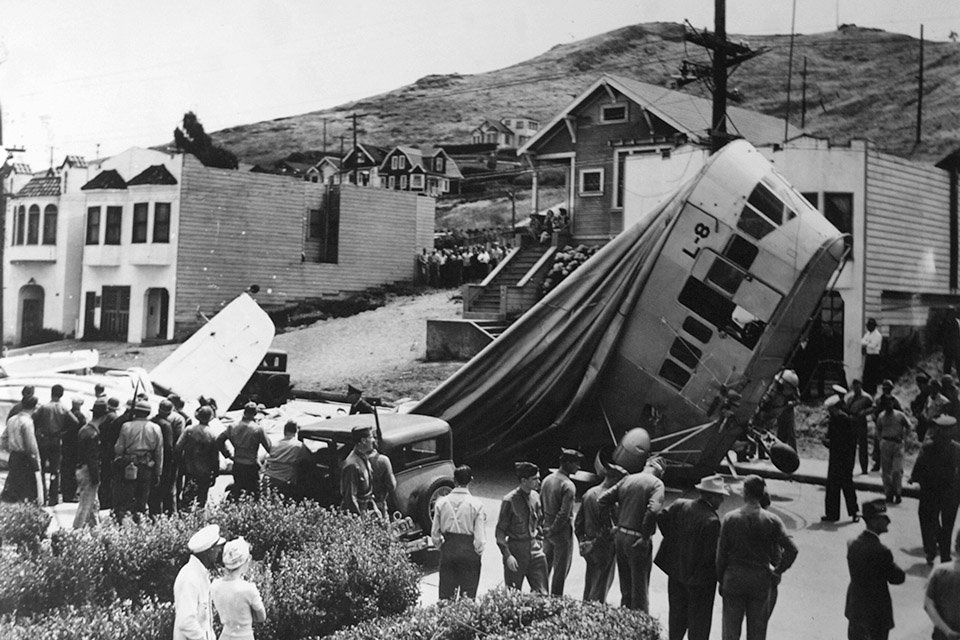 Curiously, hundreds of witnesses’ report seeing L-8, accounting for an almost complete record of its movements that morning. The crew of the fishing trawler Daisy Gray witnessed L-8 as it descended near the Farallons to investigate the oil slick, reporting that they pulled their nets out of concern that the blimp might drop depth charges. Otherwise, L-8’s activities seemed perfectly normal and the crew did not appear to be in any distress. Several other accounts, including those of beach goers, indicate that the crew was still onboard when the blimp came ashore, suggesting that if they indeed fell out of the cabin, it would have been somewhere between Ocean Beach and Daly City. No bodies were ever recovered. It remains one of the enduring mysteries of World War II.

The Battle of Los Angeles 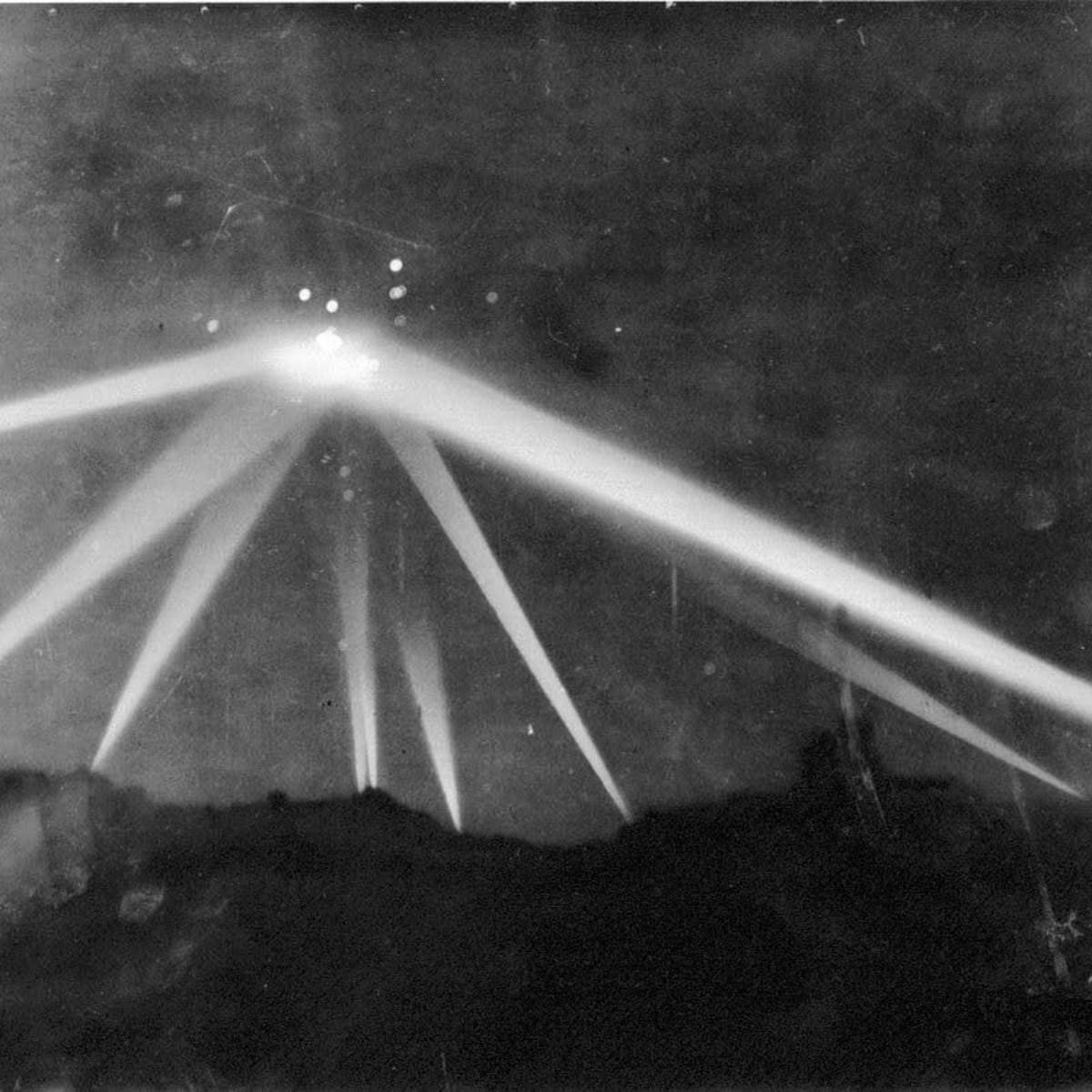 In the early hours of February 24-25, 1942, reports of unidentified aircraft, flashing lights, and possible flares prompted Naval Intelligence to issue a warning, anticipating a Japanese attack on Los Angeles. Considering the recent attack on Santa Barbara by a Japanese submarine only a day before, the threat seemed entirely plausible. Shortly after 1:00 am on February 25th, something appeared in the skies over Los Angeles and all hell broke loose.

A black out of the city was immediately executed, air raid sirens blared, and anti-aircraft batteries targeted the invading aircraft. The night sky lit up with searchlights and exploding ordinance, raining shrapnel for miles. Over 1400 shells were fired over the next few hours, until 4:14 am when the “all clear” was finally given. 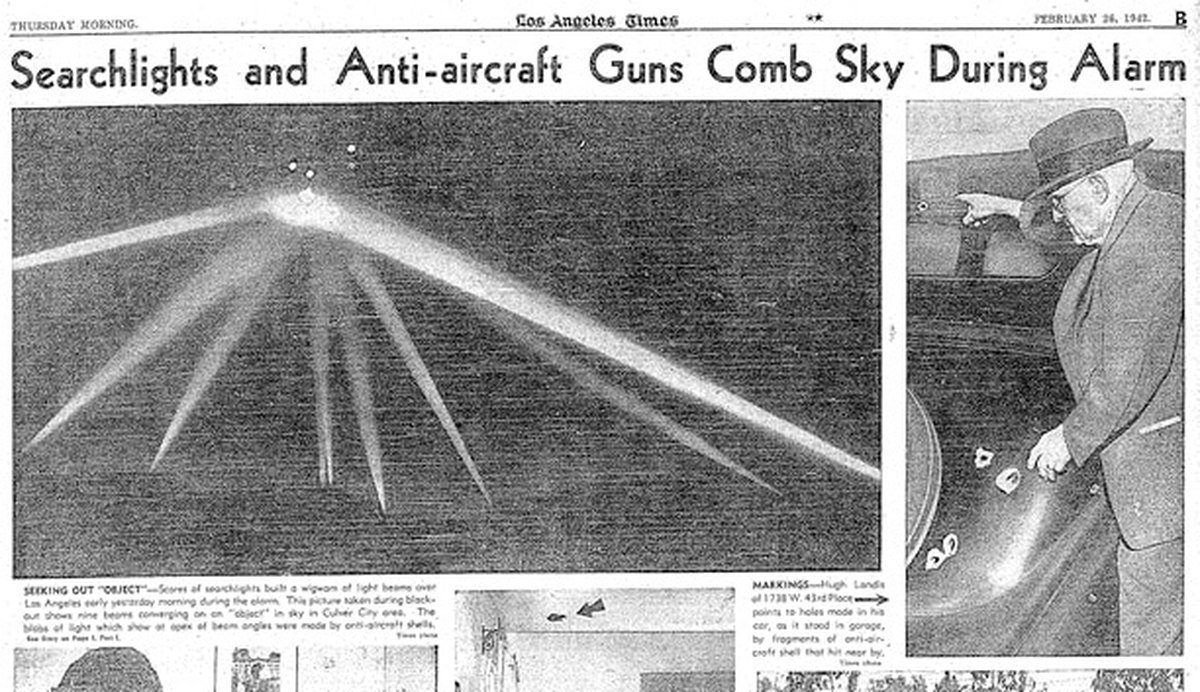 Reports vary wildly as to the target of those shells, some claiming as many as five Japanese aircraft were downed, one crashing on Hollywood Boulevard. However, no wreckage was ever recovered, and the only casualties were civilians, falling victim to friendly fire. Officially, the military blames “war nerves” and an errant weather balloon. This seems like a highly suspect conclusion considering the thousands of witnesses. It’s a disconcerting thought that 1400, twelve-and-a-half pound shells couldn’t take down a weather balloon, begging the question, what were they shooting at?

On December 5, 1945, five Grumman TBM Avenger torpedo bombers departed Naval Air Station Fort Lauderdale on a routine training mission. Their designation, Flight 19, would become infamous as one of the most chilling unexplained mysteries of the Bermuda Triangle. 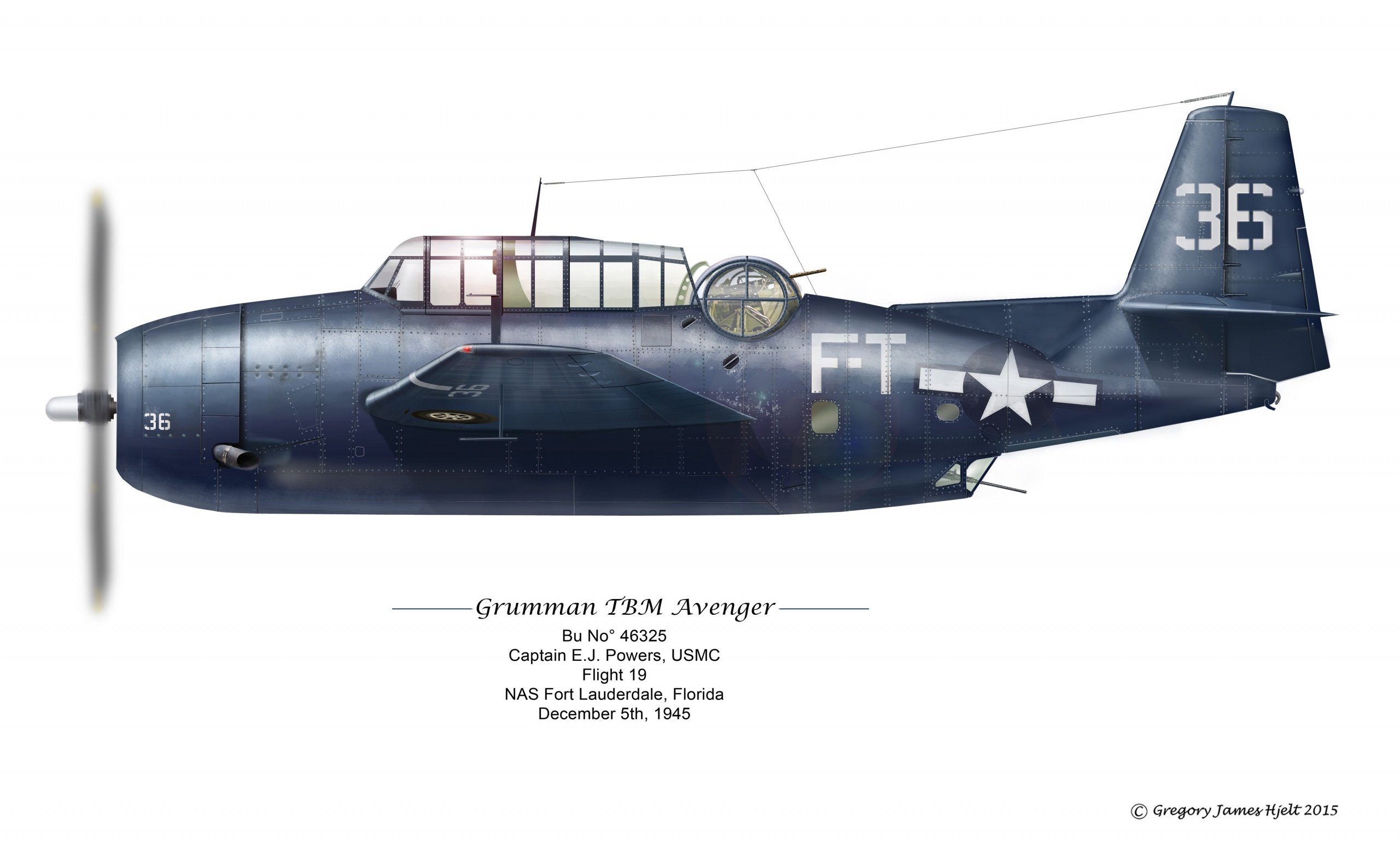 Flight leader Lieutenant Charles Taylor was a capable instructor and veteran torpedo bomber pilot. Their mission was a navigational and combat training exercise that took them due east from Fort Lauderdale to their bombing target at Hen and Chickens Shoals, then over Grand Bahama Island, before returning home. The mission went according to plan until the final leg, at which point a series of technical malfunctions began hindering the pilots. Compass and altimeter readings became erratic, rendering them useless. Compounding their difficulties, the weather began to turn, and they were losing day light. Taylor’s communication with Fort Lauderdale grew more frantic as their fuel supply steadily depleted. Flight 19’s radio signals faded, possibly indicating they were far off course or that yet another technical malfunction was affecting them. A series of strange messages were heard, and contact became increasingly spotty, until one final message seemed to suggest that the planes were clustering together to prepare for a water landing. 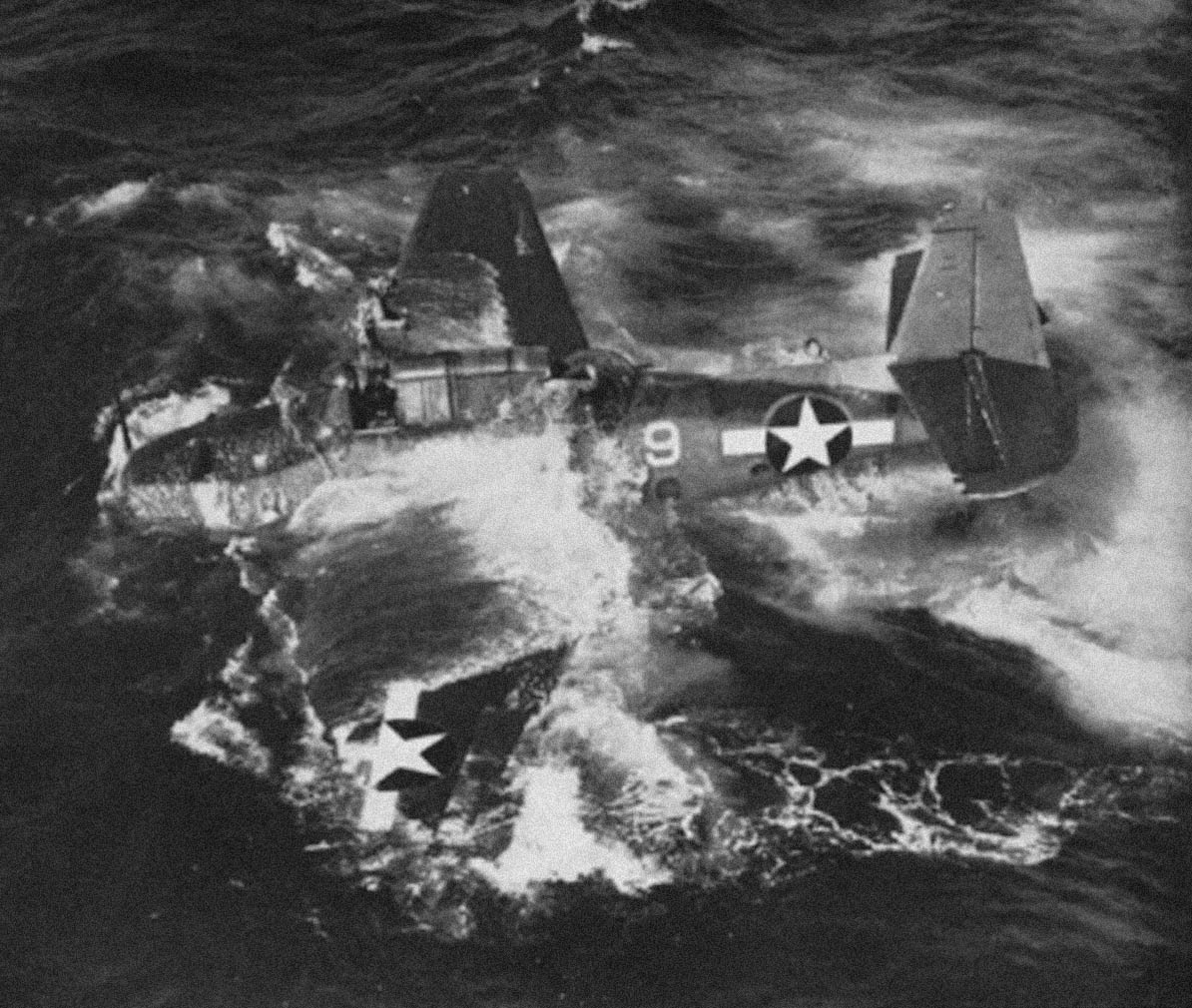 Believing the flight lost, a Martin PBM Mariner Flying Boat was dispatched from Naval Air Station Banana River, to begin the search and rescue efforts. Shortly after takeoff, communication was also lost with the Mariner. The plane and its fourteen-man crew were never seen again. Reports from the tanker SS Gaines Miles described flames from an explosion that burnt on the horizon for approximately ten minutes. As this was witnessed in the area the Mariner went missing, it is believed the aircraft, known for its large fuel capacity, succumbed to an explosion stemming from a fuel leak. However, no trace of the Mariner or its crew was ever located.

The event has since become synonymous with the mysteries of the Bermuda Triangle. Speculation continues to this day over the fate of Flight 19, with researchers no closer to an answer than they were seventy-five years ago. It is important to remember, however, that not only is it a perplexing mystery, but also a tremendous tragedy in which twenty-seven airmen were lost.