Along the shores of Lake Shawnee, in Princeton, West Virginia, sits a derelict monument to happier times, forgotten and rusting into the landscape. When Conley Snidow opened the Lake Shawnee Amusement Park in 1926, it is unknown whether he was aware of the tragic and bloody history of the land it sits upon. However, by the time the park closed in 1966, six more deaths would be attributed to the property, continuing the legacy of tragedy that had begun over a hundred and fifty years earlier. 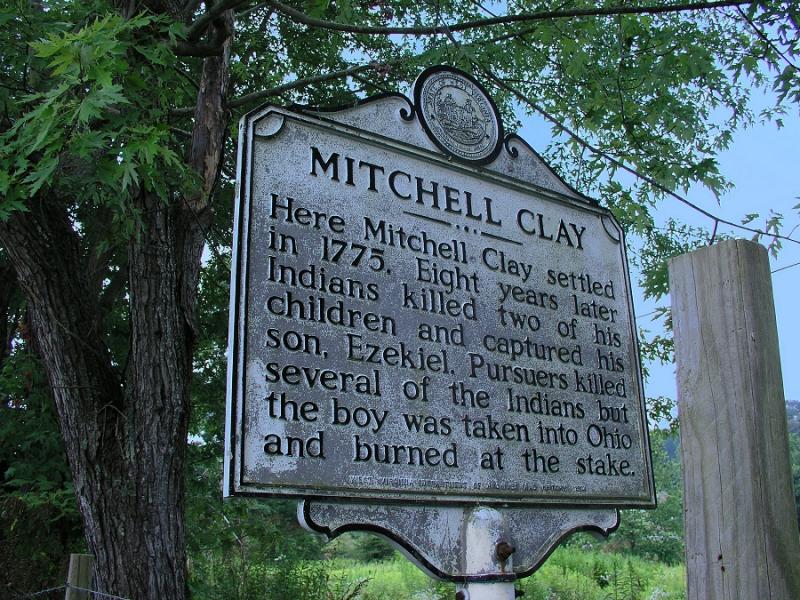 Most rational individuals would consider building their home on an ancient Native American burial ground a bad idea. However, in 1775, that’s exactly what Mitchell Clay and his family did. For a time, things were peaceful, and he had no issues with the Shawnee. Things changed abruptly in 1783 when the Shawnee became hostile. Historians believe it was the expansion of the Clay farm further into sacred lands the sparked the hostilities.  His sons, Bartley, and Ezekiel Clay were building a new fence when the Shawnee attacked. Bartley was struck by a bullet and killed instantly, while Ezekiel was captured. Tabitha, their younger sister suffered horrible stab wounds defending the corpse of Bartley and was also killed. 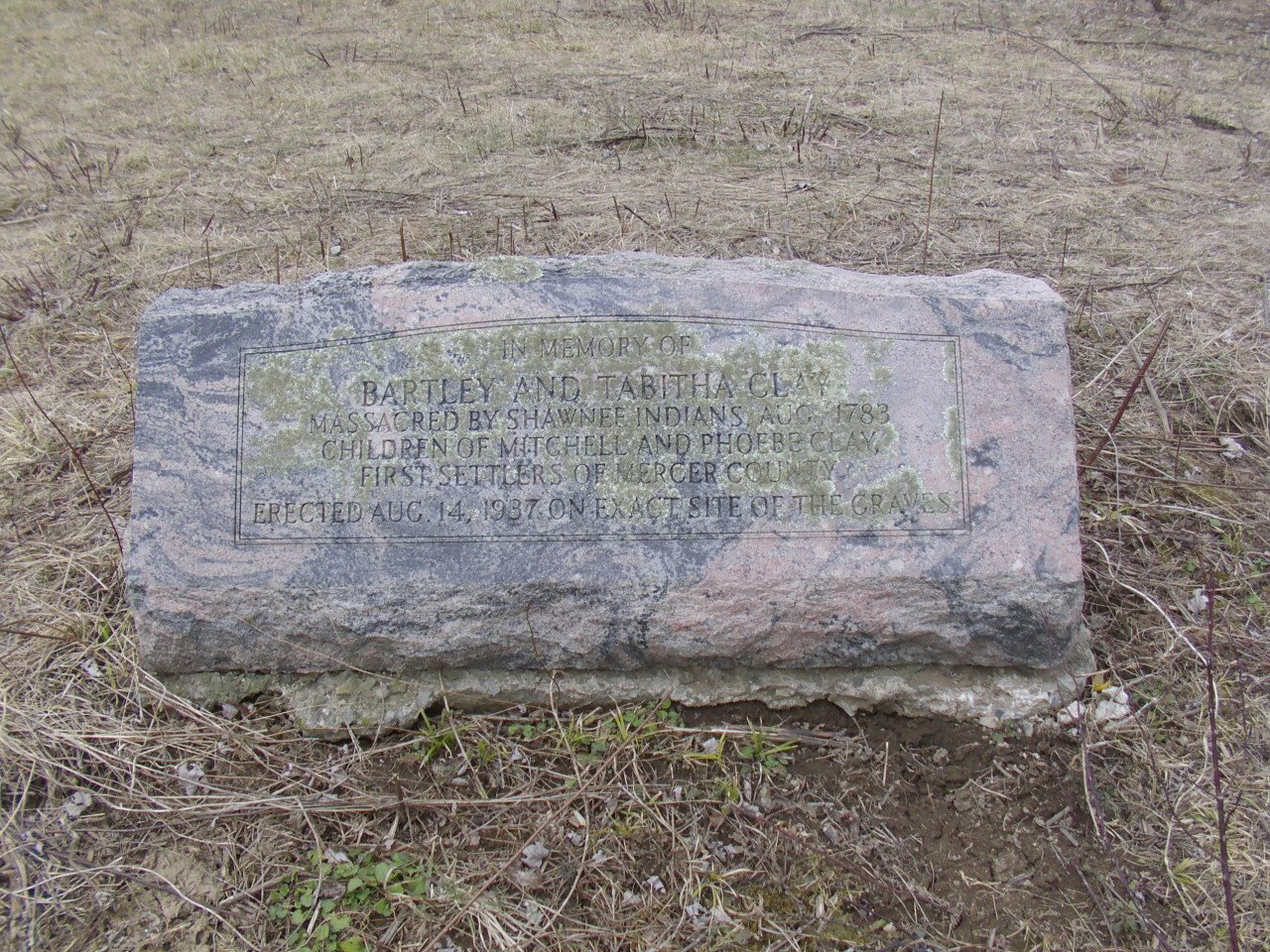 Mitchel Clay was away on a hunting trip at the time, upon returning home he found the remains of his children and immediately sought the help of other settlers. A posse was formed, and they set out after the Shawnee. Sadly, for Clay, he was unable to overtake the raiding party and Ezekiel was burned alive by his captors. Mitchel Clay and his group killed several Shawnee in retaliation, further exacerbating the conflict. Eventually, the property was abandoned, and the surviving family moved to New River, as Phoebe Clay could not bear to stay in the home where her children were killed and buried. 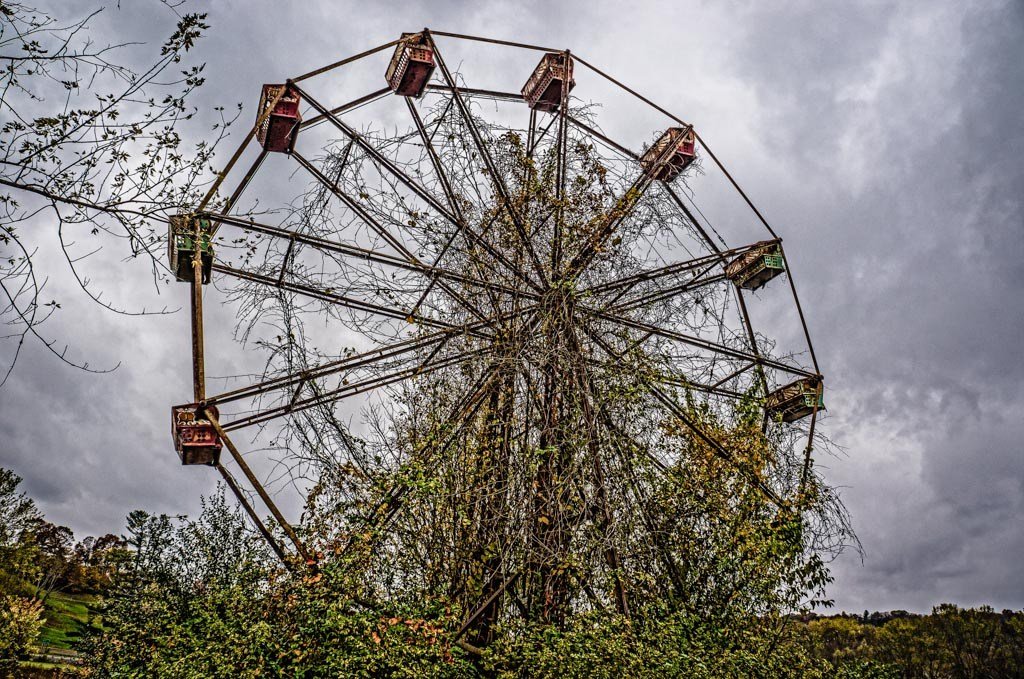 The land rested peacefully for the next hundred years until, in the early 1920s, Conley T. Snidow bought the property and thought it would be a great place to build an amusement park for the families of the local coal miners. While it enjoyed some longevity, remaining open for over forty years, it was not without incident. At least six deaths (likely many more) can be attributed to tragedies in the park. A young boy turned up missing, only to be found floating in the swimming pond. A little girl was struck and killed by a truck that backed into the swing she was riding. Finally, in 1966, the place was mercifully decommissioned.

It was briefly opened again in 1986 by a former employee of the park, but this incarnation was short lived when the bodies of nineteen people, including children, were unearthed on the property, along with many native American artifacts. It is estimated that there are over three thousand interred in the area surrounding the park. The bodies of the Clay family, while originally buried near the farmhouse are reported to have been moved around 1811. 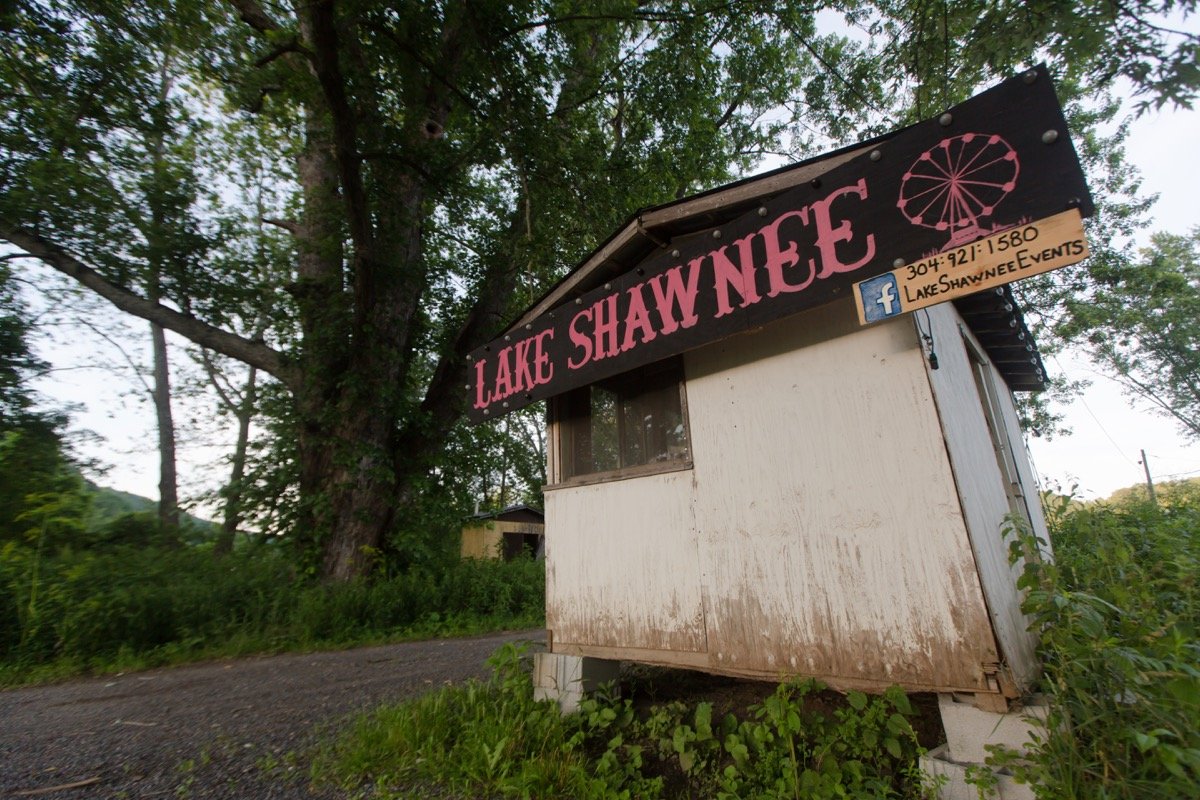 Reports of the paranormal are frequent, ranging from the sounds of drums, chanting, and howling to full bodied apparitions. One common claim is that the swing where the little girl was killed will sway on its own, even as all the others are still. Her ghost is frequently observed wandering the grounds in her bloody blue dress. Once a year, in the days preceding Halloween, the park opens for public tours, generally held at night.