Also known as The Devil’s Bible, the Codex Gigas is the largest medieval illuminated manuscript in the world, measuring 36 x 20 x 9 inches and weighing 165 lbs. The 310 sheets of vellum that the book is written on is reputed to have required the skins of over 160 donkeys. The manuscript dates to the early 1400s and originates from the Benedictine monastery in Podlazice, Czech Republic. Comprised of Latin translations of the Bible and other religious texts, the contents are hardly mysterious. It is the peculiar story of its creation, however, that earns The Devil’s Bible its ominous moniker. 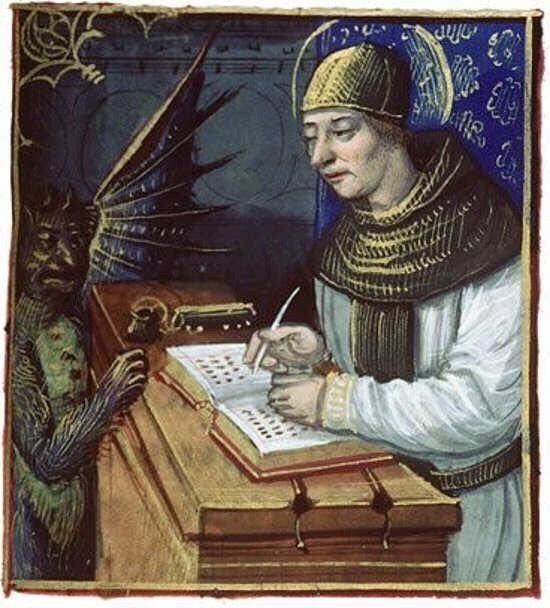 As the legend goes, a monk named Herman the Recluse, broke his monastic vows and, as punishment, was sentenced to be walled up alive inside the monastery. Pleading for his life, Herman promised to create a book in just one night that would bring everlasting glory upon the monastery, a request that was granted by his superiors. It is said that, during the night, the monk did not avail himself to God, but to Lucifer instead. With Satan’s aid, Herman was able to scribe the entire contents, illustrations included, within the allotted time. One of the manuscript’s most disturbing features, a full–page illustration of Satan, was said to have been added by Herman in gratitude for the Devil’s aid. 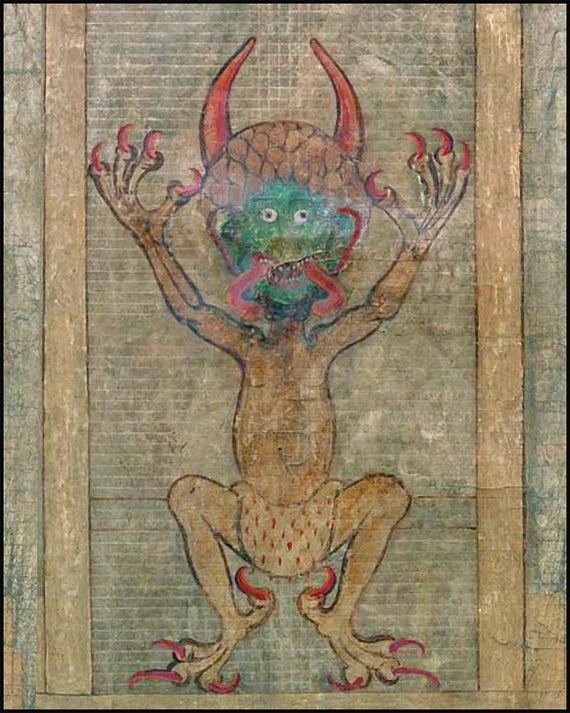 Experts have confirmed that the Codex is the work of a single scribe. Further, it is estimated that it would require twenty years of continuous writing to reproduce the calligraphy, not including the illustrations.