The Vengeful Ghost of Teresita Basa

Did Teresita Basa solve her own murder from beyond the grave?

On February 21, 1977, Teresita Basa worked her normal nursing shift at Chicago’s Edgewater Hospital. She came home, had dinner, and spoke with a friend on the phone at 7:30 p.m. The call lasted about twenty minutes, with Basa cutting it short, citing that she was expecting a male visitor. By 8:40 p.m., Teresita Basa was dead.

It was about this time that her neighbors smelled smoke and alerted the janitor of a possible fire. Upon investigating, the janitor discovered that there was indeed a fire burning in Basa’s apartment. Firefighters were dispatched, reaching the scene in time to prevent the fire from destroying the apartment or spreading to other parts of the building. What they found there was horrifying.

Teresita Basa had been stabbed with a large kitchen knife, the blade found protruding from deep within her chest. She had been stripped naked, covered in a pile of loose clothes, and set on fire. The killer had then thrown the mattress from her bed on top, setting that ablaze as well. Because of Chicago FD’s swift response, the killer’s attempt to destroy evidence was only partially successful, leaving the police with some intriguing clues.

Because the apartment was not destroyed, police were able to determine that it had been thoroughly ransacked and that Basa had struggled by her attacker before her death. The positioning of her nude body appeared to be subterfuge by the murderer, suggesting that Basa had been sexually assaulted when, in fact, she had not. This was proven by the medical examiner and led investigators to believe that her assailant had been trying to confuse the motive for the attack.

While the police believed that robbery was the motive, they were unable to determine what, if anything, had been removed from the apartment. Basa was a friendly but private person, and there were few that knew her intimately enough to provide any meaningful insights for the investigation. One intriguing piece of evidence that survived the fire was a handwritten note by Basa that read, “Get theater tickets for A.S.” Unfortunately, no one with those initials could be identified. 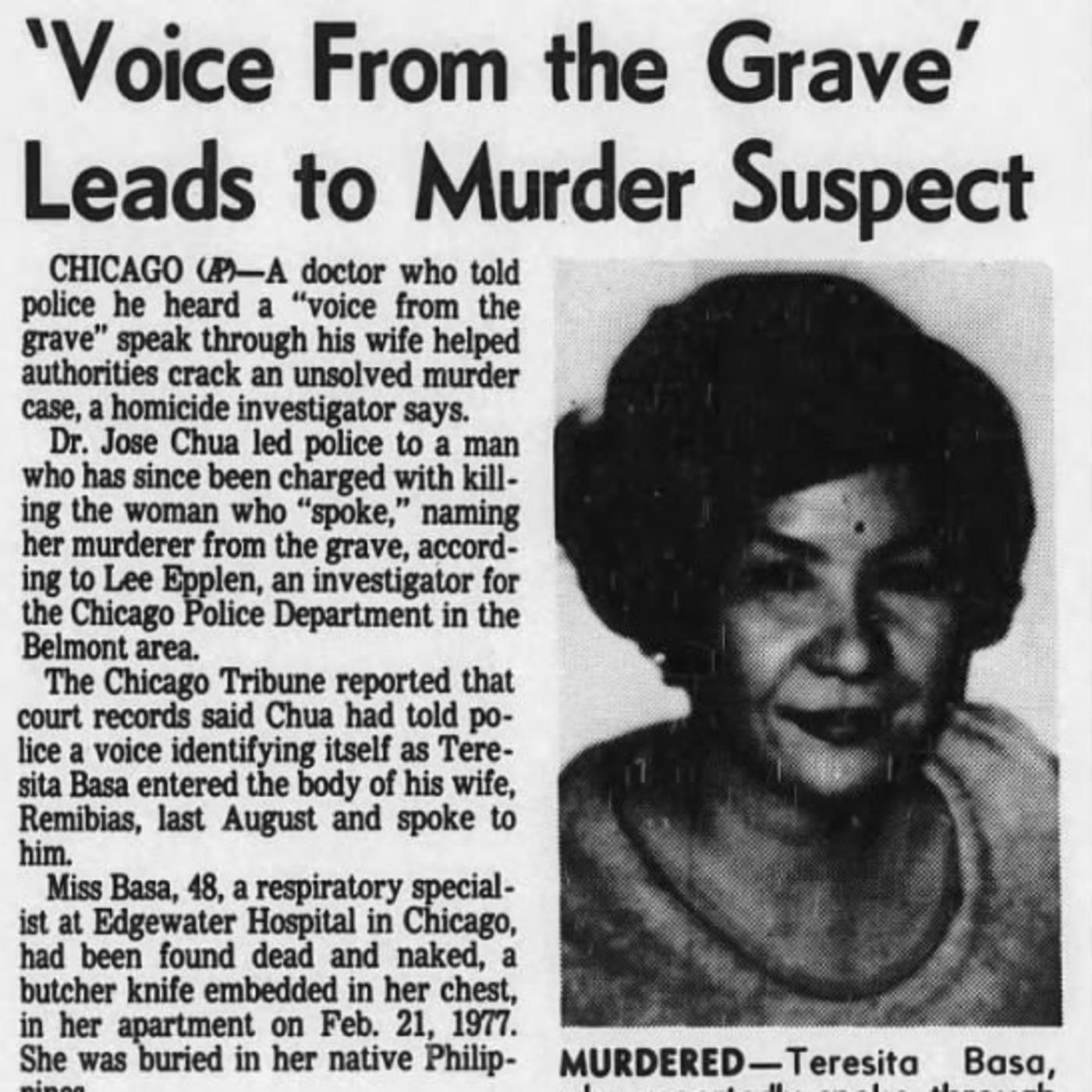 By July of 1977, the case had gone cold. That was until the police got a lead from an unlikely and bizarre informant, Dr. Jose Chua. Dr. Chua sheepishly explained that he believed that his wife, Remibias “Remy” Chua, was being possessed by the spirit of Teresita Basa. Aware of the fantastic nature of his claims, and being a skeptic of the paranormal himself, he apologized for his strange testimony, but insisted that they hear him out.

Dr. Chua explained that his wife, who it should be noted also worked at Edgewater Hospital, had been having terrible dreams about the murdered Basa. Lately, these dreams had evolved into trance like states where Basa allegedly spoke through Remy, describing details about the murder and begging Dr. Chua to contact the police. Dr. Chua was initially skeptical but the episodes became more intense, with the spirit of Basa becoming angry at him for his inaction.

The spirit claimed that a coworker, Allan Showery, had come to her home under the pretense of fixing her television. As soon as Basa turned her back, Showery attacked. She believed that he was upset when she was unable to provide theater tickets for him. When ransacking the apartment only turned up $22 in cash, Showery stole several pieces of jewelry that were family heirlooms, which he gave to his girlfriend. Teresita Basa’s ghost went on to provide the names and contact information for four of her family members that would be able to identify the jewelry.

Naturally, the police were extremely dubious of Dr. Chua’s story. Regardless, they did a background check on Allan Showery and discovered that he did indeed work at Edgewater and lived very near Basa’s apartment. Investigating further, they interviewed several of Showery’s coworkers, discovering that a few of them recalled him mentioning helping Basa with her television. When Showery was brought in for questioning, he initially denied ever going to her apartment, then changed his story, claiming he left immediately because he didn’t have the proper tool to fix the television. 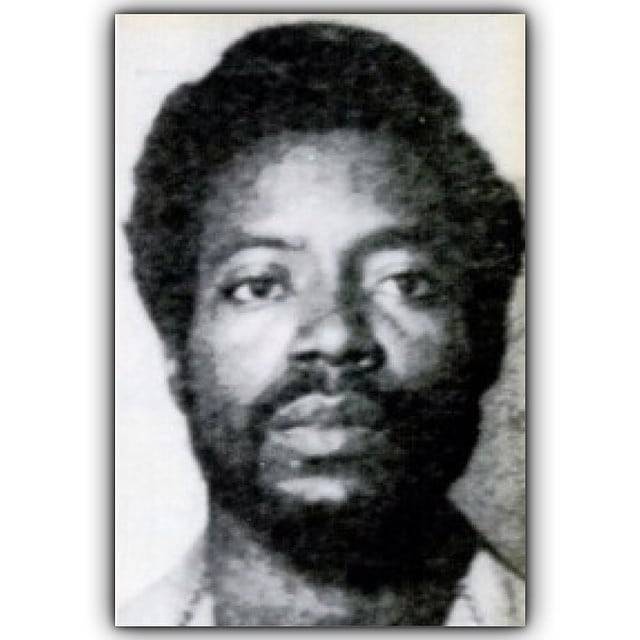 Investigators then interviewed Showery’s girlfriend, Yanka Kamluk, who admitted that he had given her a pendant and a cocktail ring as a late Christmas present. The contact information, allegedly provided by the ghost of Basa, proved legitimate and the jewelry in question was successfully identified as belonging to Teresita Basa.

As his story continued to crumble and the evidence against him mounted, Showery confessed to the murder, claiming he was trying to steal enough money to pay his rent. He admitted to staging the nude body to confuse the police into thinking that rape was the motivation.

By the time the case went to trial in 1979, Showery had another change of heart and recanted his confession. The trial lasted four weeks and ended in a mistrial. Before the case could be re-tried, Showery plead guilty. There are varying opinions regarding his motivation for his change of plea. The defense team claimed it was to gain leniency in his sentencing. Others claim he was visited in prison by the ghost of Teresita Basa, who persuaded him to confess.

The murder of Teresita Basa will always be remembered for its strange, paranormal elements. Skeptics and true believers continue to argue the case decades after the fact. Was Remy Chua really possessed by the spirit of her murdered coworker? Doubters would cite that she knew both the victim and the killer. Further, there was some evidence that Chua and Showery may have had some workplace conflicts, suggesting some kind of personal relationship. Personal enough that she would be privy to the details of a murder? But how would she know the details of the murder or how to contact the specific family members that could identify the stolen jewelry?

We may never know the answers, though one thing is certain; a murderer was held accountable for his crimes.