It was the night of September 29, 1903, when the Visitor came to Van Meter, Iowa. It first appeared as a bright light, shining like a beacon on the roof of the Mather and Gregg building, casting eerie shadows across Main Street. Just after one in the morning, U.G. Griffith, a farm equipment salesman returning home late from work, became the first to encounter the monster. As he slowly approached on the still and silent street, the light suddenly leapt across the street to the roof of another building. Compelled by his curiosity, Griffith followed the light, which promptly vanished. 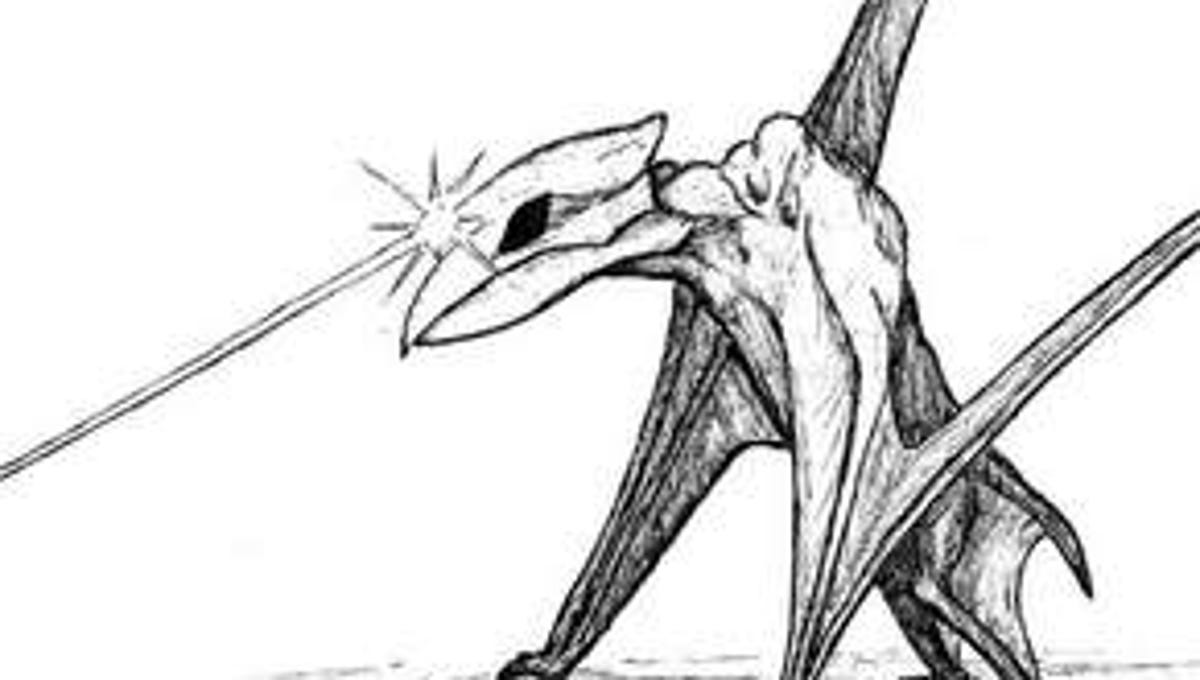 The following night, the Visitor returned. Dr. Alcott, the town doctor, was startled awake by a bright light scanning the room of his apartment in the back of his office on Main Street. Grabbing his pistol, Dr. Alcott went to the window to investigate. There he was confronted by an eight-foot-tall humanoid with bat wings. A blinding light emanated from a short blunt horn on top of its head. Fearing for his life, the doctor unloaded his pistol into the menacing creature, causing it to flee into the night.

The terror continued the night of October first. As the tales of the strange creature circulated, the small town was on edge. Peter Dunn, the local bank manager, believing a hoax was afoot, armed himself and spent the night in his bank on Main Street, hoping to catch the perpetrators in the act. At around one o’clock he heard a strange choking and gurgling outside the bank. When Dunn went to the window, he was blinded by the light. Collecting himself, he fired his weapon, at which point the creature disappeared. 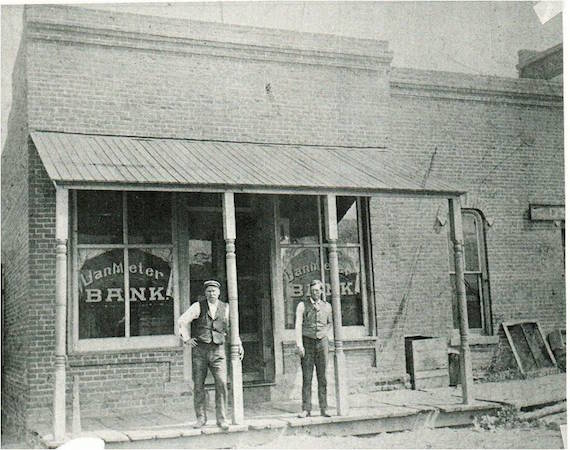 Whatever the monster’s fascination with Main Street, Van Meter was, it was not to be denied its visitations and it returned the next night. O.V. White, proprietor of the town hardware store, was awakened in his room above his shop by a raspy gurgle outside his window. Grabbing his gun, he discovered the creature perched on a telephone pole across the street. He fired several rounds, before being overwhelmed by a brilliant light and noxious odor.

Another merchant, Sidney Gregg, heard White’s shots and came to his front door in time to see the thing perched on the pole. Gregg claimed the creature had a bird like beak, four legs, and bat-like wings. As he watched, the monster tilted its head down and paused as if listening. Just then, the mail train came by, apparently startling the Visitor. Instead of flying away, Gregg reported that it hopped away like a kangaroo, before finally taking flight. 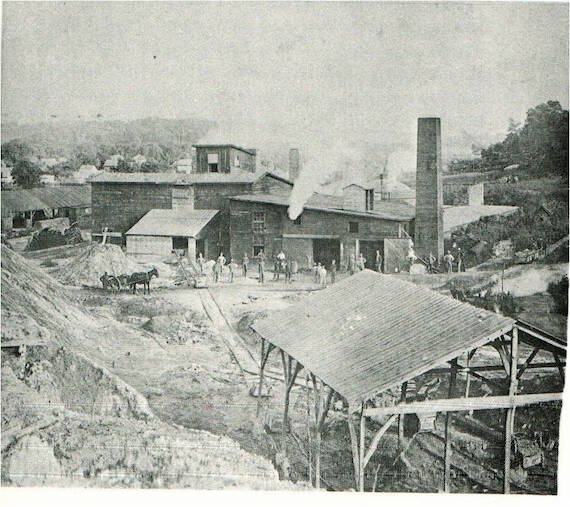 On October third, the matter escalated. Supervisor J.L. Pratt Jr. was summoned by his miners after complaints of fearsome noises coming out of one of the shafts. Pratt described the scene; “as if Satan and a regiment of imps were coming forth for battle.” To his horror, a bat like humanoid emerged from the darkness, blasting him with light from its horn and emitting a horrible stench. Another creature, identical to the first, but smaller accompanied it. The pair of creatures rushed past Pratt and flew away.

Pratt formed an ad hoc militia among the miners who armed themselves and staked out the mine, waiting for the creatures to return. At dawn, the winged monsters appeared and were greeted with a withering barrage of gunfire. Much to the horror and astonishment of the miners, the bullets had no effect on the creatures. The fearsome duo escaped into the mine, vanishing in the darkened depths. Immediately, Prat and his men set to work sealing the entrance of the mine, presumably trapping the creatures. The Visitor and its small companion where never seen again. 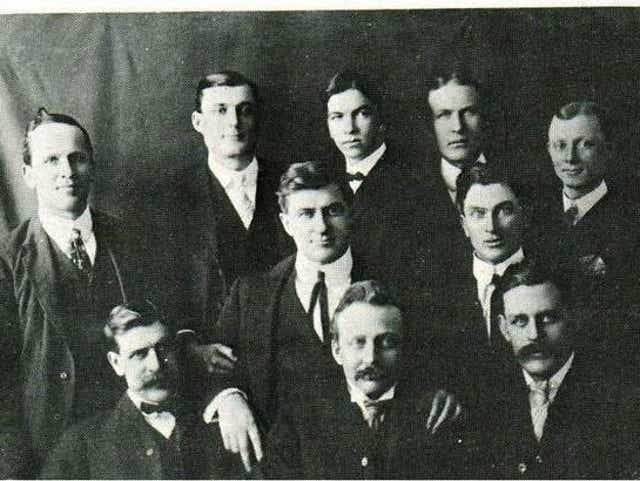 What are we to make of the Van Meter Visitor? The witnesses are comprised of some of the town’s most prominent citizens, their stories are consistent, and the events generally have corroborating support. The accounts are so vivid and descriptive, that it seems incredibly unlikely that it was a case of some misidentified creature, as frequently happens in cryptid sightings. Likewise, a hoax of this magnitude would be near impossible to pull off, unless of course someone had a flying eight-foot bat suit that was both bullet proof and equipped with a massive spotlight.

That leaves only two possible scenarios. The first, and most obvious, is that this small covenant of citizens concocted the whole thing. Why though? Van Meter was a mining town at the time, though their coal mine had recently played out. Could it be they dreamed up the Visitor to attract attention and inject some life into their diminishing community? The story was widely publicized at the time. Or maybe it was all just a joke?

The other, more frightening possibility is that the entire story is true. If so, what exactly visited Van Meter in the fall of 1903? Winged humanoids are not rare in the pantheon of cryptid creatures, but what of its unnatural, blinding light? The mind flounders to find a rational explanation.