The Sorrow of Blanche Monnier

In 1876, Blanche Monnier found true love at the age of twenty-five. By all accounts, she was the happiest she had ever been, eagerly awaiting her wedding day. Yet, even as she planned for the new life ahead of her, fate had darker ideas.

Blanche was born into a bourgeois family in Poitiers, France to Louise and Emile Monnier. Her father Emile was the head of a local arts institution and her brother Marcel was a wealthy and accomplished lawyer. The entire family was extremely active in their community and was well respected. In fact, the family earned the “Committee of Good Works Award”, a distinction bestowed only on citizens that display the highest of virtues. 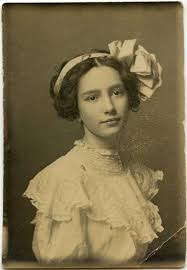 Blanche was known for her exquisite beauty and had attracted numerous prominent suitors over the years. Still unmarried at twenty-five, her parents were eager to find a match, as it was customary for women of their social standing to be married by that age. However, Blanche was not satisfied with any of the men arranged by her family; she had fallen in love with an older man, a lawyer with low social standing and meager means.

Her family was mortified by her decision, particularly her mother Louise. She denounced the union and forbade Blanche from marrying the poor lawyer. Blanche would not be deterred; she had lived long enough under her parent’s oppressive judgement and it was time for her to finally be happy. Ignoring her parent’s threats of social ostracization, she went forward with the wedding. 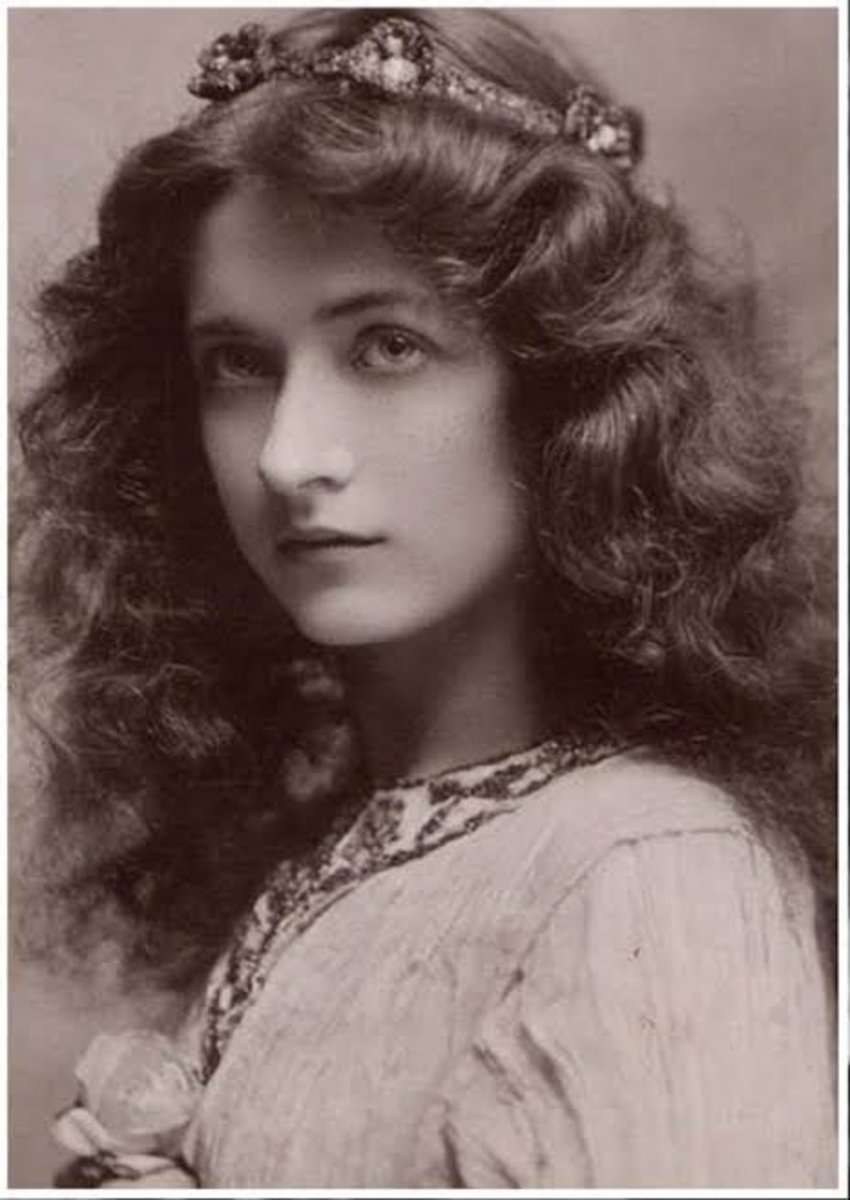 Then, on March 1, on her twenty-sixth birthday, Blanch Monnier vanished. Her friends and fiancé mobilized a massive search effort, beseeching both the press and the police for aid, but to no avail. The Monnier family withdrew to grieve privately, distancing themselves from the search efforts. As time passed and no trace of Blanche was discovered, suspicion began to fall on the family.

Eventually, their story changed, with Louise Monnier claiming that Blanche had died tragically of unspecified causes. Oddly, no body or grave was ever produced as evidence. While their story was incredibly suspicious, their high social status insulated them from any serious investigation. While the rumors persisted, eventually, the story lost momentum and faded from the public eye. Her fiancé died unexpectedly in 1886, and with him the last vestiges of hope for finding Blanche Monnier. The case would go cold for years, until May 23, 1901, when an anonymous letter crossed the desk of the Paris Attorney General. The short note read:

“Monsieur Attorney General: I have the honor to inform you of an exceptionally serious occurrence. I speak of a spinster who is locked up in Madame Monnier’s house, half-starved and living on a putrid litter for the past twenty-five years – in a word, in her own filth.”

Police were dispatched to the Monnier residence and immediately began a thorough search. When the officers encountered a locked attic door, Louise Monnier claimed that she had lost the key long ago. Unsatisfied with her answer, they bashed the door off its hinges. A putrid darkness greeted the men as they fumbled through the dark to the casement window. After ripping off the shutters and drapes, light flooded into the room and the ghastly scene was revealed. 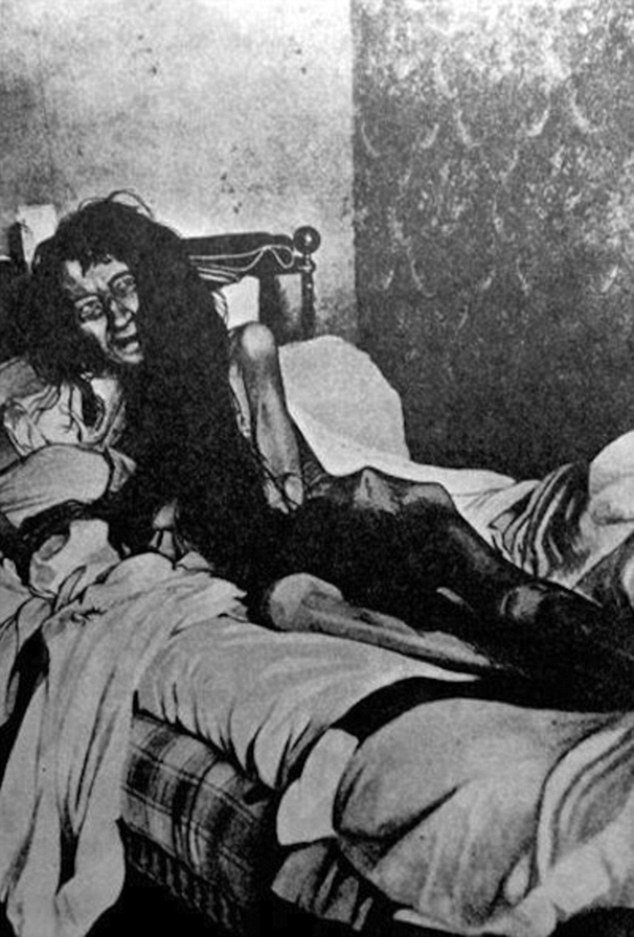 As one policeman described it:

“As soon as light entered the room, we noticed, in the back, lying on a bed, her head and body covered by a repulsively filthy blanket, a woman identified as Mademoiselle Blanche Monnier. The unfortunate woman was lying completely naked on a rotten straw mattress. All around her was formed a sort of crust made from excrement, fragments of meat, vegetables, fish, and rotten bread. We also saw oyster shells and bugs running across Mademoiselle Monnier’s bed.”

Louise and Marcel Monnier were immediately taken into custody. Emile, Blanche’s father had died in 1879. They were put on trial for the atrocities they inflicted on their own flesh and blood. Louise admitted to her guilt, though died mysteriously in jail, fifteen days later, while awaiting trial. Accounts vary as to the cause of her death, but suicide seems the most likely. Blanche’s brother, Marcel, was initially convicted, but later released on appeal, much to the public’s horror. He claimed that his sister was entirely complicit in her captivity by reason of insanity. Stating that only a crazy person would choose to stay imprisoned when all they had to do to be released was renounce the one they loved. As deplorable as his story might have been, Blanche Monnier was not in a condition to contradict him. 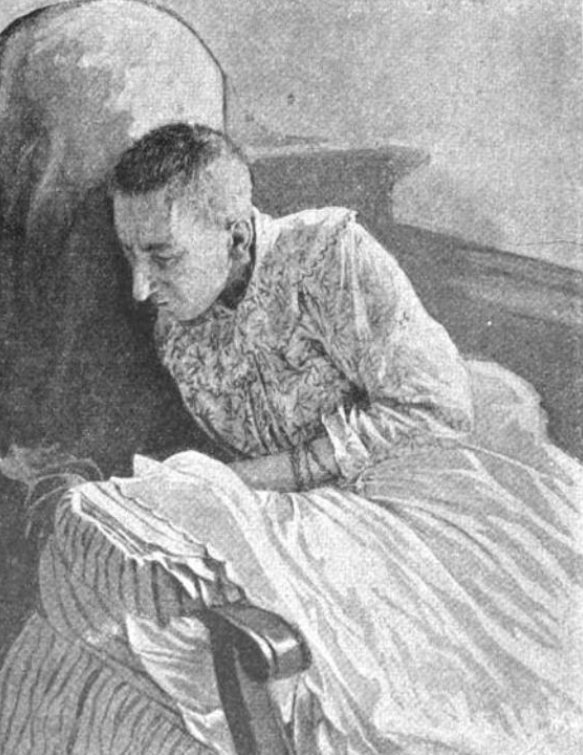 Blanche was now fifty years old and suffering numerous physical and psychological conditions, including anorexia, nervosa, schizophrenia, exhibitionism, and most disturbingly, coprophilia. With all hope of normal life consumed by madness of her twenty-five-year captivity, she was committed to a psychiatric hospital in Blois, where she lived out the remainder of her day. Blanche died in 1913, alone and heartbroken at the age of sixty-four.