Are Vampires real? Regardless of your answer, I will say the mere concept of them can impose a very real and powerful effect on the human psyche. Consider the case of the Highgate Vampire, a bizarre saga in which the human reaction to the plausibility of vampires is almost more fascinating than the creatures themselves. 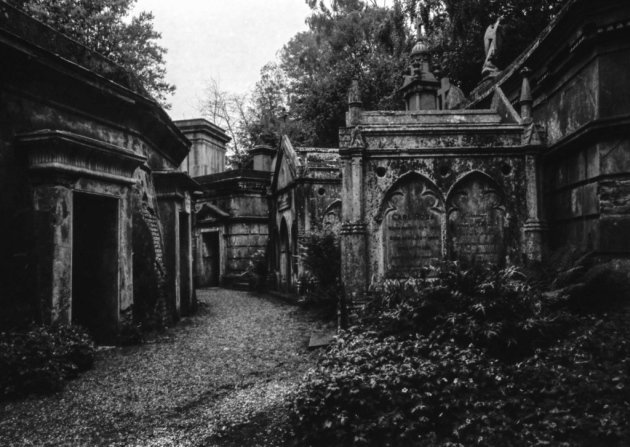 The story unfolds in Highgate Cemetery, one of London’s “Magnificent Seven.” Opened in 1839, this neo-gothic necropolis is the final resting place of some 170,000 souls. Some of its noteworthy residents include Karl Marx, Douglas Adams, and George Michael, among countless other famous internments. Highgate, more so than other comparable cemeteries, has long owned a reputation for hauntings and the paranormal, a fact that would explode in the public imagination during the early 1970’s.

The first reports of exsanguinated animals began late in 1969. At the time Highgate was in a state of neglect, largely overgrown and victimized by vandals. Not long after, reports of an exceptionally tall figure in dated clothing with burning red eyes began to circulate. A host of other paranormal occurrences and ghostly sightings followed, eventually leading to significant coverage in the local media. 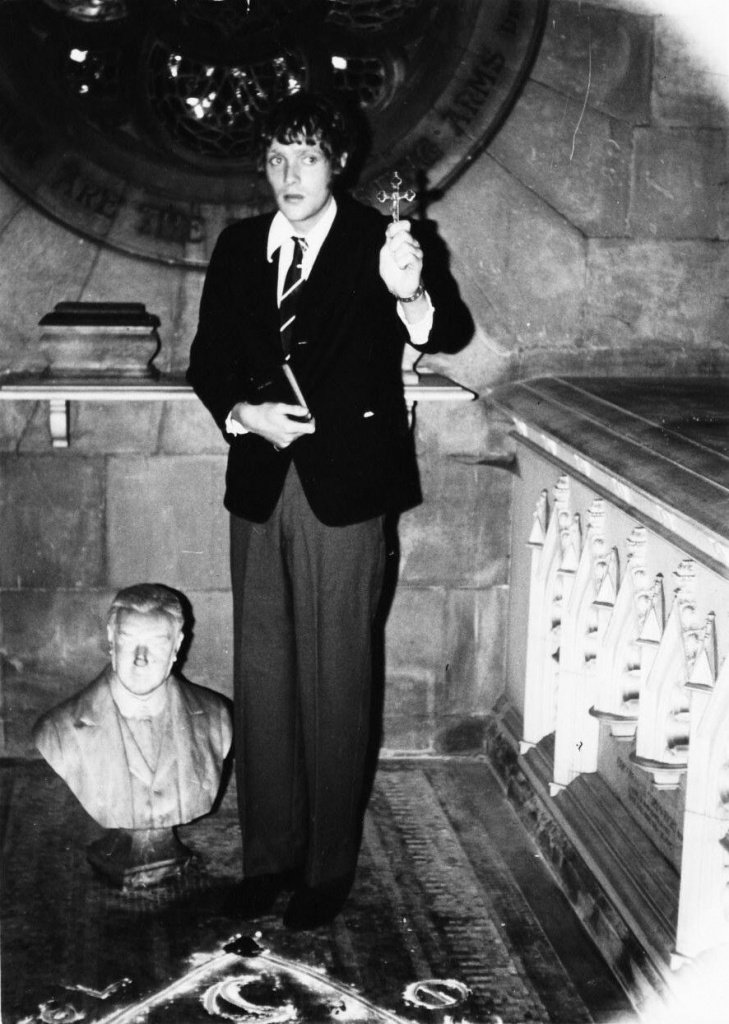 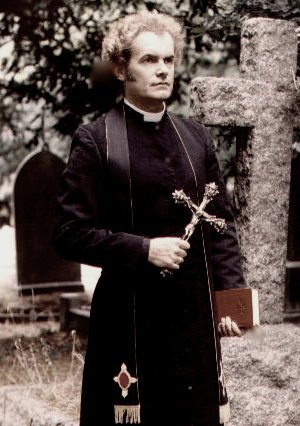 Enter two eccentric paranormal researchers, David Farrant and self-professed “Bishop” Sean Manchester, both convinced that Highgate was home to an insidiously evil vampire. This, however, was the only thing the men agreed on. Each had their own theories and methods for dealing with the alleged vampire and each vehemently criticized the other to the local media as well as their own published accounts. Their debates were fierce, exploding into an already alarmed public, where the talk wasn’t whether or not there was a vampire, but rather how to kill it. 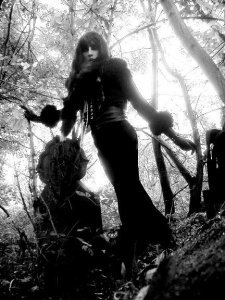 Ad hoc vampire hunters descended on Highgate by the score, much to the frustration of the local police. Tombs were found open and empty, saturated with garlic and holy water. Stakes were found driven through the chests of long dead corpses, heads removed, and other strange desecrations. In one instance, two young girls who were passing by spied the decapitated and burned body of a woman lying in the path. Fortunately, this was not a case of murder as the body had been dead over a hundred years. All the while, Farrant and Manchester feuded. Each describing the spiritual weapons and means they employed as being superior and one-upping the other with their latest vampiric discovery. The extent to which these men contributed to the desecrations is not fully known, though Farrant was arrested on the cemetery grounds. He was carrying stakes, holy water, crucifixes, and other paraphernalia at the time. 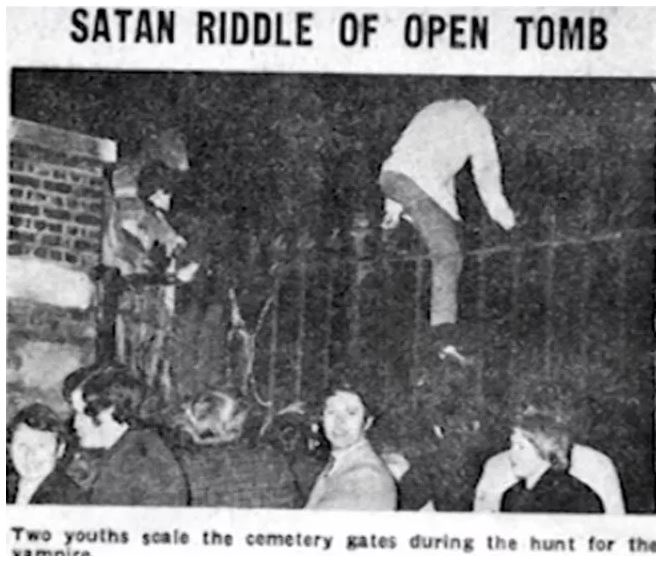 The public fervor peaked in on Friday, March 13, 1970, when a literal mob descended on Highgate causing tens of thousands of pounds in damage. So formidable was this rabble that it overran the police detail sent to prevent the event. The incident would lead to the formation of “The Friends of Highgate,” a community organization that did much to restore the grounds and prevent further vandalism. 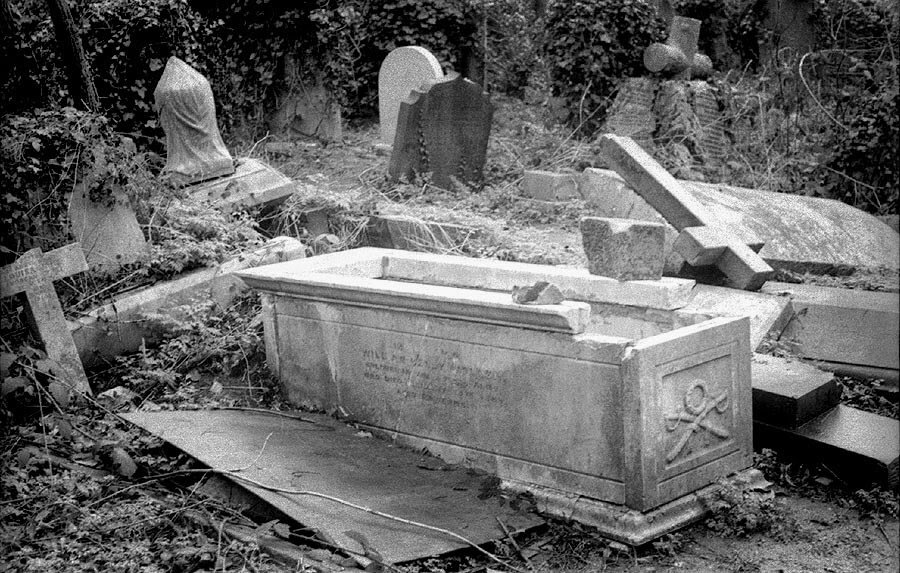 As for Farrant and Manchester, their feud would last for another fifty years, each trying to control the narrative of what happened at Highgate. To them, there was no doubt about the fiend’s existence, though their conclusions as to exactly what that fiend was vary wildly. They both went on to write books on the subject, describing how they eventually vanquished their foe while doing their best to disparage each other. An interesting footnote to their quarrel was their highly publicized “magical duel,” scheduled for April 1973 on Parliament Hill. Unfortunately, cooler wands prevailed, and the “magicians” stood down from the contest.