The Georgia Guidestones and the Radical Christian Right

I was going to write about something entirely different this week. My intent was to continue my foray into secret societies with a piece on Skull and Bones and the possible continuation of the Illuminati into the 20th and 21st centuries. Then something happened.

In the early morning hours of July 6, an explosive device was detonated at the Georgia Guidestones, partially destroying the monument. Later that day, the remainder was unceremoniously demolished with a backhoe. The bombing was praised by Republican Georgia gubernatorial candidate Kandiss Taylor who tweeted, “God is God all by Himself. He can do ANYTHING He wants to do. That includes striking down the Satanic Guidestones.” Recently, Taylor had made removing the Guidestones part of her political platform. 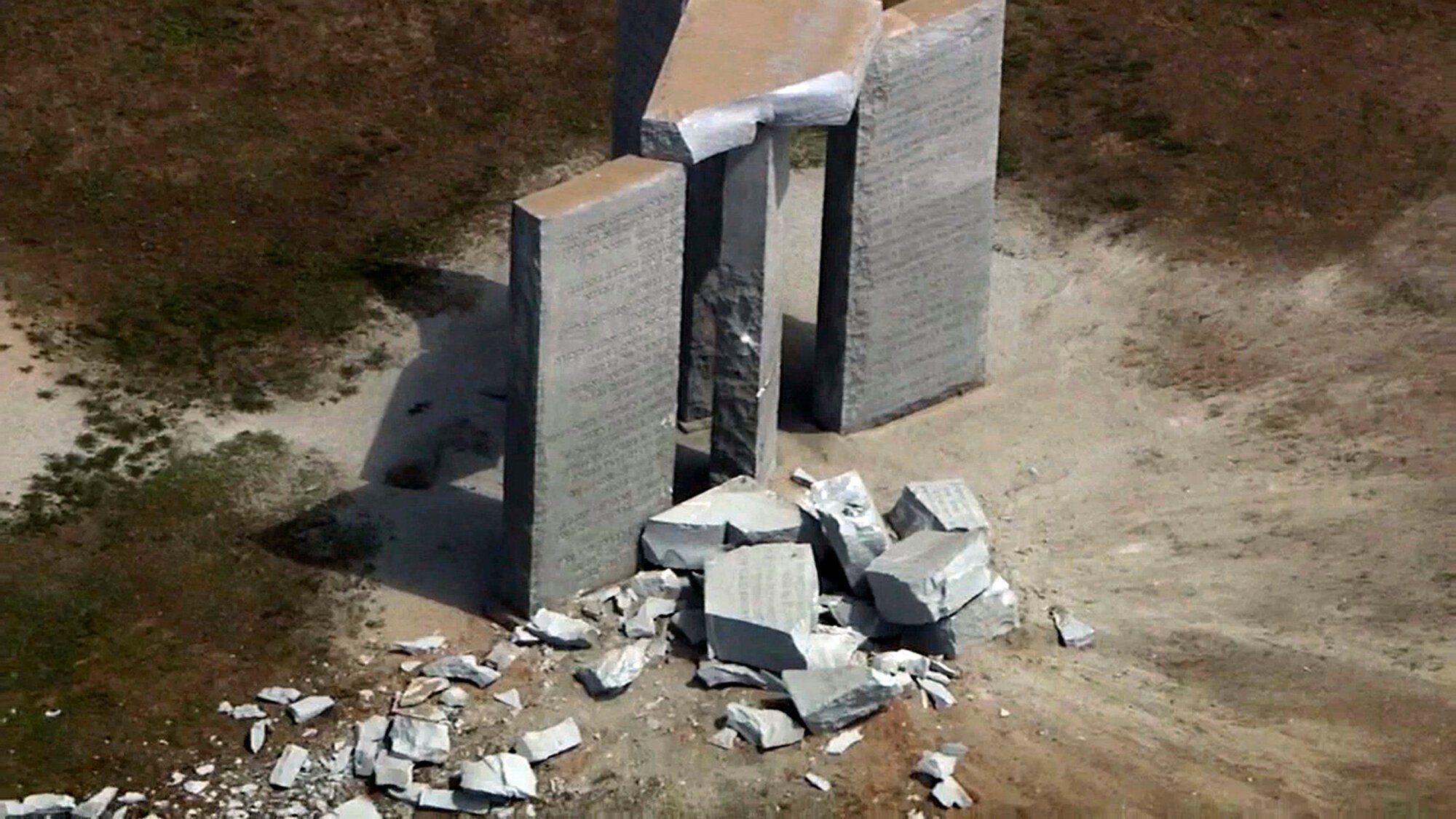 She wasn’t alone in her praise of the act. Conspiracy shit-fountain, Alex Jones, applauded its destruction, though magnanimously condemned the bombing. Representative Marjorie Taylor Greene chalked it up as a battle in a war of good against evil. QAnon faithful chortled with glee over the bombing, believing it to be a great blow against the New World Order and the Global Elite.

So, what is so Satanic about the Guidestones that would cause prominent Republican politicians to endorse a clear act of domestic terrorism? Have the armies of Satan arrived? Are the lizard people rising up from their sex dungeon pizza parlors? Or is this all as moronic as it sounds? Let’s start at the beginning. 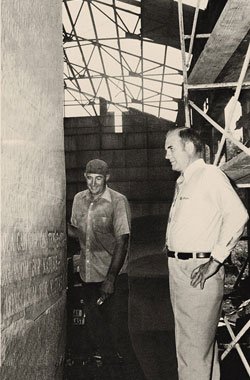 In June of 1979, an anonymous individual with the pseudonym R.C. Christian visited the Elberton Granite Finishing Company. He claimed to represent a small group of “loyal Americans” who wished to remain anonymous. Their objective was to commission a massive granite monument, influenced by Stonehenge, that would have the archeoastronomic features of a calendar, clock, and compass. However, unlike Stonehenge, their monument would have a message.

Initially, Joe Fendley, the Elberton Granite representative, didn’t take Christian seriously and bid the project at several times its value. To his surprise, Christian and his group accepted. A five-acre parcel of land was purchased by the group and the specifications were delivered to Fendley. 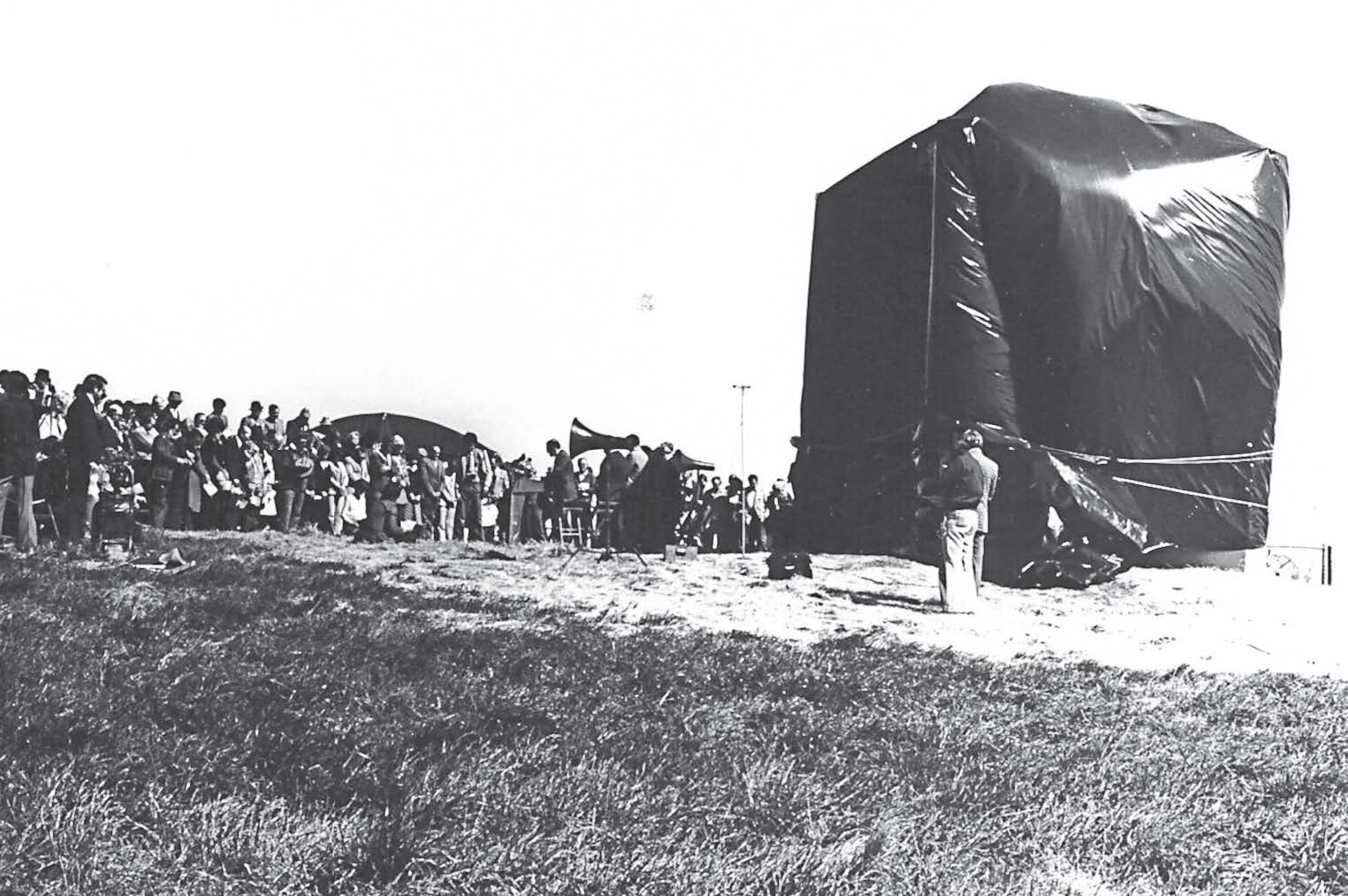 On March 22, 1980, the monument was revealed to the public in a ceremony hosted by Congressman Doug Barnard. The monument stood nineteen feet tall, consisted of four large slabs around a central slab and was topped with a capstone. The four large slabs contained a 10-part message, engraved in eight languages, one on each of the eight slab sides. The message read:

Not exactly a Satanic manifesto. Though, due to its mysterious nature and anonymity of its creators, the monument quickly became fodder for numerous conspiracy theories. It has been tied to the Illuminati, the New World Order, Skull and Bones, the Freemasons, the Rosicrucians, and, of course, Satan among others. But what is so objectional here? 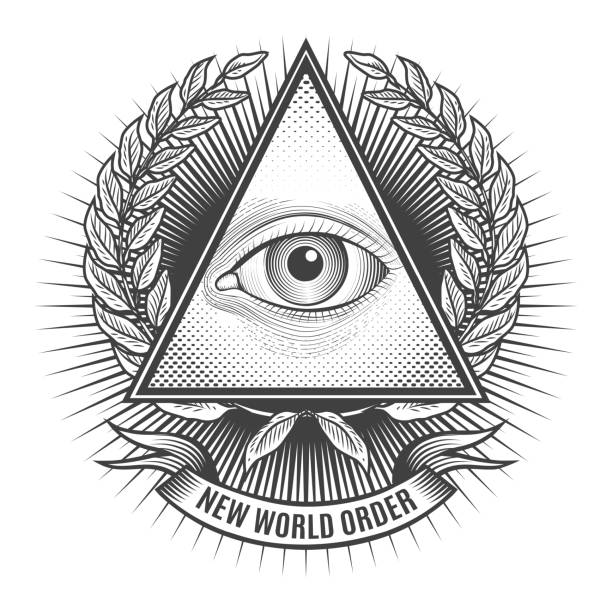 The most prevalent conspiracy theory insists that the monument espouses doctrines of the New World Order. The NWO story is a convoluted one but essentially involves a secret cabal of rich and powerful individuals that are bent on global domination. Among their perceived objectives are depopulation, eugenics, and a one world government. It’s not a new theory and it’s certainly mutated over the years.

In relation to the Guidestones, it’s the first two edicts that garner the most attention, “Maintain humanity under 500,000,000 in perpetual balance with nature” and “Guide reproduction wisely – improving fitness and diversity.”

At the time of the Guidestones creation, the world population was around 4 billion, more than a smidge above the stated population limit. Of course, this has been interpreted as meaning that “they” intend to enact some apocalyptic event that will bring the population in line. Then, through some form of Eugenics, they will replace the survivors with the master race, pass go, and collect $200. 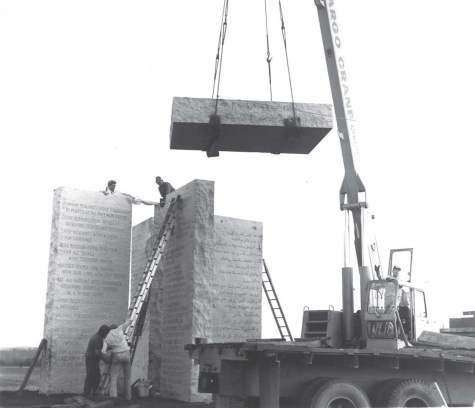 Considering the tone of the other eight decrees, murdering 90% of the world’s population doesn’t really track. That said, the message of the Guidestones does have some dark connotations. The consensus belief is they are meant for a post-apocalyptic world, possibly thousands of years from our present one, offering up advice on rebuilding the world without repeating the mistakes of the past. If the authors of the stones are to be accused of anything, it would be extreme cynicism in believing that our world is doomed. In fairness, can you blame them?

It’s a dark message, sure. I suppose you can brighten it up by considering the Guidestones as an esoteric kind of warning against ecological disaster and our race toward extinction. Considering the ignorance in which the stones have been received, interpreted, and railed against, I think it’s safe to say that Christian and company assumed the end was just a matter of time.

Much of the mistrust and fear of the stones stems from their anonymous creators because… only the Illuminati would do such a thing? The fact is, it is entirely likely that we will never know who erected the Guidestones. Though, I do have some ideas. 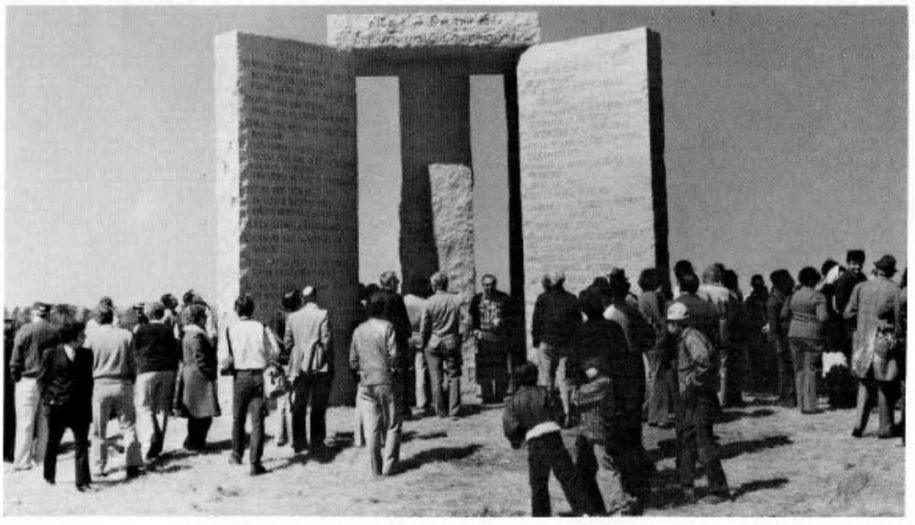 Mr. Christian did leave some clues. Consider the statement, “Balance personal rights with responsibilities.” It’s a phrase that fits well with basic Masonic philosophy. Further, almost everything involving the monument was sourced locally, suggesting a familiarity with the region. For example, Elberton is known as the “granite capital of the world” making it an ideal source for 19-foot-tall slabs of stone. The location of the monument is at the highest position above sea level where the archeoastronomy features are feasible. Also, the translations, totaling seven languages besides English, were all sought out from local universities and, in one case, the consulate of Pakistan in Atlanta. My argument being if it was the New World Order, they would have been a bit more “worldly” and had that information dialed in previous to commissioning the monument and may have selected a spot more conspicuous than rural Georgia. Finally, the individual R.C. Christian was known to at least one individual, a local banker, who remained in contact with him enough to know that he has since passed on. This banker is sworn to secrecy and has yet to break that oath.

Therefore, in summary, if I were to warrant a guess on who built the Guidestones, I would look to the local Freemason lodges, probably a smaller one with affluent members. 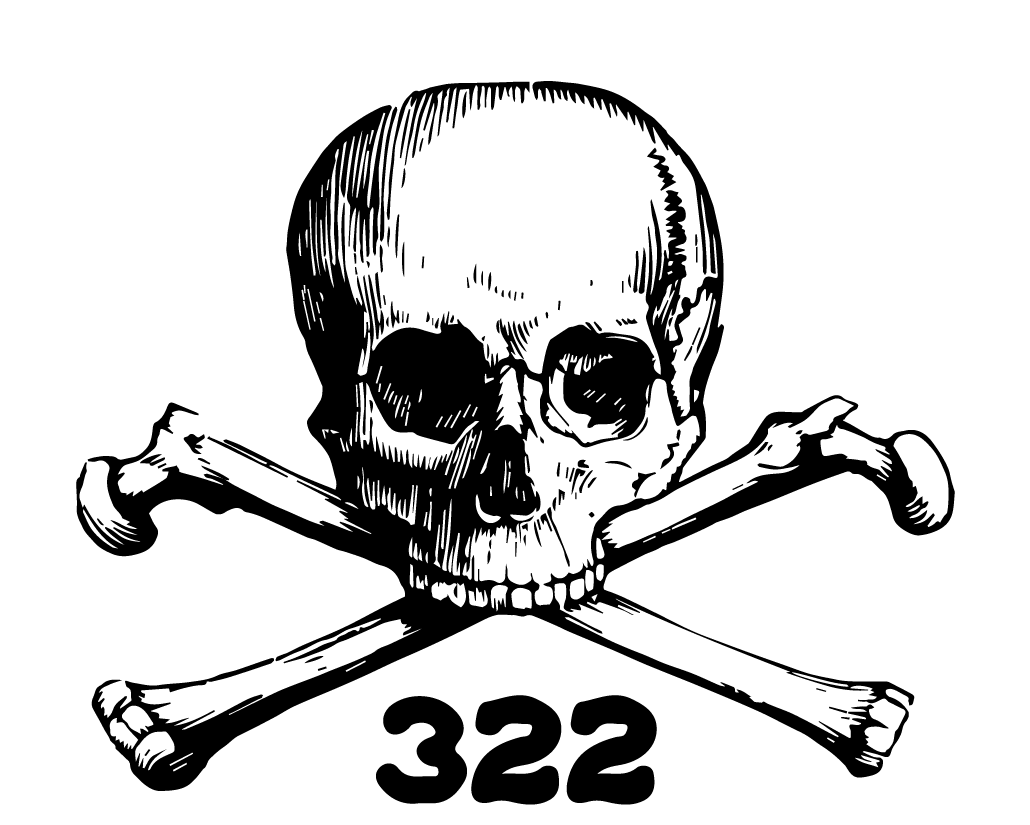 Conversely, another theory in Satan’s camp, is that the NWO manifesto was installed by Yale’s infamous Order of the Skull and Bones. The date of the dedication ceremony, March 22, or 322, is an important number to Bonesmen, featured prominently on the group’s logo. To that end, the date of its destruction, July 6, is not entirely without meaning, as it happens to be George W. Bush’s birthday. The Bush family having famous ties to both the NWO conspiracy and Skull and Bones. Again, this theory doesn’t make a lot of sense, unless you catastrophically misinterpret the first two decrees of the Guidestones and ignore the other eight. Also, it just doesn’t fit their MO.

What does fit is what my Dark Distraction was supposed to be about this week, how elements of the Illuminati could have survived into the modern world. Spoiler alert, they didn’t survive, but the legacy of their methodology did. In short, the Illuminati had no doctrine of their own, they coopted it from Freemasonry, infiltrating lodges and making them their own. Then they recruited from the wealthy and political elite, blowing intellectual sunshine up their asses. Their goal was to game the system from the inside. It was a good strategy but, ultimately, it didn’t work out.

Well, it’s happening again, right out in the open. When a legitimate gubernatorial candidate is praising a literal act of domestic terrorism as a win against Satan, we have some pretty obvious fucking problems in this country. Christianity has been coopted and weaponized by a political agenda and this is just one ridiculous example of it. One day, maybe, I’ll have the energy to do a thorough debunk of Q and the other rightwing conspiracies, but it pains my soul to think it would even be necessary. In fact, all of this would be funny if not for the real-world danger this  stupidity represents. End Rant.