The Final Days of Chuck Morgan

On March 22, 1977, 39-year-old escrow agent Charles Morgan, of Tucson, Arizona, dropped his daughters off at school, drove to work, then vanished from the face of the earth. Morgan’s bizarre disappearance began a series of events that would rank among the strangest crime conspiracies in American History.

It was after 2 a.m., three days after his disappearance, that Charles Morgan returned home, wild eyed and consumed with terror. He was in rough shape, bruised, and still wearing the remnants of zip-tie restraints on his wrists and ankles. Despite his wife Ruth’s urgent pleas for an explanation, Morgan refused to talk, pointing repeatedly at his throat. She brought him a pen and pad and he began to relate his story.

Morgan claimed that his throat had been coated with a hallucinogenic poison that could possibly kill him, or cause permanent madness, if he spoke. He had been kidnapped, tortured, and tied to a chair, from which he had only recently escaped. Before he would explain any further, he demanded that she move his car from the driveway to behind the house, as they would be looking for him.

When Ruth suggested that they call the police, he emphatically urged her not to, writing that it would be a death sentence for them and their four daughters. He went on to explain that he had been working undercover for the past two years with the Treasury Department and that “they” had found out and taken his credentials.

Over the next few days, as he recovered and life returned to semi-normalcy, Morgan was reluctant to give his wife anymore details about the trouble he was in, saying the less she knew, the safer her and the family would be. He assured her that if anything happened to him, a letter detailing everything and the persons responsible had been left with his father and would be released to the press.

Two months later, Charles Morgan vanished again. Days passed with Ruth too afraid to contact the police, fearing for her family. Day followed day with no sign of her husband until the phone rang in the middle of the night. 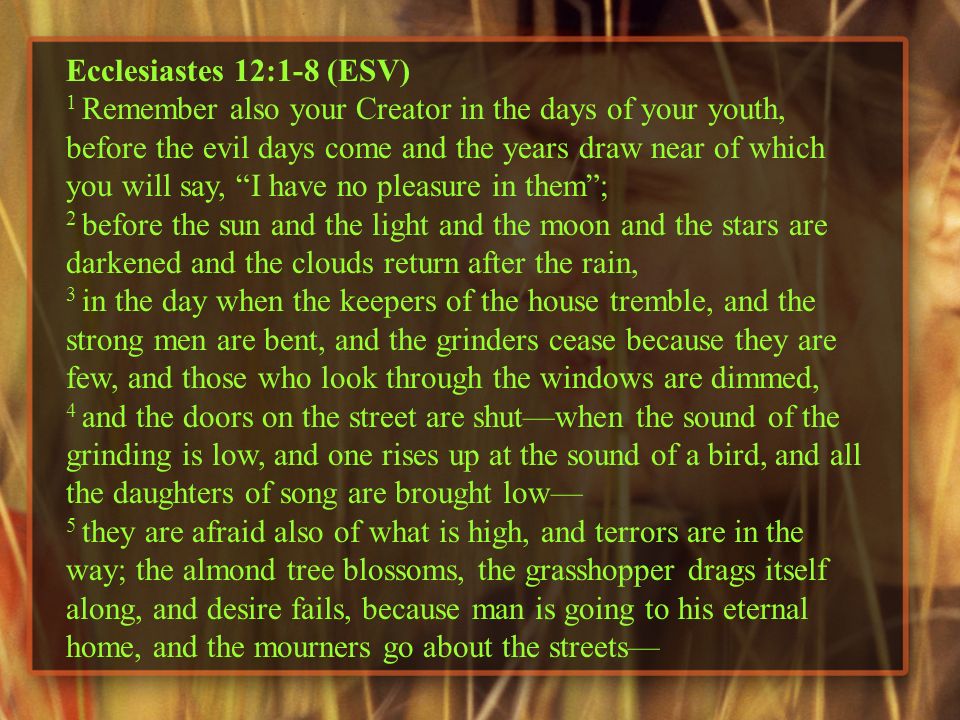 “Ruthie, Chuck’s all right. Ecclesiastes 12:1-8,” the strange woman said before hanging up.

Two days later, on June 18, 1977, Charles C. Morgan was found dead forty miles west of Tucson, laying near his car. He had been shot in the back of the head with his own .357 magnum. The medical examiner estimated that he had been dead about twelve hours. The Pima County Sheriff’s Department was quick to classify the death as a suicide, despite an abundance of strange and contradictory evidence.

There were no fingerprints found on the gun, though some gunfire residue was reported on the victim’s left hand. Morgan was righthanded and the angle of the shot would have made it extremely difficult, if not impossible, for the wound to be self-inflicted. He was found wearing a bulletproof vest, generally not the choice attire for those considering suicide. Additionally, his belt buckle concealed a hidden knife.

His Mercury Cougar had been modified with a secret switch inside the fender that unlocked the doors. His tooth was found in the back seat, wrapped in a handkerchief, near a pair of sunglasses that did not belong to him. The car also contained a variety of weapons and ammunition, further bolstering the reports of Morgan’s recent paranoia. 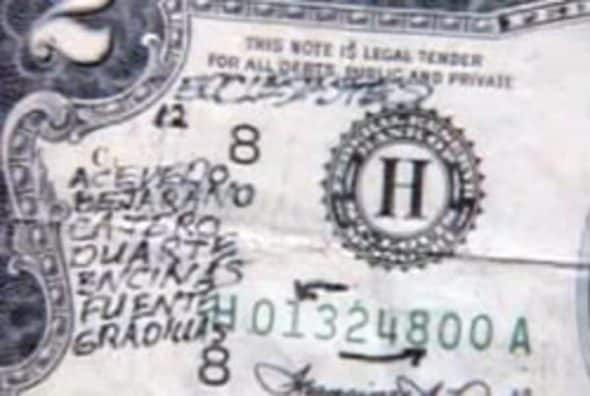 Without doubt, the strangest piece of evidence was a two-dollar bill pinned to his underwear. It was marked with a map of the border, listing several small Mexican towns notorious for smuggling. “Ecclesiastes 12” was scrawled on the bill, and arrows pointed to the numbers 1 and 8 in the serial number. There was also a list of Mexican sur names listed alphabetically from A to G. On the picture depicting the signing of the Declaration of Independence, the founding fathers are circled and numbered 1 through 7. Considering the ensemble of cryptic clues and strange evidence, it is a safe bet that Charles Morgan didn’t shoot himself in the back of the head.

A few days later, a woman calling herself “Green Eyes” contacted the Sheriff’s Department, admitting to being the same person who contacted Ruth Morgan with the Bible verse. She claimed that she had been with Morgan a few days before he was killed, explaining that he was hiding from a hitman while he tried to gather enough money to buy out the contract on his life. According to Green Eyes, Chuck had gotten in over his head laundering money with some dangerous people.

Not long after this, Ruth was visited late one night by a pair of men claiming to be FBI agents. They briefly flashed their badges before barging into her home and turning it inside out. Whether or not they were actually FBI agents, or if they found what they were searching for, is unknown. The letter that Charles Morgan had allegedly drafted and given to his father never materialized and the case remained closed as a suicide. 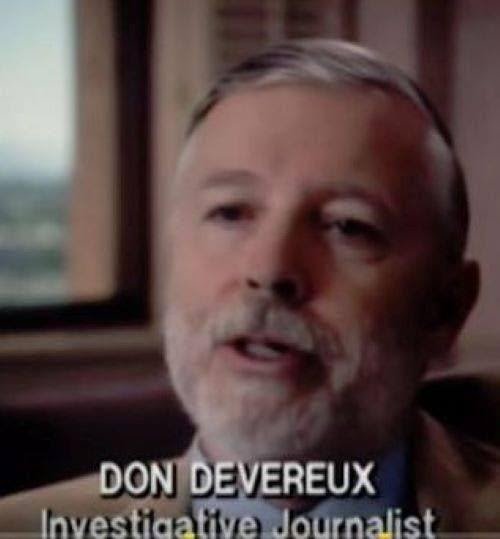 As it would have stayed if it hadn’t been for television’s Unsolved Mysteries, which aired a segment on the case in February of 1990. The episode generated a flood of new tips and information about the case, inspiring one of their journalists, Don Devereux, to investigate further.

Devereux discovered significant evidence that Morgan had indeed been involved in laundering huge sums of money linked to the Bonanno crime family. Furthermore, between 1973 and his death in 1977, he had also facilitated the transfer of hundreds of millions in gold and platinum. Much of these activities were made possible by fraudulent land deals that took advantage of the legality of blind trusts in which buyers and sellers could remain anonymous. Possibly supporting his claim of working for the Treasury Department, he was also called to testify in a Federal case against a now closed bank during the same time period.

As the evidence mounted, Devereux uncovered a rapidly expanding network of players with connections to the case. Beyond the mob, there was the local sheriff’s department, the FBI, the Treasury Department, exiled Vietnamese government officials, and even rogue CIA operatives. While the connections were not entirely clear, the scope was massive. 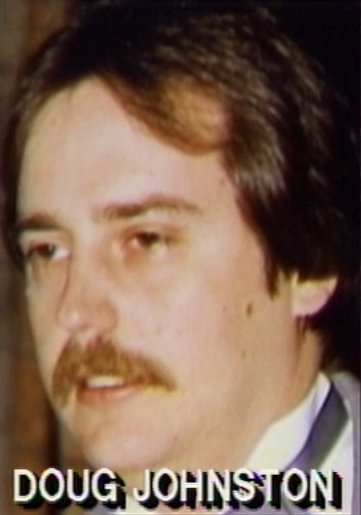 His investigation took an ominous turn on May 14, 1990 with the death of graphic designer Doug Johnson. Johnson left for work that morning and was found slumped over the front seat of his car in his company’s parking lot an hour later. He had been shot behind the left ear with a .25 caliber bullet. A single bullet casing, but no gun, was found at the scene. Though the medical examiner determined that the bullet was fired from more than twelve inches away from his head, on the left side while the victim was righthanded, Johnson’s death was declared a suicide.

The incident didn’t immediately concern Devereux until he received a phone call from a fellow journalist who had sources in the intelligence community. He conveyed to Devereux that Johnson’s death had been a botched hit attempt and that Devereux himself had been the original target. Further, there was still an open contract on him. Interestingly, Devereux and Johnson drove nearly identical vehicles and the murder scene was across the street from Devereux’s home. 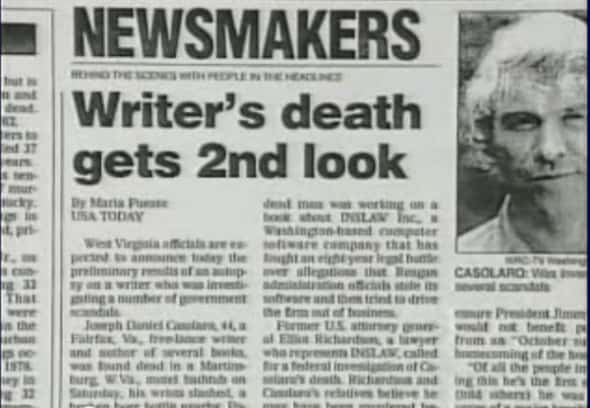 Devereux, so far has avoided the assassin’s bullet, though in a strange footnote, a year after Johnson’s death, Devereux claims he was contacted by another journalist, Danny Casolaro. Casolaro was working on exposing a massive government conspiracy that he called “The Octopus”. Allegedly, he believed that his case and the Charles Morgan case were connected. Before Devereux could meet with him, Casolaro was found dead in the bathtub of his hotel room with eighteen razor blade inflicted gashes in his wrist. His death was also ruled a suicide.

Whether Charles C. Morgan was an unsung hero of the Treasury department or an unlucky grifter that got in over his head with the wrong people, we may never know. In fact, if Mr. Devereux is any example, it may be best that we don’t. However, the threads remain, waiting to be unraveled for those brave enough to examine the evidence and dissect the clues.