Dr. Charles Scudder was many things, an artist, musician, professor of pharmacology, and a practicing member of the Church of Satan. He also had a flair for the dramatic. Shortly after his fiftieth birthday in 1977, he announced his retirement from Loyola University, sold most of his worldly possessions, and absconded into the north Georgia wilderness with 12,000 hits of LSD to build a castle. 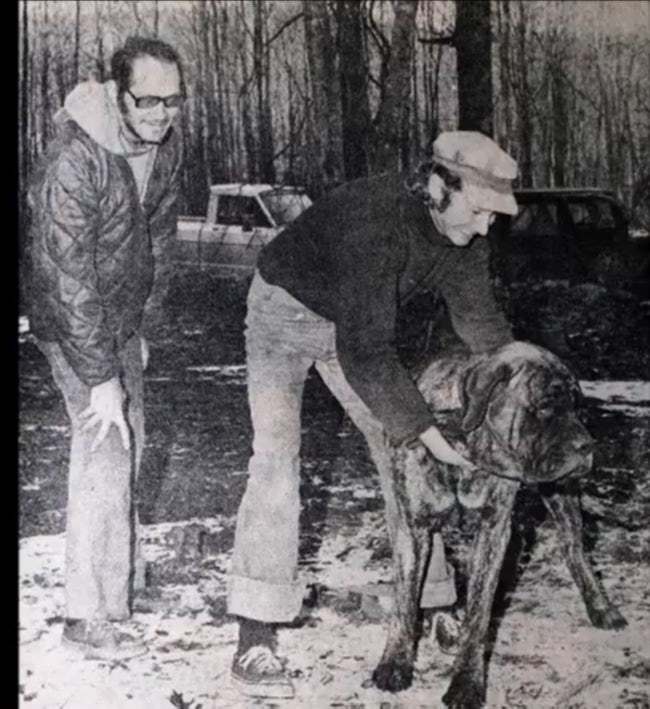 It was called Corpsewood Manor, named after the bleak and baren trees that grew on his forty-acre parcel of land. Together with his lover, Joseph Odom, they constructed the brick monstrosity in just under two years. When they had completed the main structure, they built a three story “chicken house”. The first floor was indeed a home for chickens; however, the second floor was a repository for their pornography collection, and the third floor, known as the “Pink Room”, was reserved for entertaining. 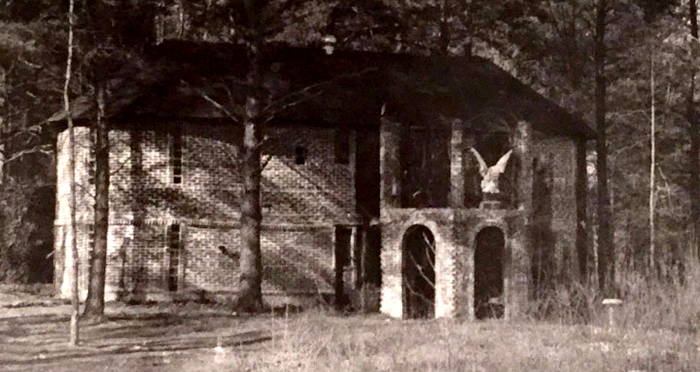 Scudder had become disenchanted with the modern world, loathing its structure, dependencies, and politics. He wanted independence and privacy, where he could live off the grid without bills and provide for himself. There was no electric service, telephone, or sewer on the property. He dug his own well and grew much of his own food. He wanted for very little and for a time, he, Joey, and their two English Mastiffs, lived in their own private paradise. 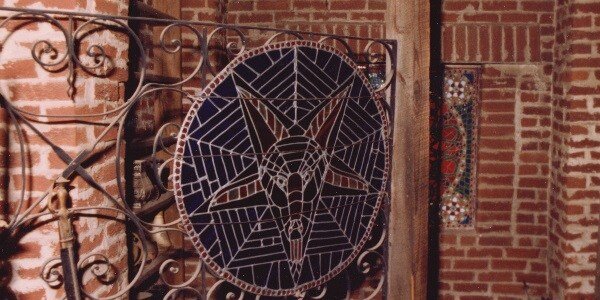 Scudder and Odom were very open about their sexuality and affiliation with Satanism. Their dogs were named after demons (Beelzebub and Arsinath) and their home was adorned with Satanic imagery, including a stained-glass relief of Baphomet, hand made by Scudder. It should be noted that Scudder and Odom were followers of the Church of Satan, founded by Anton Levey, which is strictly atheist and does not worship any entity, Satan or otherwise. Regardless of these eccentricities, the couple was accepted by the nearby communities and had no conflicts with their neighbors.

In 1982, 17-year-old Kenneth Brock wandered in to Corpsewood while hunting. Scudder and Odom extended their hospitality, and they became friends. Brock became a regular visitor of the Pink Room in Scudders chicken coop. Fueled by homemade wine and LSD, their encounters frequently turned sexual. It is uncertain if Brock was coerced by Scudder, only that the parties continued for some time, with Brock eventually inviting his roommate to join the activities. 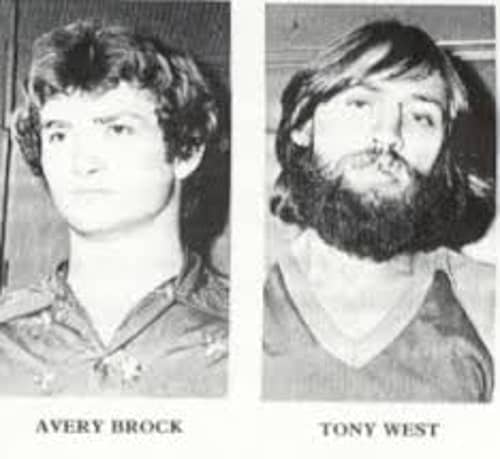 Brock’s Roommate, 30-year-old Tony West, was extremely averse to homosexuality and categorically refused to participate in that aspect of the parties, though he still attended. West suffered from deep psychological wounds, likely stemming from a tragic childhood accident where he had killed his young cousin while playing with a loaded gun. By all accounts, he was a deeply unsettled individual, prone to violence.

West convinced Brock that Scudder was taking advantage of him and presented a plan to get even. One popular rumor in the county was that Scudder and Odom were extremely wealthy and that their castle was filled with riches. Tony West believed that this rumor was true and on the night of December 12, 1982, he and Brock put their plan in motion. 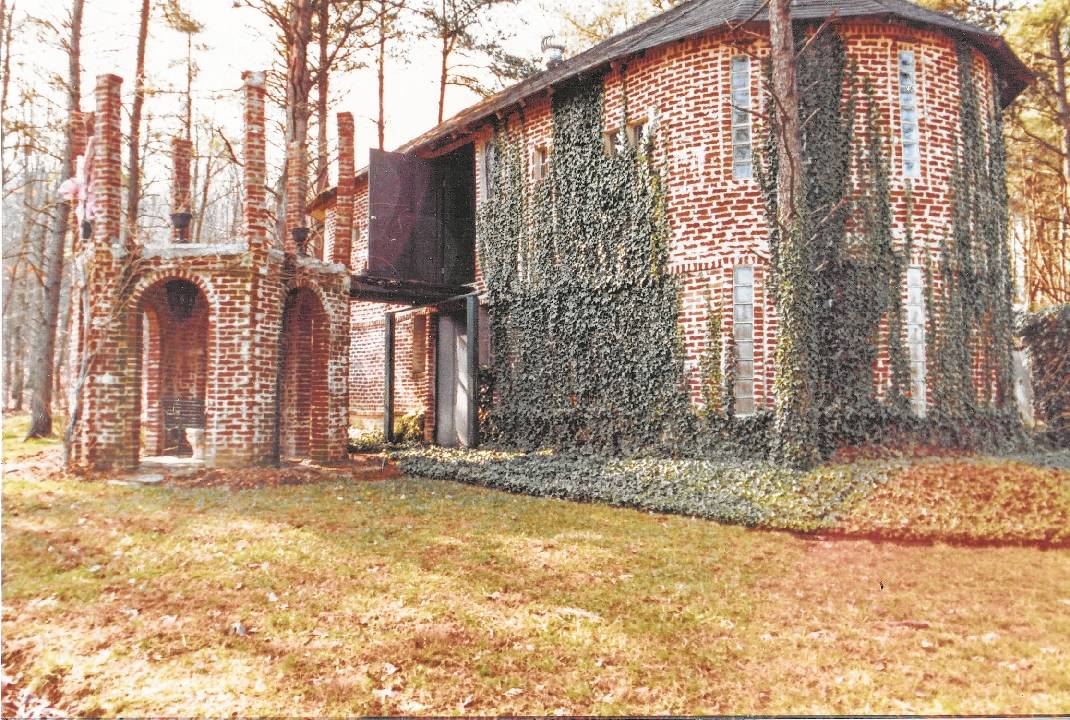 Joining West and Brock were Brock’s friends Joey Wells and Teresa Hudgins who came along for the ride, though they had no clue what West had in store. The evening began like any other party in the Pink Room, with the guests enjoying their preferred recreational substance. In this case, they were huffing paint thinner and varnish fumes, supplemented by Scudder’s wine.

While the party moved along, West got up and excused himself. He then retrieved a rifle from his car and went to the main house, which was off limits to all party guests. He entered the house, killed both English Mastiffs, then shot and killed Scudder’s partner, Joey Odom. 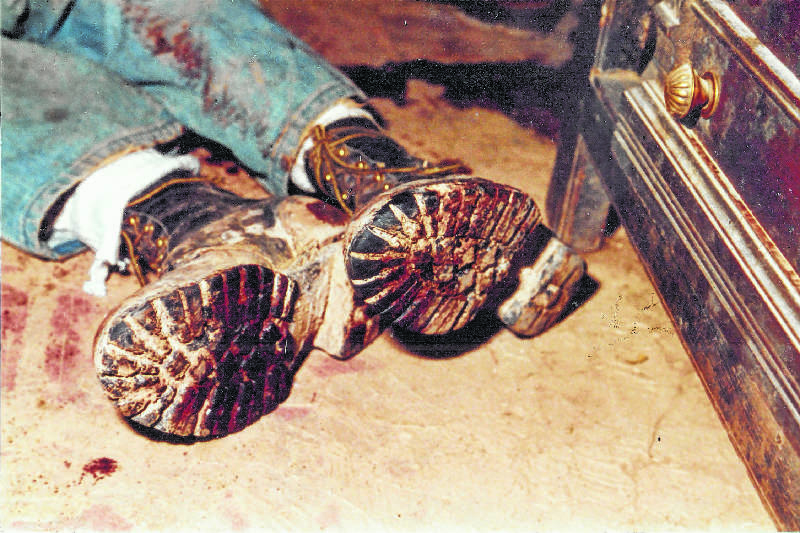 He then returned to the Pink Room and forced Scudder out at gun point, dragging him to the main house. After showing him the dead bodies of Odom and their dogs, he tied Scudder up and began torturing him, demanding he hand over his riches. It soon became evident that there was no treasure to be had. West shot Scudder five times in the head at point blank range, then proceeded to loot the house for whatever he could.

Brock and West fled to Mississippi, where they killed another man in a robbery gone bad. Feeling remorseful, Brock returned to Georgia and surrendered to police on December 20. West would remain on the run for another five days, turning himself in on Christmas day in Tennessee. 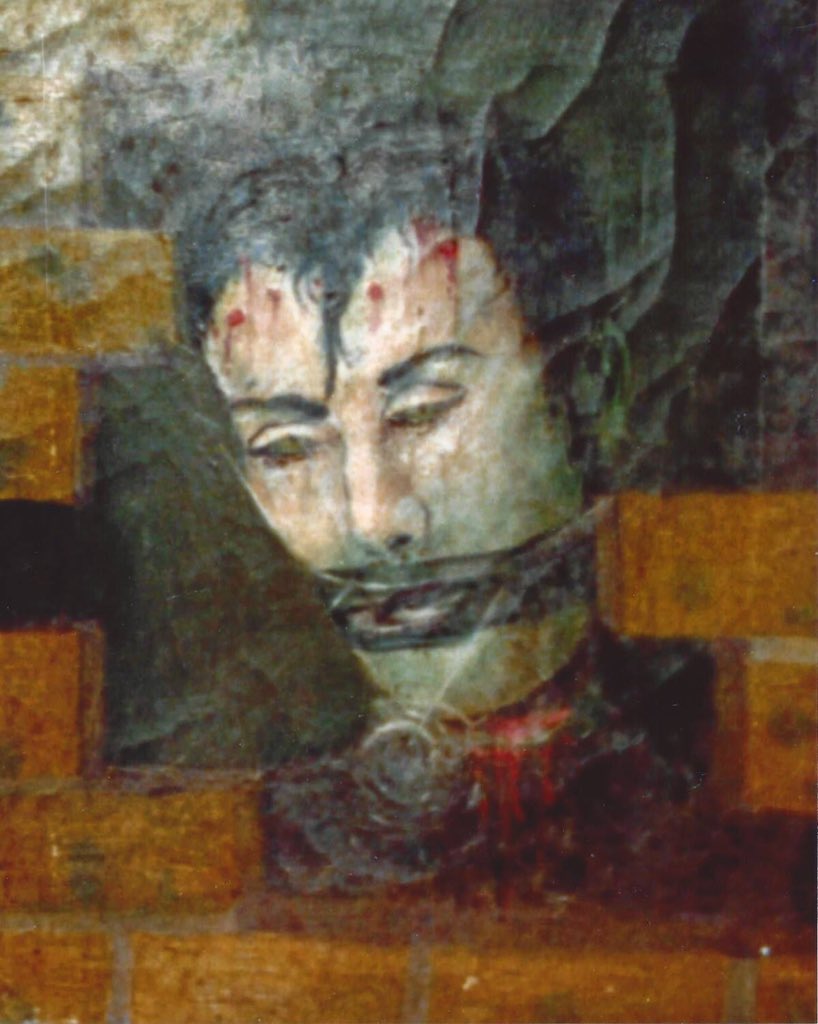 It was reported that Charles Scudder’s last words were, “I asked for this.” Certainly, a curious statement considering his violent demise. A self portrait painted by Scudder might offer some light to his strange remarks. Painted after a particularly bad dream, the portrait depicts Scudder bound and gagged with five bullet holes in his forehead. When asked about the painting by his friends, Scudder would say, “This is how I will die.” 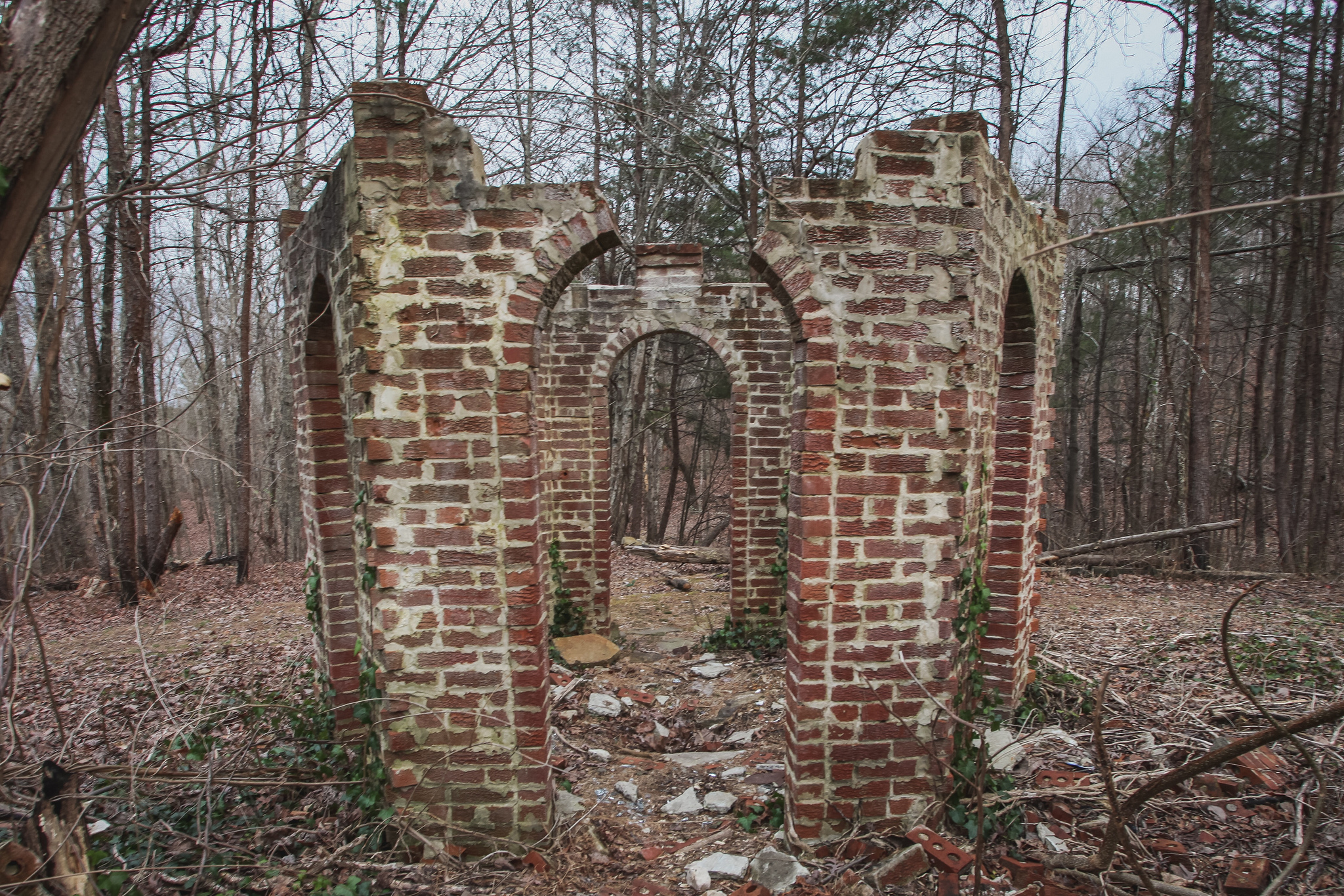 In the aftermath, Scudder’s estate was settled, and the property sold. Sometime in the mid-80s Corpsewood Manor and its strange chicken coop, burned to the ground. The bricks and foundation remain to this day, fading into the sickly trees it was named after. The site remains a popular destination among explorers and paranormal investigators. It is said that shadows can frequently be seen moving in the trees, accompanied by phantom screams, barking, and gunshots.