Before Johnny Torrio and Al Capone reigned in blood over the streets of Chicago, there was Salvatore Cardinella. Known among his peers as Il Diavolo, or the Devil, Cardinella built a criminal empire in Little Italy, where he ruled with fear and violence. Curiously, it is Cardinella’s activities after death that he would be most remembered for in one of the most bizarre chapters of gangland Chicago history.

By 1920, the Cardinella gang was at the peak of their power. Known for their “Black Hand” style of extortion, few dared deny him his due. Those that did quickly regretted it. Bombings were the go-to method of enforcement, resulting in at least 20 known deaths and hundreds of casualties over several years. The gang was known to also target speakeasies, brothels, and illegal gambling halls, winning no friends with rival gangs. 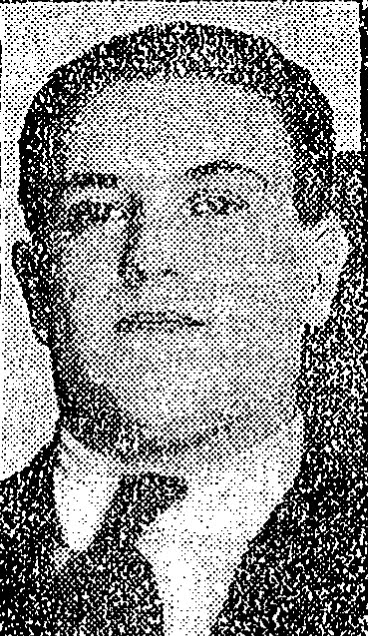 As empires rise, so to must they fall and Cardinella’s was no exception. In early 1920, one of his chief lieutenants, Nicholas “The Choir Boy” Viana was arrested. Among other charges, Viana was suspect in at least 15 murders and prosecutors were quickly making a case against him. Cardinella believed, and rightly so, that Viana would rat him out to save himself from the gallows. Unfortunately for the Choir Boy, his singing brought him no reprieve and he was sentenced to hang on December 10, 1920.

The writing was on the wall for Cardinella, he knew it was only a matter of time until they built a case against him as well. Strangely, instead of leaving town, which in those days would have almost certainly saved him from the law as extradition from state to state was still uncommon, he decided to stay and hatched an elaborate and audacious plot to cheat death. 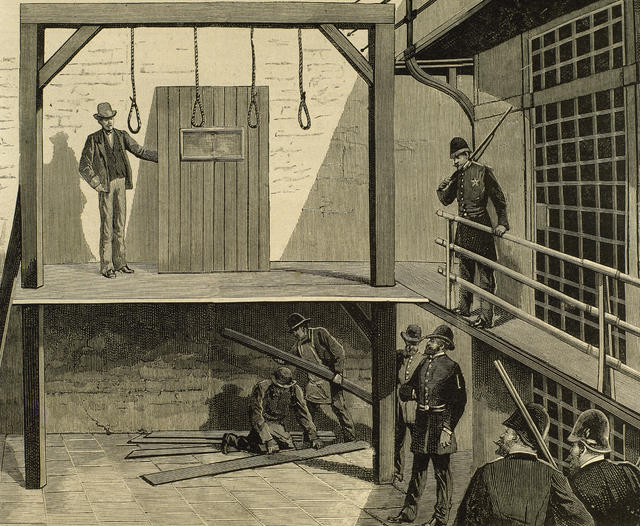 On the morning of December 10, as Viana was scheduled to die, Cardinella put his plan to action. He ordered an ambulance, staffed by his own doctors, to wait at the jail and claim the body of his former lieutenant. After Viana was hanged, his henchmen quickly loaded him into the ambulance and whisked him away to a rented room a few blocks from the jail. All the while the doctors administered CPR and administered drugs, desperately trying to revive him. After several minutes, the lifeless body of Viana shot up from the table and gasped for air; they had successfully brought him back.

As the confused Viana looked around the room, one face was very familiar, that of Salvatore Cardinella. It is unknown if that two spoke, or what was said, only that Cardinella put a bullet in Viana’s brain and there was no coming back from that.

While it reads as one of the most brutal revenge stories ever recorded, that was not exactly his intent. What Cardinella had done was proof in concept that, providing that a man’s neck was not broken by the gallows, he could in fact, be resuscitated. Good news for a man that would soon be sitting on death row himself. 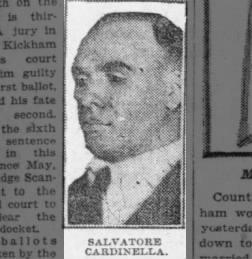 After a prolonged court case, ultimately settled in the Supreme Court, Cardinella had his date with the hangman, April 15, 1921. Though he had his plan in place, he would not go quietly to the gallows. In the weeks before, he went on a hunger strike, though in retrospect, this was likely an attempt to lose weight and increase his chances of not breaking his neck. On the day of his execution, he broke down and refused to leave his cell, ultimately being strapped to a chair. He was then carried to the gallows and hanged, chair and all.   This too was likely part of his strategy, as if he were seated, it would offer a shorter drop, thus being less likely to break his neck.

As instructed, his henchmen were on the scene with a specially outfitted hearse, equipped with an oxygen tank, heated bed, and various syringes. Something about their demeanor sparked suspicion in the deputy warden, who delayed the transfer of the body while he contacted the police. When the body was finally turned over to Cardinella’s crew, they began furiously working on the body as they sped toward their safehouse. It was then they were intercepted by the police, who could not exactly prove a crime in their activities but did further delay their efforts. By the time they were released, an hour had passed, and with it, all hope of reviving Salvatore Cardinella.