When first approaching Houska Castle in the Czech Republic, the astute observer might notice some peculiar features. Most notable is this Gothic era castle’s odd location. It seems to be placed in an area that offers little strategic advantage. Even more perplexing are the Houska’s defensive features, rather than facing outward to repel an attacking army, the defenses are facing inward, toward its own courtyard. As it happens, there is a decidedly disturbing reason for this. 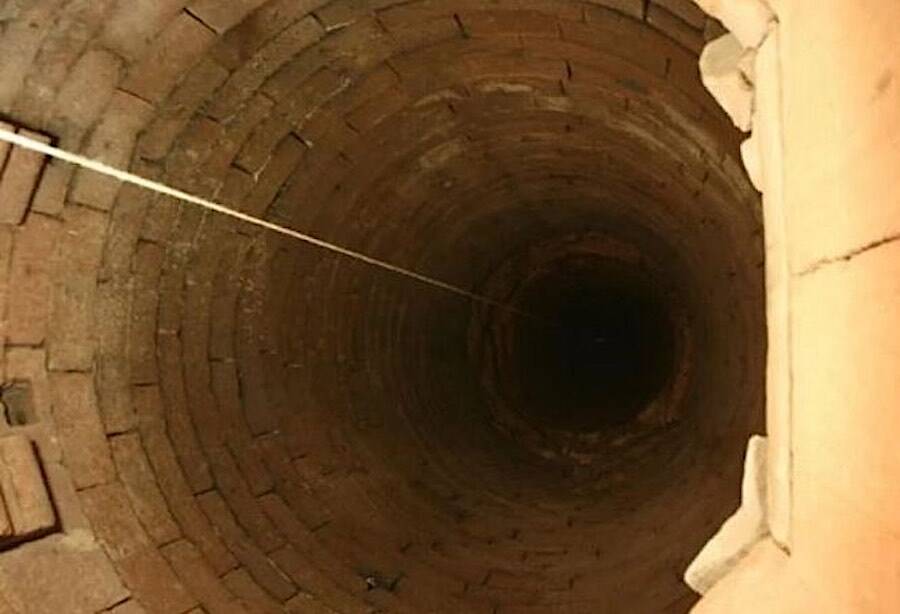 Houska, or more specifically, it’s chapel, was built over a bizarre hole in the ground that was not only said to be bottomless but was also said to be a literal portal to Hell. These claims date back to the castle’s construction in the late 1200s, describing unearthly horrors emerging from the pit and wreaking havoc on the local population. Among them are terrifying human-animal hybrids, frog-like demons, and winged abominations.

Allegedly, part of the labor force used to construct Houska was conscripted from prisoners serving life sentences. Among them, some were offered pardons in exchange for their consent to be lowered into the unholy pit, to report back what they saw… Generally, they began screaming in terror after plunging only a few meters into the darkness. Those who survived came back aged, their hair turned white, and their faces wrought with wrinkles. 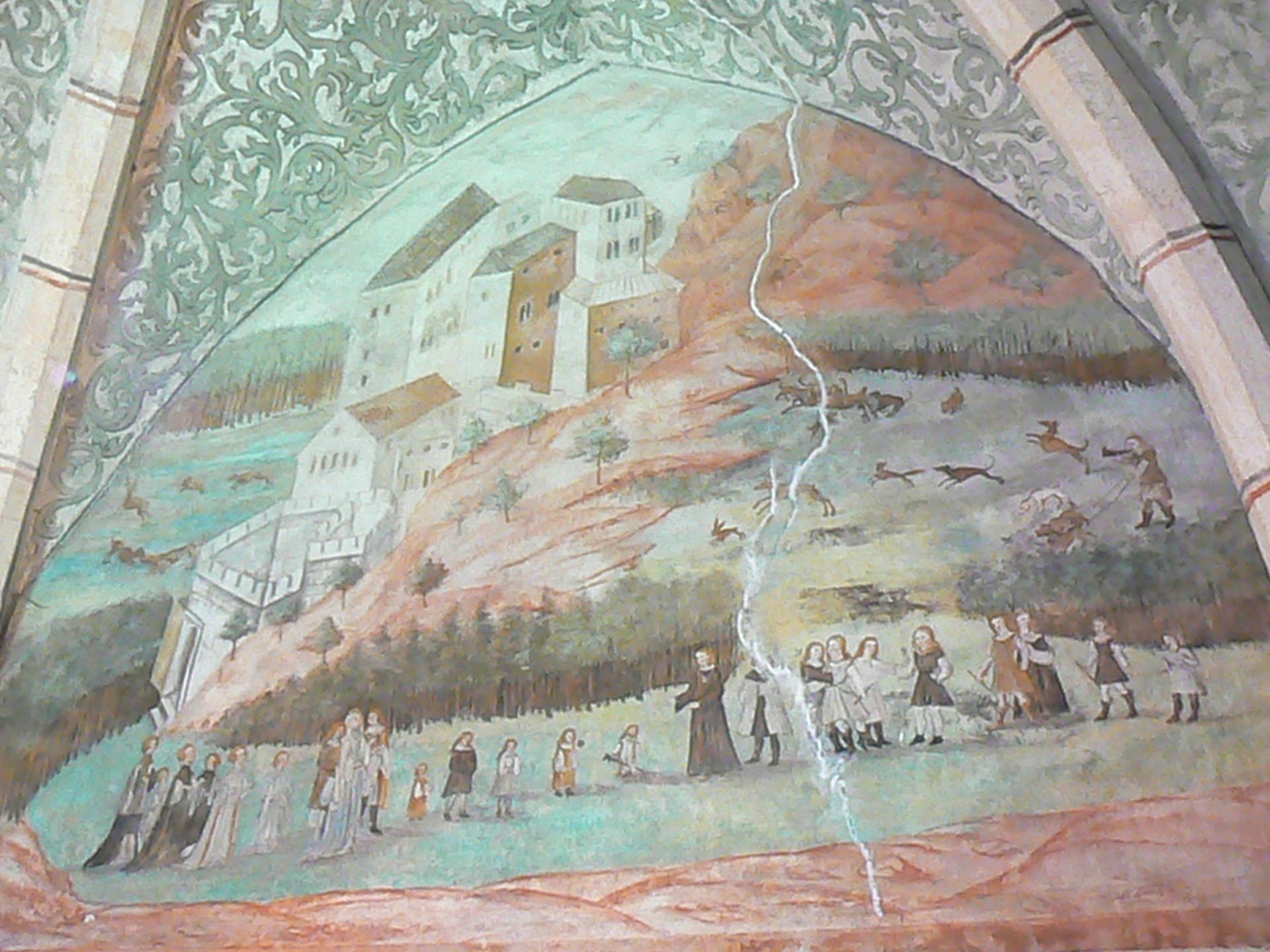 Houska was originally constructed by Ottokar of Bohemia, ostensibly as an administrative building. Considering its location among swamps and forests, having no source of potable water, and its proximity to Hell, it’s a strange place for any kind of structure, let alone a castle. After Ottokar, the castle passed into the hands of the local aristocracy and exchanged hands numerous times until 1924 when it was purchased by Joseph Simonek, then president of the Skoda Corporation. It remains with his descendants to this day. 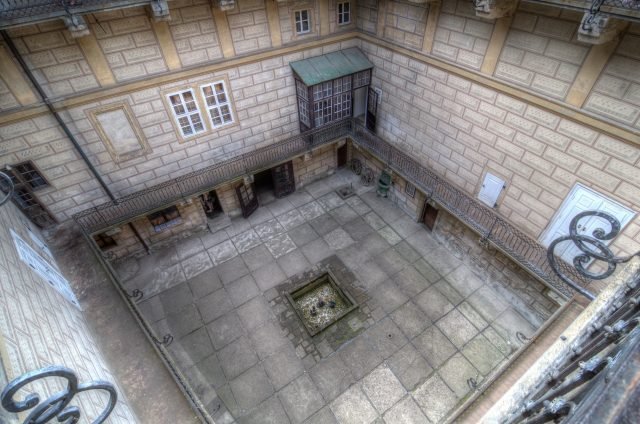 One of Houska’s darkest chapters occurred during World War II, when it was occupied by the Wehrmacht. Historically, we know that Hitler’s inner circle were fascinated with the occult and Houska Castle held a particular interest to them. Rumors and speculation are rampant at what kind of rituals and experiments were performed by the Nazis there, though it is generally assumed that the objective involved harnessing the powers of hell and weaponizing them for the war effort. One of the more credible rumors from the occupation states that Houska was the home to Henrich Himmler’s 13,000 books in his occult library. Another unsubstantiated claim is that the Spear of Destiny, the lance of Saint Longinus that pierced Christ’s side, was brought to Houska so that its secrets might be unlocked. It is said that whatever army wields this spear would be invincible. 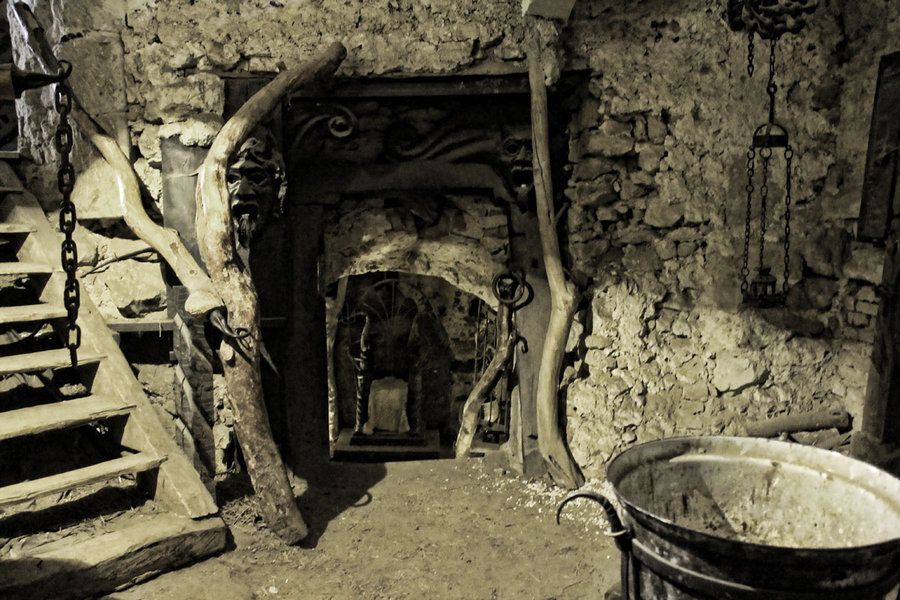 Rounding out all of the creepiness of Houska is the vast collection of ghosts lurking about the place. In addition to the spectral remains of a bullfrog-man, a headless horse, and an angry old woman, there is the legend of the Swedish Commander named Oronto who occupied the castle in the 1639. Apparently, he was well aware of Houska’s dark history and spent his time there performing various rituals, including human sacrifice, in order to curry some favor with Satan. As he continued on with his vile experiments, the locals who became increasingly agitated, finally enacting a plot against the Satanic Swede. The villagers gathered up their money, to the sum of about 100 pieces of gold, and paid a woodsman to hunt him down. The woodsman, being a particularly good shot with a bow, sniped him through an open window and killed him where he stood. Oronto is said to haunt the room where he was killed and is still pissed off at the sneaky woodsman. 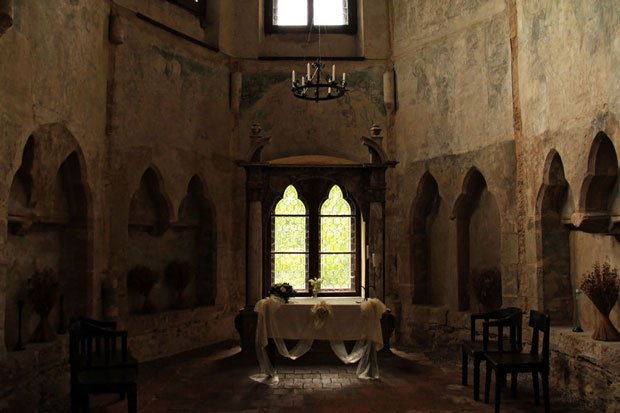 Houska Castle is currently open to the public and ranks high on my bucket list of dark tourist spots. Visitors are welcome to explore the legendary chapel with its now sealed portal to hell and enjoy the gothic era murals and paintings depicting the eldritch horrors that once roamed there.

“The Wood Museum of Hell” can also be found on the castle grounds, which contains wooden sculptures carved in the image of creatures that are said to have terrorized the woods around the place.

No word yet on whether or not there is a gift shop, however, rest assured if there is, I will find it and report back!