The haunting of the Hotel del Salto was inevitable. If a preternatural index of conditions exists by which an otherworldly wrath might be invoked upon a place, then this structure certainly checks its share of boxes from the list. A brief examination of the history should be sufficient that even a skeptic might agree, if the hotel is not cursed, it ought to be. 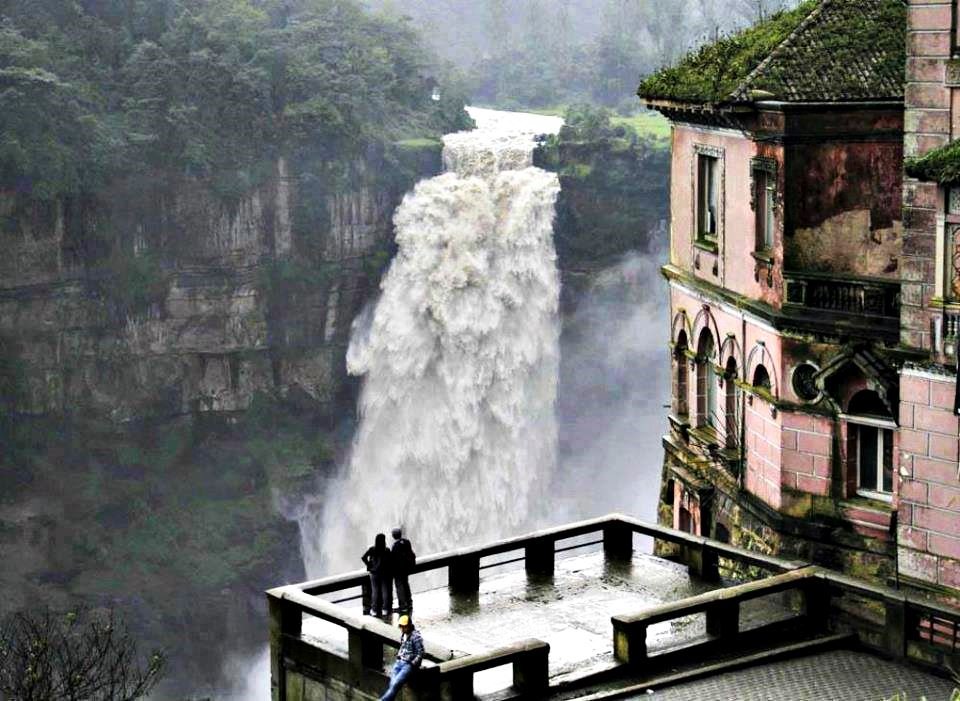 The structure is perched on a mountain ledge overlooking Tequendama Falls on the Bogotá River, roughly 20 miles south-west of Bogotá, Colombia. Words do not serve justice to the awe-inspiring vista and natural beauty of the place. One would be hard pressed indeed to find a more picturesque place to build your home, which is exactly what celebrated architect Carlos Arturo Tapias did in 1923. 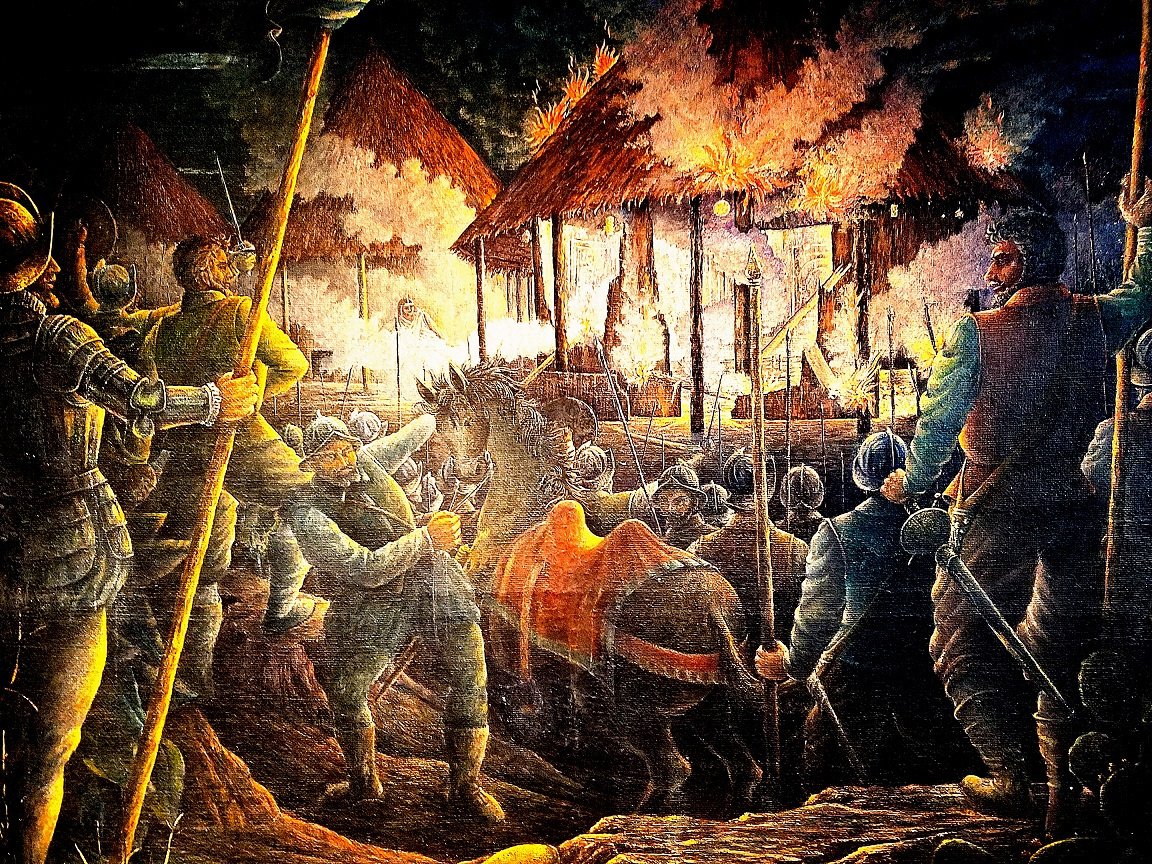 The area around the falls, however, was already home to the Muisca people, and had been for nearly twelve thousand years. Of course, this had changed during the Spanish colonization, when the Muisca culture was violently assimilated and nearly destroyed. The falls at Tequendama, translated as “he who precipitated downward” have always been sacred to the Muisca and are included in many of their creation myths. The myths took a tragic turn as countless Muisca, refusing to submit to Spanish slavery, threw themselves from the falls. They believed if they leapt from that sacred place, their spirit would transform into an eagle, allowing them to fly to freedom. Whether drawn to the romantic legends, or simply as an effective exit, suicides at the falls are still common. 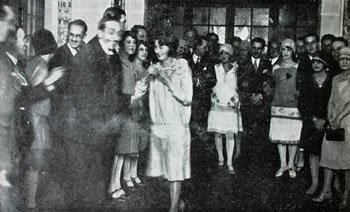 In 1928, after the structure was remodeled and expanded, it opened as the Hotel del Salto, translated as the “Hotel of the Leap.” It catered to the Bogotá elite and hosted gluttonous galas and pretentious functions, though it did not take long for its dark history to catch up. Guests frequently reported hearing screaming throughout the hotel at night, as well as voices speaking in an unknown language. One particularly disturbed guest brutally murdered a young socialite, allegedly to appease the voices. Her spirit is said to remain, seeking vengeance. An alarming number of suicides have occurred on the property, as well as several guests mysteriously falling to their deaths from the hotel balcony. While generally chalked up as drunkenness or misadventure, the sinister history of the hotel leaves more than a little doubt. Bizarre mud and rockslides have also been documented along the access road to the hotel, the circumstances often being blamed on the paranormal. 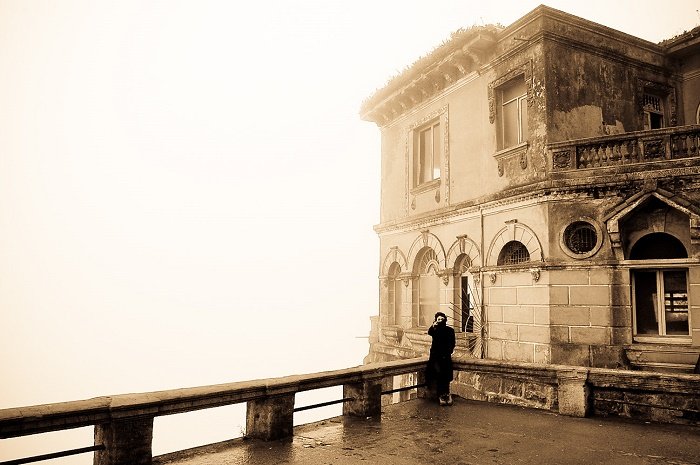 By the 1950s the hotel’s creepy reputation was well established, and an extensive remodel was planned. However, this was not to be. Over the years, the growing city of Bogotá increasingly polluted the river with unmitigated human waste and industrial pollution, gradually destroying the ecosystem and natural beauty. By the time Hotel del Salto closed in the early 1990s Tequendama Falls held the dubious honor of being the largest human waste fall in the world. 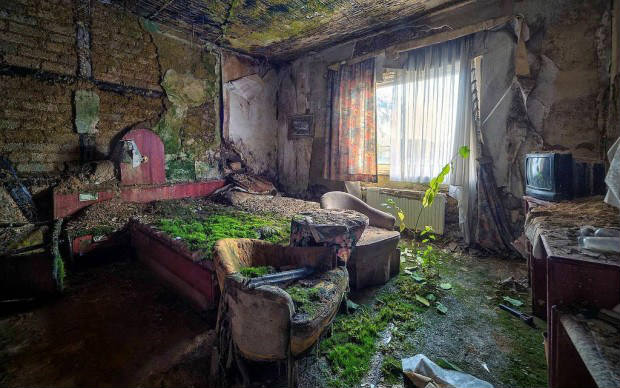 It sat abandoned for two decades, rotting in its decadence, home to squatters and ghosts. During that time, the Columbian government developed a more eco-minded attitude and began regulating their pollution and reversing the environmental damage. In 2011, the hotel would be redeemed, benefiting from a complete renovation and rededication as the Tequendama Falls Museum of Biodiversity and Culture. In now stands as a cultural hub and symbol of Columbia’s environmental pride. 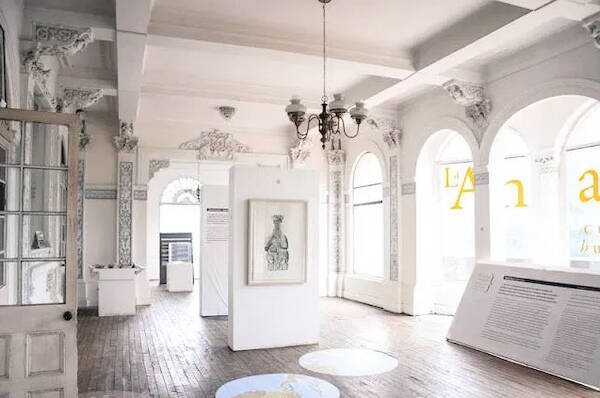 The museum keeps standard nine to five hours and is empty of visitors during the typical hours of reported paranormal activity. Thus, it is not known if the change in karma has brought any peace to the troubled spirits of the Hotel del Salto.